4,300 fans will be welcome at M&T Bank Stadium for Ravens v. Steelers 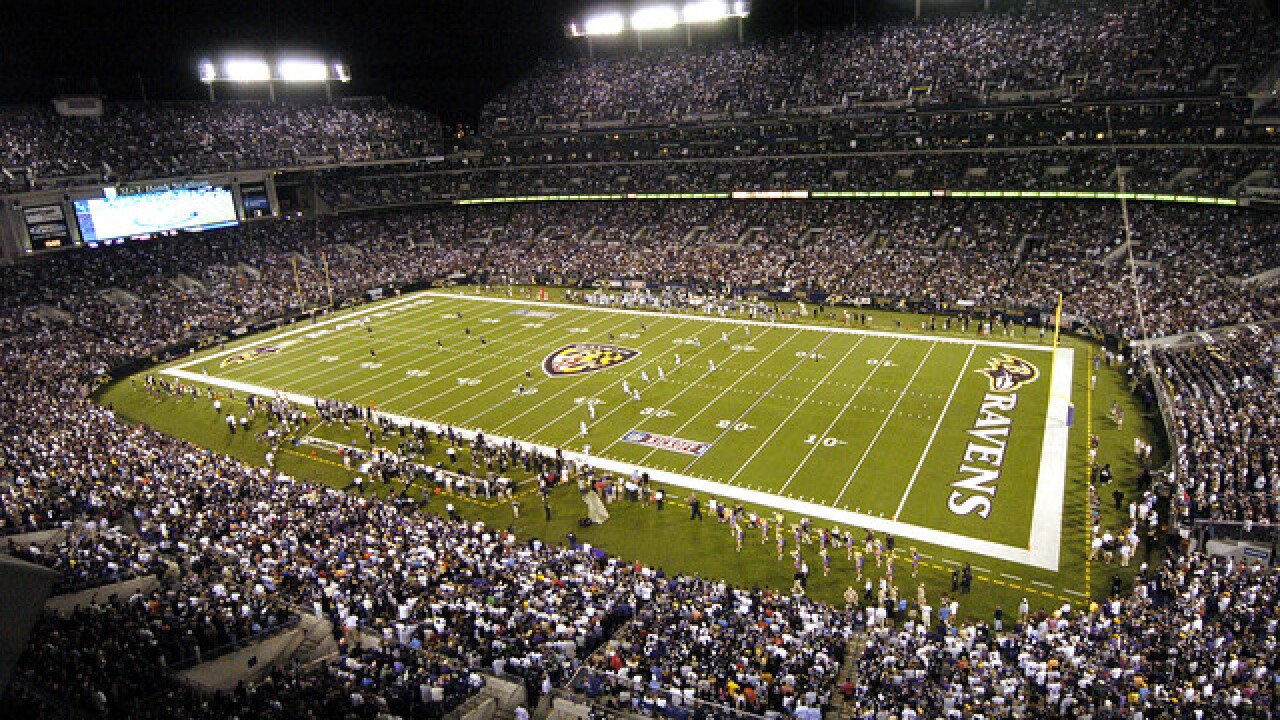 BALTIMORE — Following last week's order from Governor Larry Hogan allowing some fans to return to the stands for Ravens games, the team and Mayor Jack Young have agreed on a number.

Beginning November 1 against the Pittsburgh Steelers, 4,300 fans can return to M&T Bank Stadium.

Under the plan, the Ravens will allow approximately 3,000 fans into lower bowl seats, 800 people into club-level seats, and 500 fans into suites.

The upper bowl will remain closed off for now.

RELATED: Hogan says some fans can return to the stands for Ravens, Washington games

Tailgating is still not allowed anywhere within 1,000 feet from the stadium or any lot associated with it.

Earlier this week, the Ravens announced a lottery system that would determine which season ticket holders could attend.

Statement from the Ravens on hosting fans at M&T Bank Stadium. pic.twitter.com/VcwibTYNZH