Mosby to toss out 800 cases of 25 corrupt cops, names Detective Suiter in list 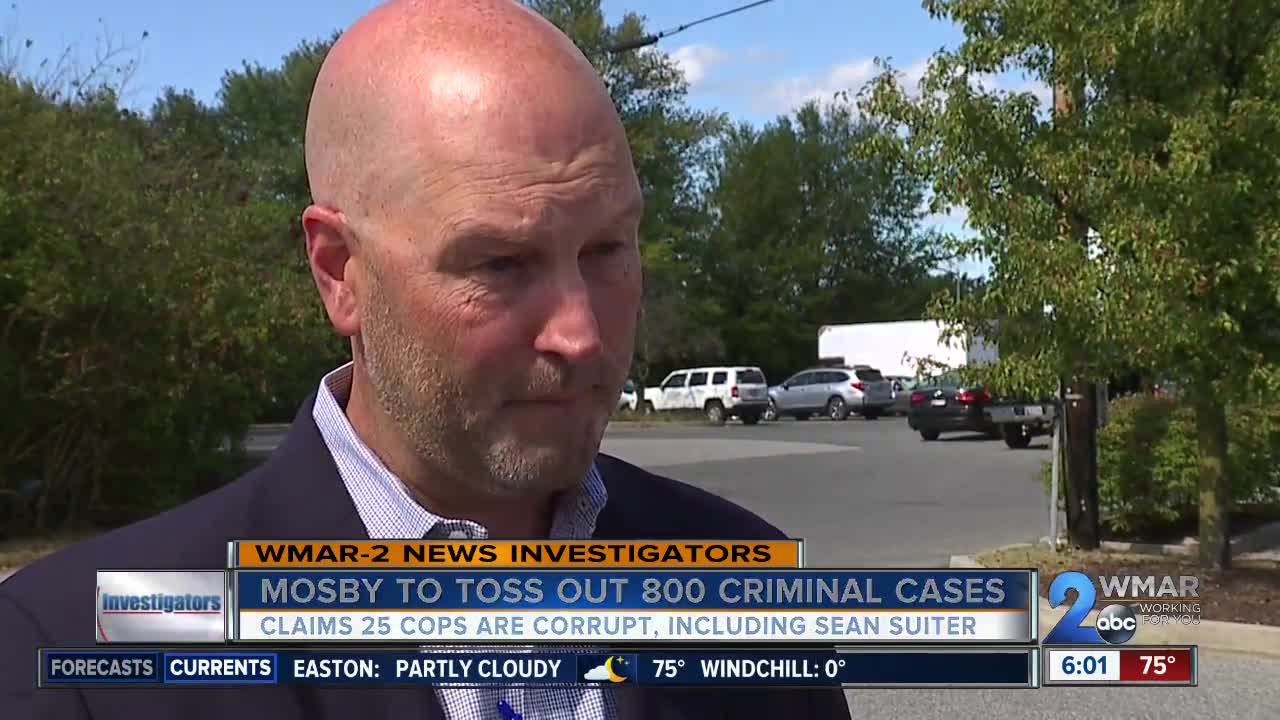 Baltimore State's Attorney Marilyn Mosby is tossing out almost a thousand criminal cases she says are connected to crooked cops.

Mosby’s office said today in a statement, “Prosecutors are held to an ethical standard of pursuing justice over convictions, and when you have sworn police officers involved in egregious and long-standing criminal activity such as planting guns and drugs, stealing drugs and money, selling drugs, making illegal arrests, and bringing false charges, our legal and ethical obligation in the pursuit of justice, leaves us no other recourse but to “right the wrongs” of unjust convictions associated with corrupt police officers. Police corruption is a hindrance to public safety, puts the lives of hard working and dedicated officers at risk, and limits our ability as prosecutors to deliver justice on behalf of the citizens of Baltimore.”

But some believe, this move could set free rightfully convicted violent criminals.

Johnson, who is also with is with the nonprofit, Law Enforcement Legal Defense Fund says for those cops convicted of wrong-doing like the members of the Gun Trace Task Force, those convictions should absolutely be looked at and possibly vacated, but there are 25 names on Mosby’s list including slain homicide Detective Sean Suiter, who was never proven to be involved in any corruption before he was shot to death in a West Baltimore alley in 2017.

Johnson says, questioning the credibility of an officer on hearsay is a dangerous precedent.

"There are 800 cases out there of people who have been convicted or would be convicted in the future that potentially committed crimes and that could be preserved, up to and including murder, because Detective Suiter was a homicide detective."

It is a ruling that would not only affect the defendant, but the victims of those crimes.

"I think it is really bad,” Kevin Fenwick said. “Not only for me, a lot of other people as well that is re-living a nightmare all over again."

Fenwick's son Kendal was killed in 2015 as he was erecting a fence outside his Park Heights home to keep the drug dealers out.

That case was Sean Suiter's first closure in homicide.

Kendal's father today still thinks fondly of the detective and the work he did for his family, but now, he fears Marilyn Mosby is putting that conviction, and the relief it provides his family, in jeopardy.

"I don’t think, not only my family but anyone's family, would want to relive this all over again because like I said, this person was caught, trialed and should be held accountable for what he done,” Fenwick said standing outside his son’s home today. [Will you be nervous until you know whether or not this case will be looked at?] “Definitely,” Fenwick responded. “definitely."

It is unclear which cases Mosby will be targeting.

Her office says she will file these motions in batches twice a week for a month; the total number of cases to be tossed is 790...but that could go higher.

Of those 25 officers, three are still currently working for the Baltimore Police Department and one, Officer Kenneth Ivery had a case charged by the state’s attorney’s office as recently as Tuesday.

Many officers on the list have not been charged or convicted with anything and experts say Mosby's office should be able to provide information on why those officers, including Suiter, can no longer be trusted.

The Baltimore Police Department declined comment on this story.