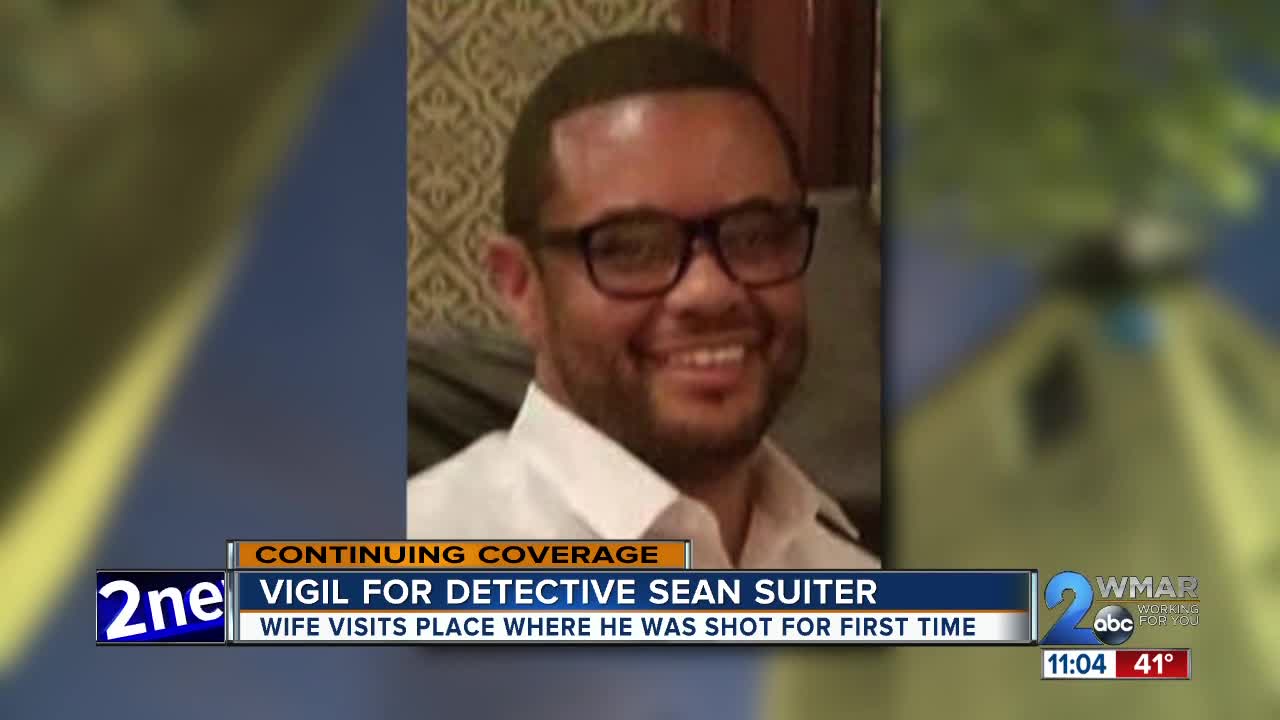 In an alleyway in one of the worst neighborhoods in West Baltimore Detective Sean Suiter was shot and killed a year ago. 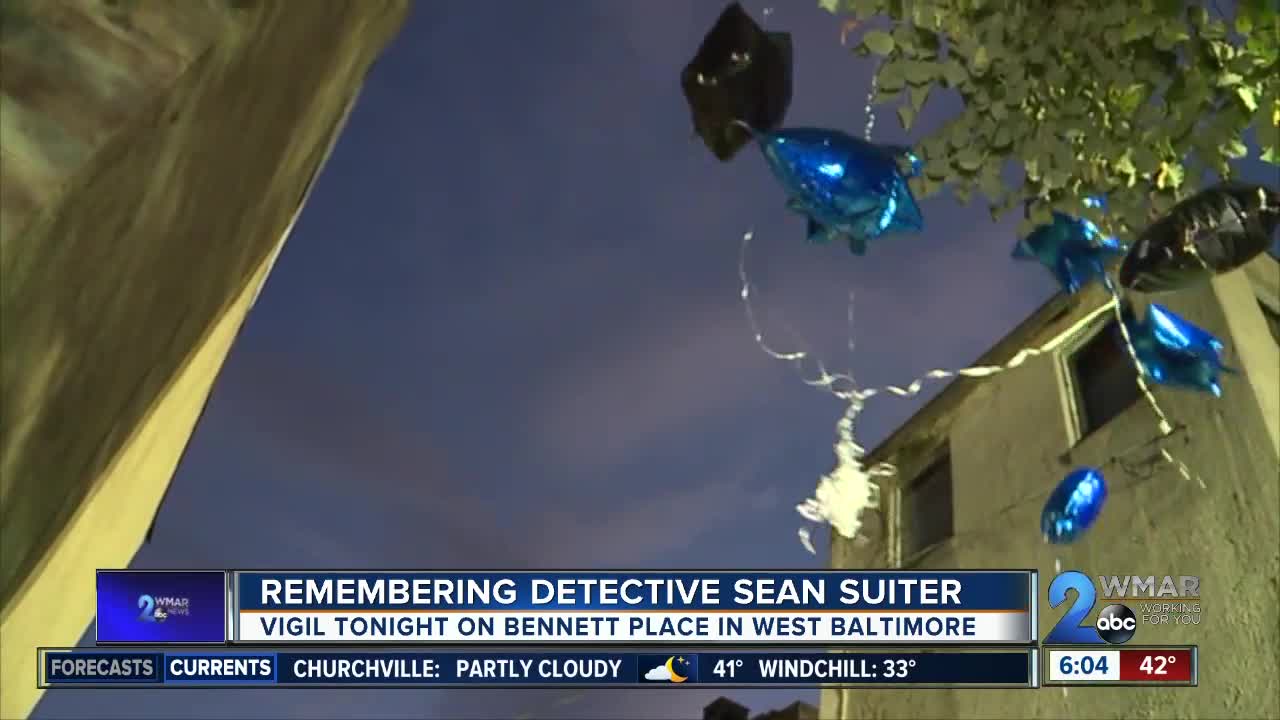 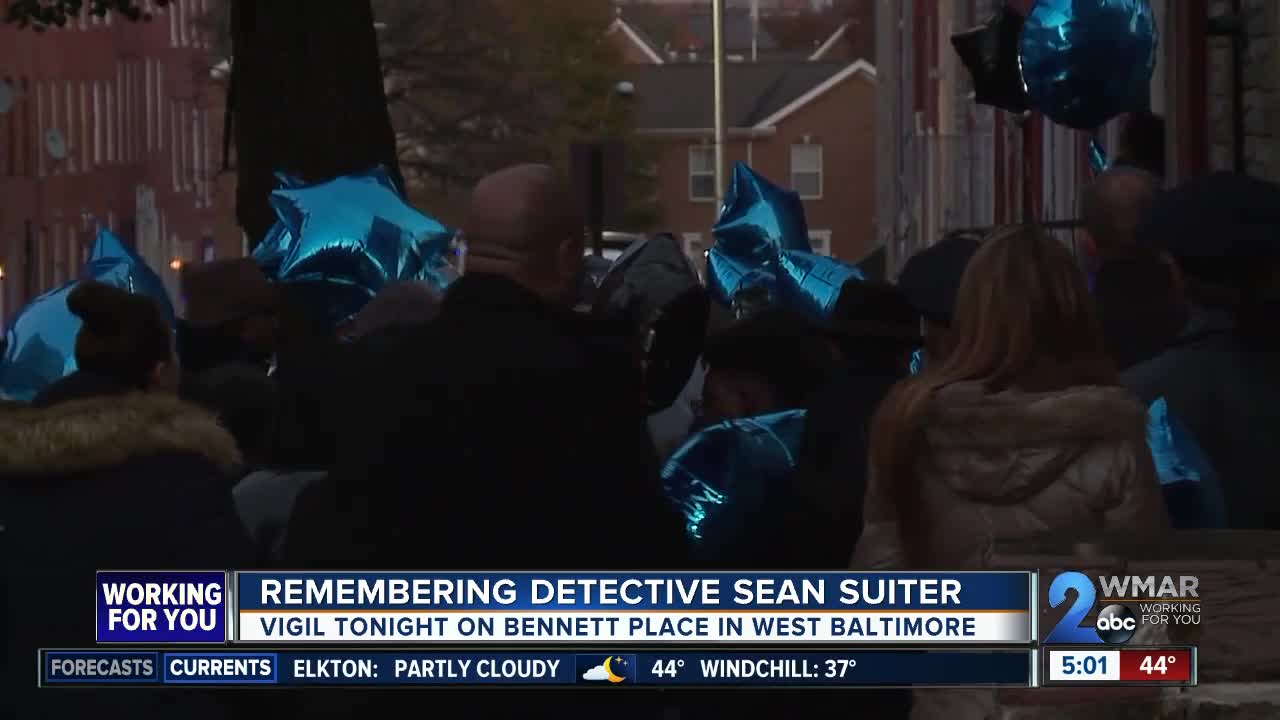 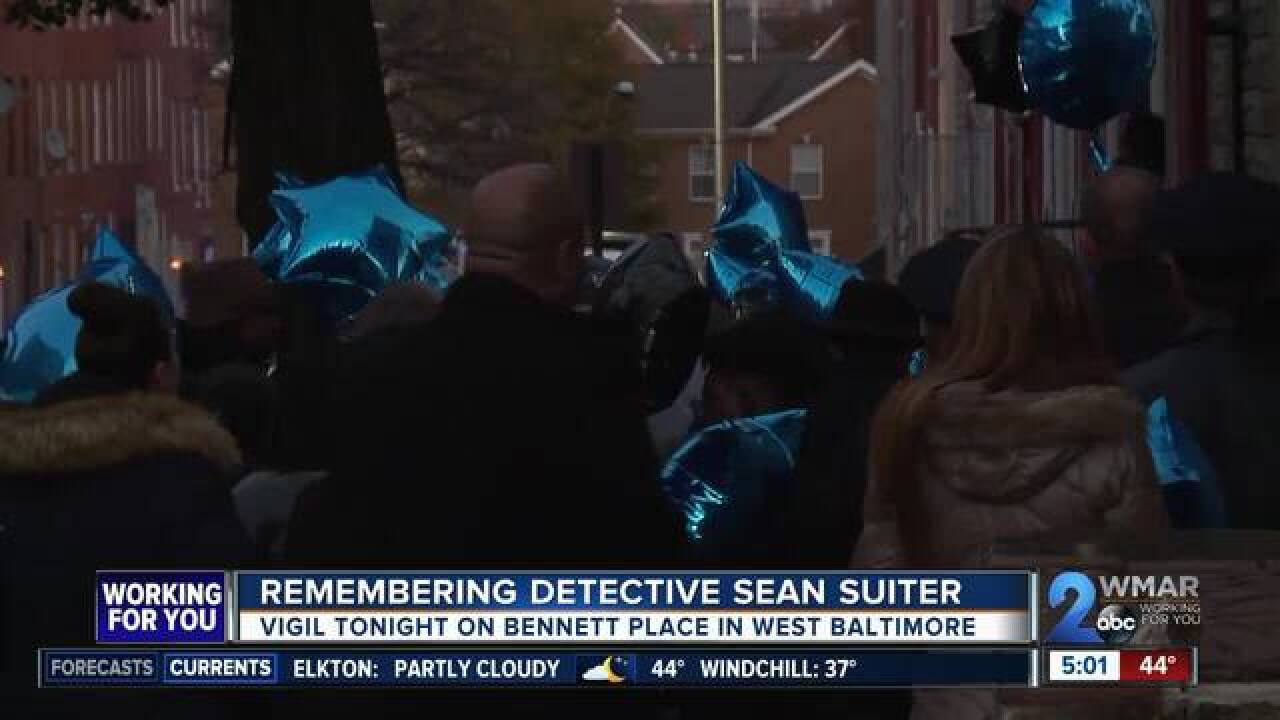 In an alleyway in one of the worst neighborhoods in West Baltimore Detective Sean Suiter was shot and killed a year ago.

On Friday his wife, family, and brothers and sisters from the Baltimore Police Department reminding people what happened there.

It was the first time Sean’s wife Nicole Suiter has been on Bennett Place.

“It’s hard now yeah, it’s like we’re licking our wounds and it hurts all over again,” Nicole said.

The prayers and the support from friends, family, and Sean's former coworkers at the police department giving her strength.

Seeing where it happened for the first time.

Three rounds fired— the fatal shot to the back of his head.

An independent review board spent months investigating and concluded that suiter killed himself.
Nicole Suiter said the man she loves didn't take his own life, and the person who did is still out there.

Interim Baltimore City Police Commissioner Gary Tuggle told the crowd he didn’t know Sean but that the detective made great contributions to the city.

“For any measure of improvement that we’ve seen, he contributed to,” Tuggle said.  “That’s the part of the legacy he left you. I hope I pray that you’ll let that uplift you every single day because he loved it.”

Sean’s first cousin Kevin Basil said his passion for peacekeeping started at a young age and turned into a career.

“When I pray I still talk to him and man it’s just hard to believe it’s been one year,” said Basil.

A small step coming back to the sight that has caused so much pain.

Only the medical examiner can change the cause of death from homicide to suicide.

Suiter's family plans to take legal action if the cause of death is changed to a suicide and the case is closed.

Back in August, an Independent Review Board commissioned by former, and federally charged, Baltimore City Police Commissioner Darryl De Sousa announced its thoughts on the detective's death. After four months and 225 hours pro bono work interviewing more than 30 people, the IRB concluded Suiter killed himself, going against the state medical examiner who had originally determined Suiter's death a homicide.

In the 200 plus page report, the IRB cited ballistic evidence, the autopsy, and videos for how it reached its conclusion.

But that report was met with much criticism because of blatant errors, lack of key people being interviewed and even documents obtained by WMAR 2-News that question the main theory of the board.

Suiter's family says they plan to take legal action if the cause of death is changed to a suicide, and the case is closed.