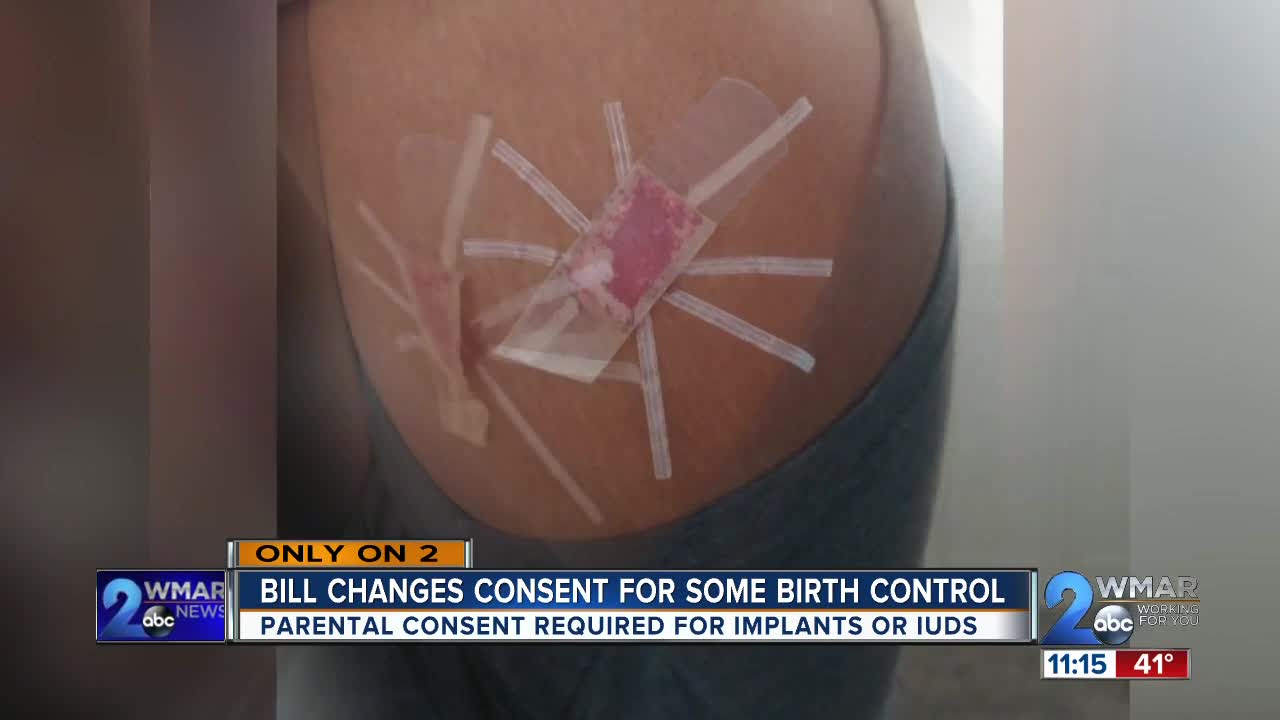 The legislator proposed the measure after seeing WMAR-2 News Mallory Sofastaii's report on a 16 year old girl who received a birth control implant while at school. 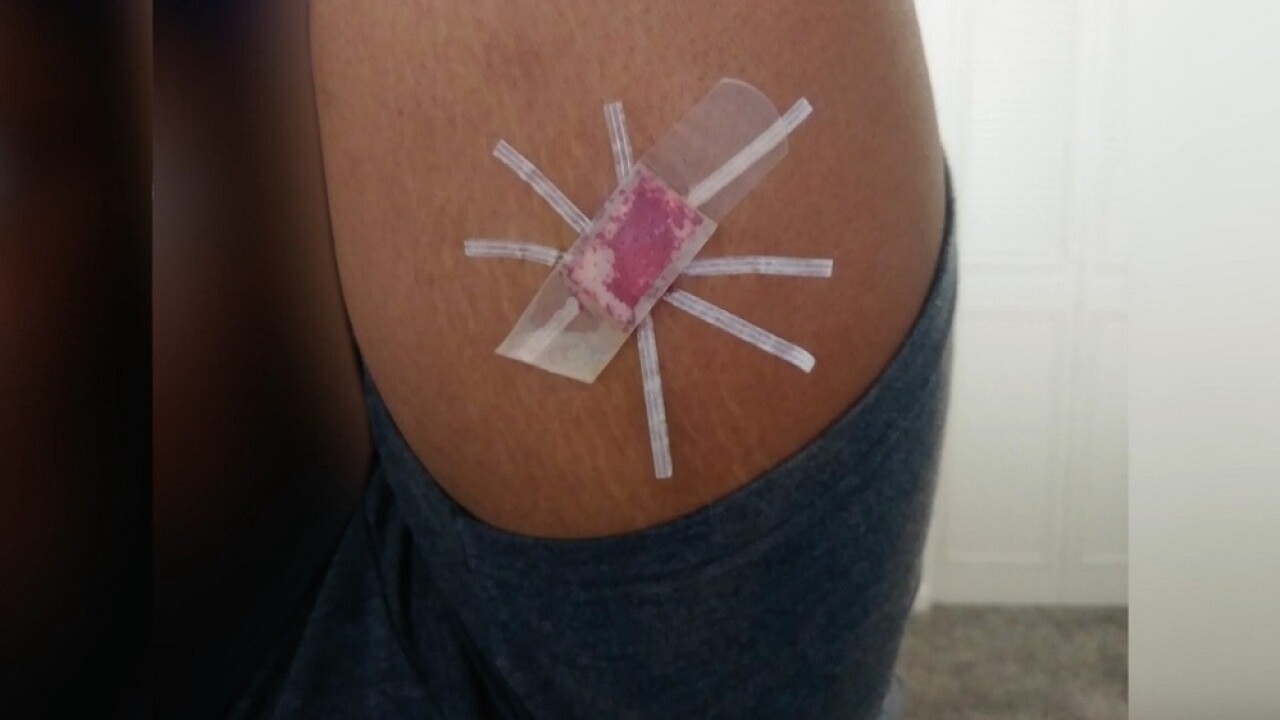 The legislator proposed the measure after seeing WMAR-2 News Mallory Sofastaii's report on a 16 year old girl who received a birth control implant while at school.

Nicole Lambert learned from her child's pediatrician that her daughter had Nexplanon, a form of long-acting reversible contraception, implanted in her arm and it wasn't by her doctor.

“She was like the school did it. The nurse at the school,” Lambert said.

Lambert had received calls from the school for permission to dispense other medications, but never this.

“They call me for Tylenol, but they don't call me about birth control,” said Lambert.

Lambert found out after her daughter started complaining about headaches and a pain in her arm.

“As far as where they put it at, it was incorrectly inserted and they had to rush to take it out of her,” said Lambert.

To avoid complications such as blood clots, it was recommended the contraceptive be removed.

“I instantly started crying because just to hear that your child, anything could happen to your child, and you didn't even know what's going on, it's a scary feeling,” said Lambert.

“It's time to update the law that's 50 years old, it just doesn't make sense. I think at that time they were probably just talking birth control pills, to allow schools to be able to do that, and this bill doesn't affect that at all that can still happen,” Parrott said.

His bill, which is sponsored by three other delegates, would require parental consent for inserted or implanted contraceptive devices such as Nexplanon or IUDs.

Rebecca Thimmesch, campaign manager for Free the Pill with Advocates for Youth, is opposed to the bill and believes the measure is an encroachment on minor's rights.

“We feel it's a slippery slope in chipping away at young people's access to care in the state of Maryland,” Thimmesch said.

Instead of pointing the finger at the law or a person's age, Thimmesch believes it falls to parents.

“What I say to parents is if you want to be involved in your child's health care choices and in their health care then that's on you actually to be creating that trust with your child, to become an askable parent and to be someone your child feels comfortable to because that's the easiest way to get the information, right?,” said Thimmesch.

But there's still information Lambert and her attorney haven't been able to retrieve from the school system including whether the nurse reviewed her daughter's medical history, if there was any kind of follow-up, and how many other parents are also in the dark.

The attorney representing Lambert doesn't believe the bill goes far enough in protecting students because it still leaves open the possibility of a school performing injections on students.

Of the bill sponsors, none are from Baltimore City. WMAR-2 News Mallory Sofastaii reached out to the delegates representing Baltimore for their take on the bill. This story will be updated.

WMAR-2 News also contacted several other school systems in the area to ask about their birth control policies. Their responses are below.

Anne Arundel County:
Does not provide birth control in schools.

Howard County:
Birth control is not being dispensed at the three traditional school-based health centers. The other health centers are all telehealth.