Protecting your assets: Estate planning attorney explains why a will is not enough 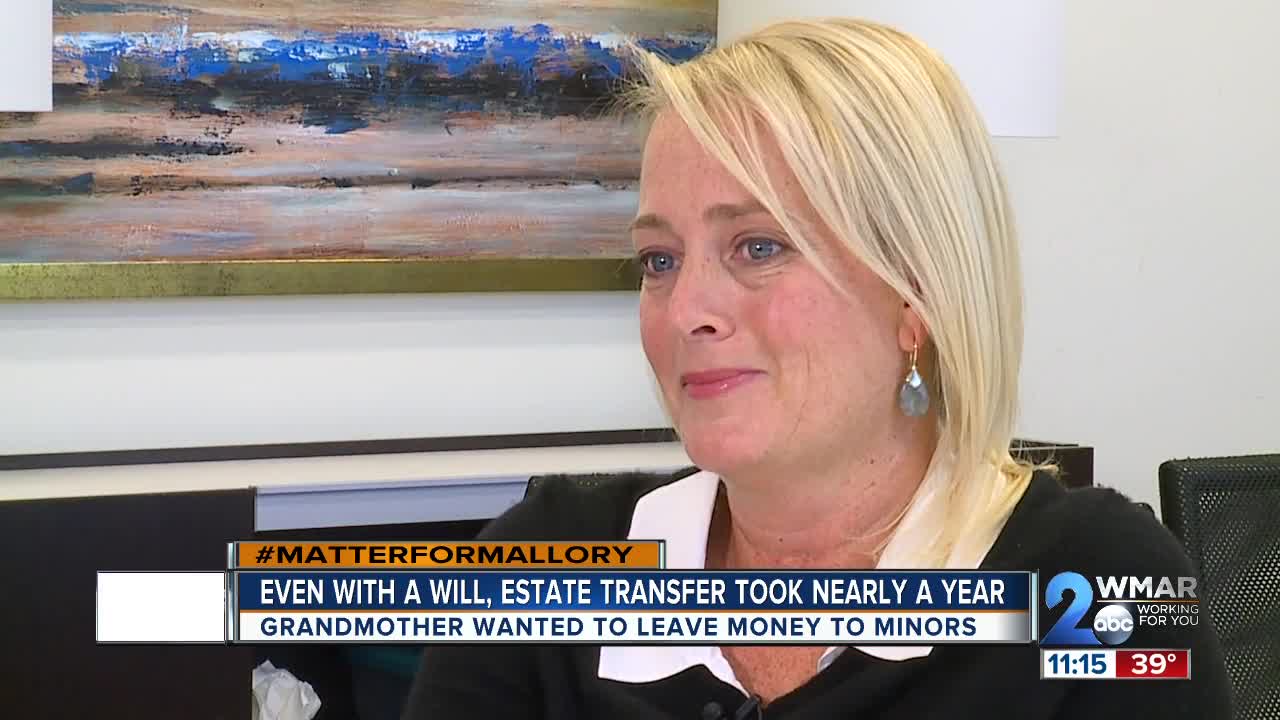 A local mom shares her story of how a loving gesture turned into a legal nightmare. 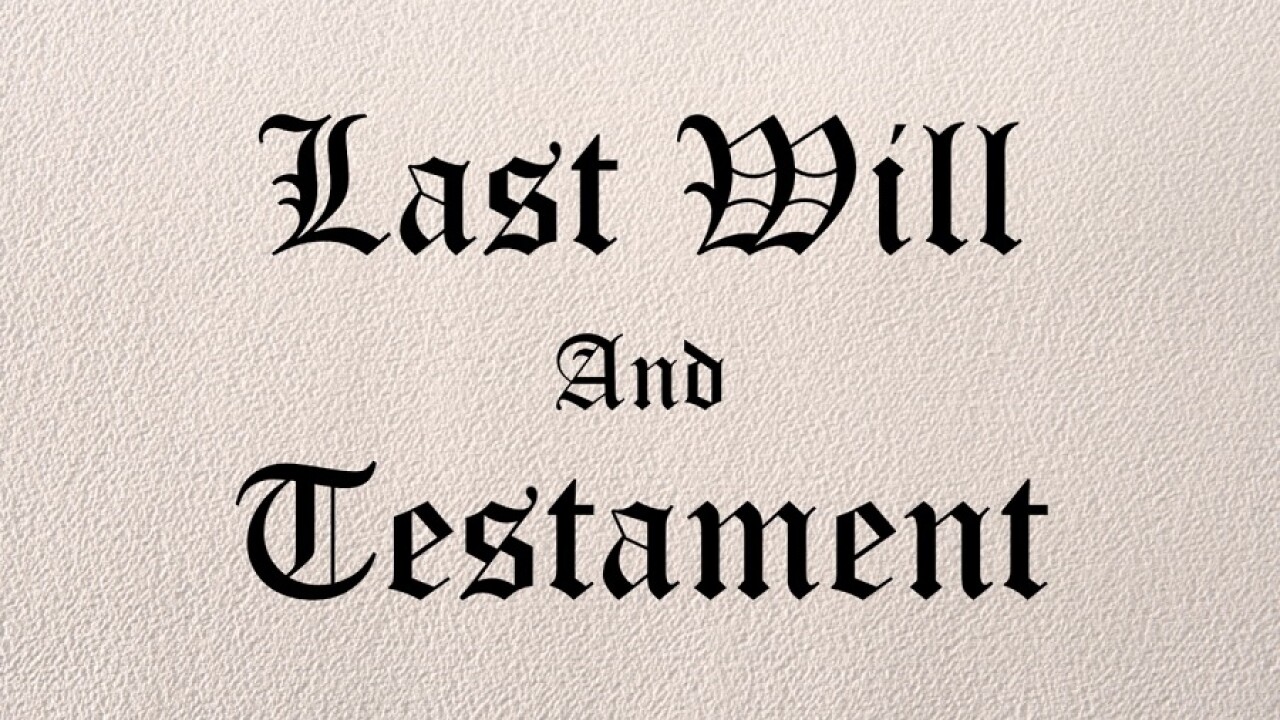 BALTIMORE — In her last act, Heather Cook Kase's mother-in-law left her grandchildren part of her estate. She wanted to gift them something in her absence, but it wasn't the smooth process she had hoped.

“In the state of Maryland, it is pretty tricky,” said Cook Kase.

First, she had to apply to be the guardian of her own children.

“And I was denied three times. They said, ‘no, you're not fit to be the guardian for your children,’ which is pretty strange but it was more of a paperwork thing, checking the wrong box,” said Cook Kase.

Next, she had to buy bonds, find a company, pay for them out-of-pocket, go to the court then apply for the money to be released.

“And then once you get that done, you have a limited amount of time to get to the bank and make sure the money is released in these very properly titled accounts and if one word is wrong on it then the court will say it's wrong and you have to go back and forth,” Cook Kase said.

The estate transfer took nearly a year. Cook Kase’s mother-in-law passed away in October 2017 and everything was set-up at the end of August 2018.

Cook Kase said her mother-in-law never meant for this to happen, and she had no idea the process could’ve been a lot simpler.

“If her mother-in-law had simply set up a trust for the children and that money had been funneled into a trust or existed in a trust when she had passed, everything that she has been through could've been avoided,” said Nicole Hewitt, an estate planning attorney.

Hewitt’s business is preparing people for the end.

It's not always pleasant to think about, but saves her client’s families time, money, even relationships

“If there’s a situation where you get to a point where you can’t speak your wishes, or you’re not competent to make those decisions then it becomes a whole court process and that can really lead to some dissent between family members,” Hewitt said.

Her advice is to have the tough conversations now, and routinely sit down with an expert instead of an online form.

“When they have bought a house, when they've had a child, when there has been a birth or a death in the family or some sort of financial change,” Hewitt said.

The alternative, as Cook Kase learned, could lead to a lengthy court process when you just want to honor your loved one's wishes.

“God forbid something happened to you and an aunt or uncle or grandparent is stepping to care for them. If you left means to support them, it'll be very difficult for them to access that,” Cook Kase said.

Pre-planning takes the guesswork out of deciding final arrangements. It can also be less costly. Many funeral homes will allow you to lock in today's price rates.

Hewitt answered a number of other questions including what should you do with your social media assets. See her answers below.