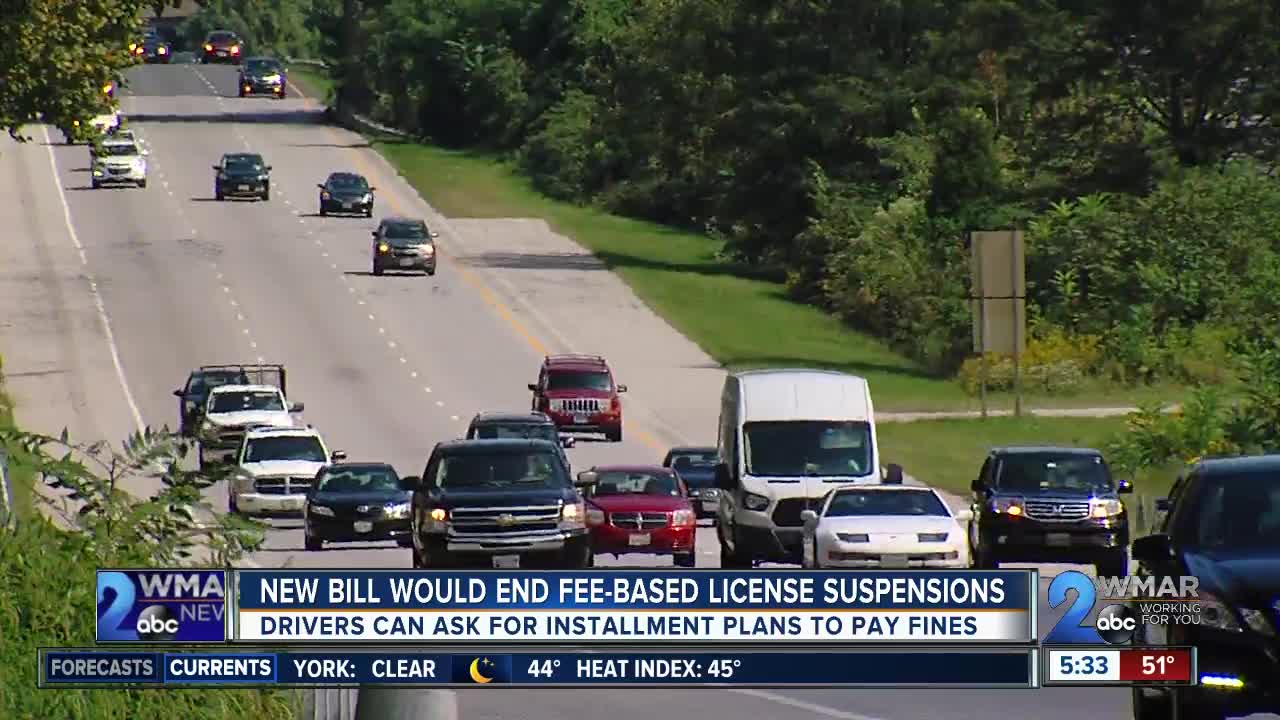 Tens of thousands of drivers could get their licenses reinstated if a new bill becomes law.

BALTIMORE — Tens of thousands of drivers could get their licenses reinstated if a new bill becomes law.

These are people who have had their licenses suspended because they didn't pay fines or fees related to minor traffic offenses. The bill introduced today by Attorney General Brian Frosh repeals the authority of the Motor Vehicle Administration to suspend licenses for this reason.

Frosh said there are 107 pages of fine and fees you can get that if you fail to pay will result in the loss of your driver's license and when he brought this issue to legislators, he said two actually told him this has happened to them.

If the bill passes, tens of thousands of drivers could have their licenses reinstated, Jason Butler is one of those drivers.

He received a traffic ticket and didn't pay the penalty or court fees because he was struggling to pay bills. Butler has four sons.

He said his priority was to feed his kids, pay the electric bill, the driving fines took a back seat and because of that, he was arrested.

Many people, like Butler have had to make this decision, drive on a suspended license to get to work or lose their job.

The bill doesn't mean that if you receive one of these fines or fees you don't have to pay it, the MVA can seek a civil judgement and take legal action to collect the money they're owed.