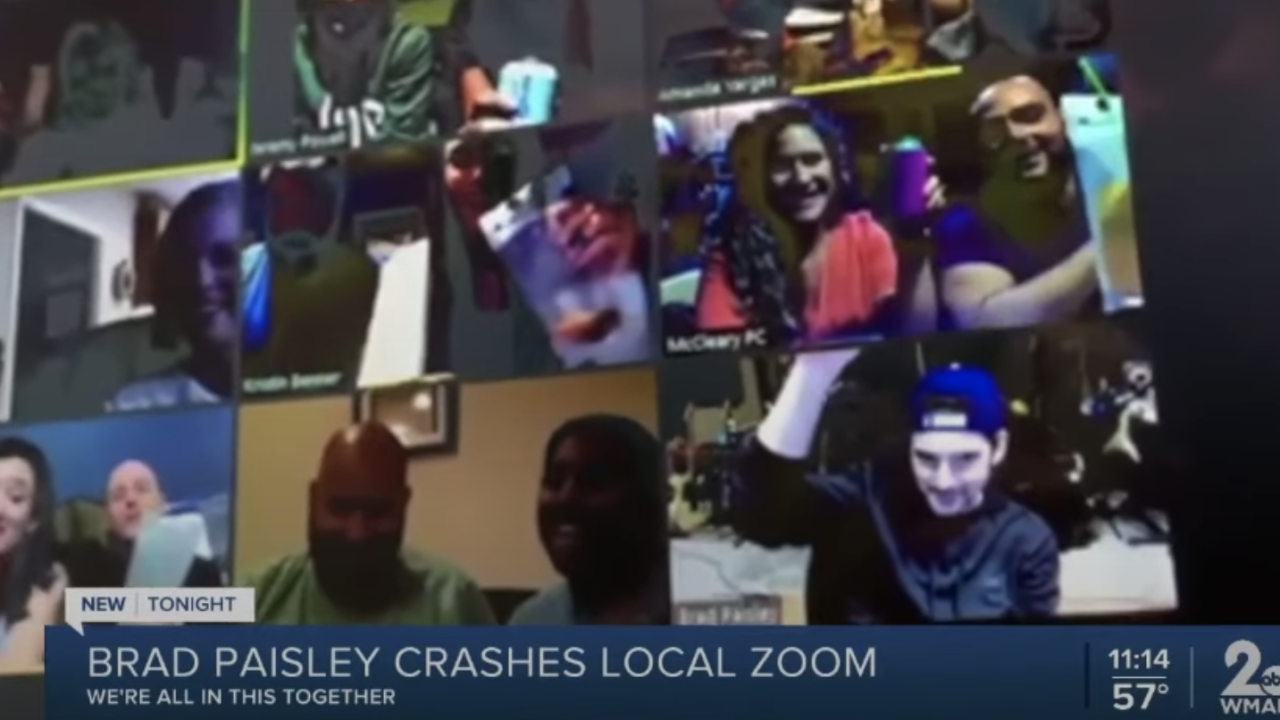 In April, we covered a story about Paisley crashing a Calvert County couple's Zoom call with friends.

That couple, Justin and Teaka Knapp, are also shown in the video.

"We were sitting there, getting ready to play and all of the sudden, a block comes up on the corner of the screen and says Brad Paisley and we were like what," said Justin Knapp.

The video is made up of zoom videos sent in by fans all over the world during the COVID-19 pandemic.

Paisley was scheduled to be performing on a tour in Europe but had to cancel. So this video is the result.