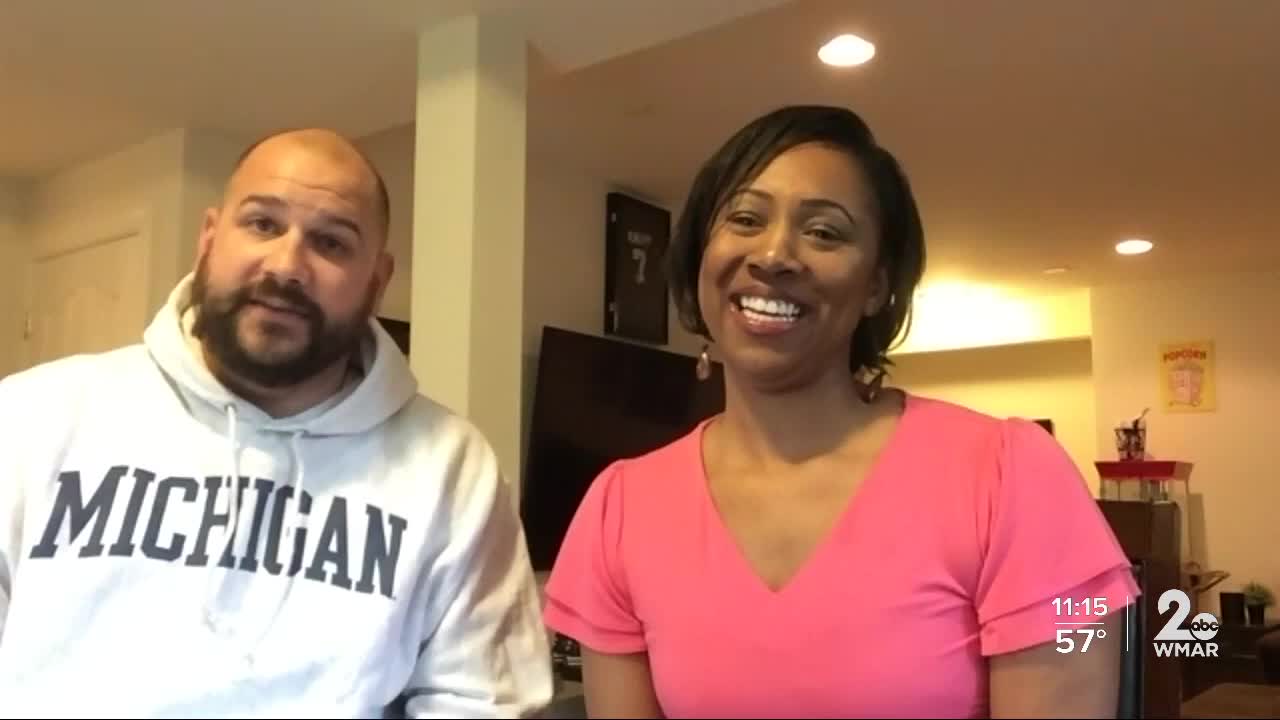 Sara Powell was at her home in Owings, Calvert County with eight other couples on her computer. She decided to play host to a Saturday night zoom, but another host of the CMA's, upstaged her.

CALVERT COUNTY, Md. — Sara Powell was at her home in Owings, Calvert County with eight other couples on her computer.

She decided to play host to a Saturday night zoom, but another host of the CMA's, upstaged her.

"We were sitting there, getting ready to play and all of the sudden, a block comes up on the corner of the screen and says Brad Paisley and we were like what!?" Justin Knapp exclaimed.

"I didn't really tell anyone," Powell explained. "So I sent him the invite and 15 minutes later he popped on."

"So we're sitting there, just kinda logging in and everyone is getting their drink and he's like 'hey what you guys drinking?' and we were like 'wait, you're responding to us'? What's going on?" laughed Teaka Knapp.

"He was so great and down to earth. He talked to us for a good 10 - 15 minutes. Yeah that was the biggest impression he left on us."

"Just really down to earth, asking how we're doing."

There was no encore, so the man who sang 'when I get where I’m going'...had to go.

"He was in his garage and was like 'hey I gotta go soon, my wife said dinner is ready', explained Justin.

As you go to sleep tonight with whiskey lullaby, know Sarah is working on another surprise!

"So we're really hoping for some other people, if they wanna hop on," said Powell. "They just need to send me a message."