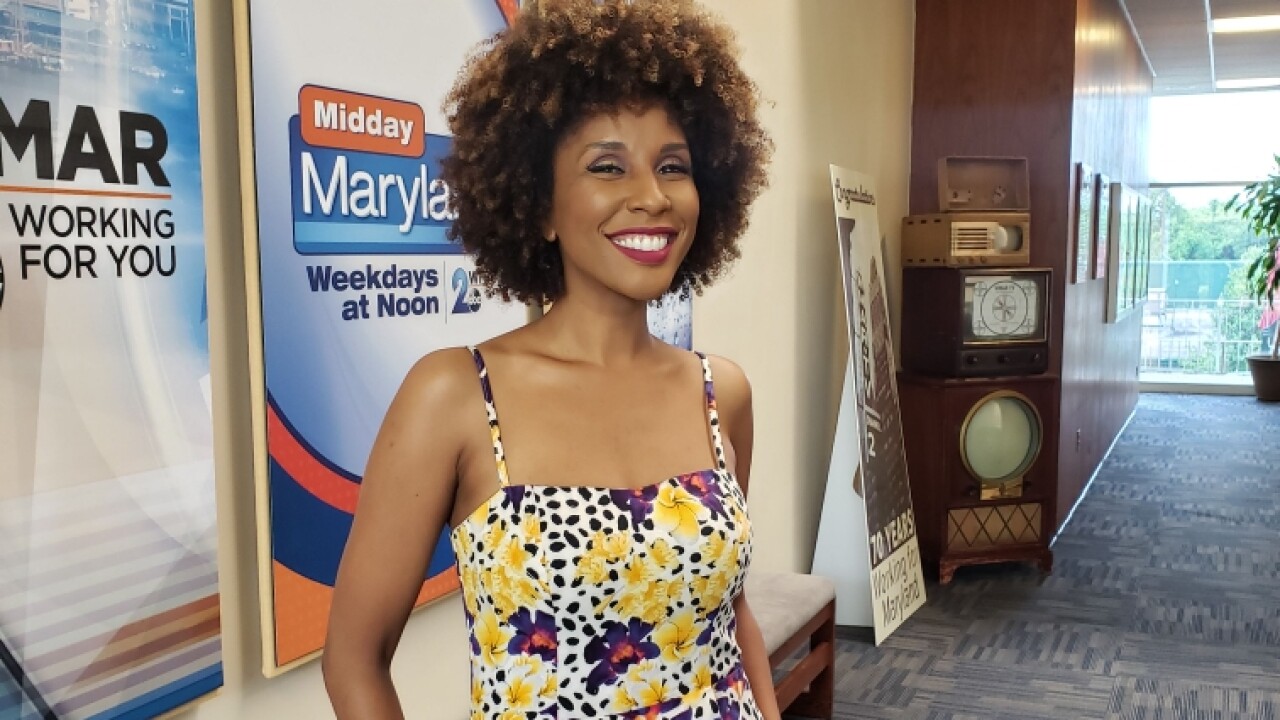 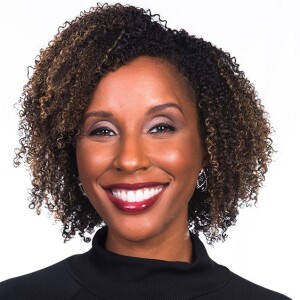 BALTIMORE — When you are called to do something, there’s a constant, often unshakable nagging in the back of your mind at all times.

Sometimes it's quiet and sometimes it's loud, but it's always there. Hosting has been that for me all my life, but for the longest time I was afraid to listen. Not because I was shy. I've never been shy! But rather I was afraid of "not being taken seriously" if I pursued a job in lifestyle or entertainment rather than something with more gravity… an unfounded belief, but one that I held nonetheless when I was younger. So, instead of going straight into TV hosting after college, I pursued a career as a TV reporter/anchor. I enjoyed it to start... the writing and researching, the telling of stories and people in my community. But eventually, the time to tell the stories I wanted, and to tell them properly, got less and less. I was covering more crime, more violence, more things going wrong than going right. I was depleted at the end of the day, but I kept at it. Everyone said I was good at my job and I kept winning awards, so I thought I should FEEL good too. You can't reason in a feeling to make it true though.

Along the way, the highlight of my career became my side hustle: radio hosting. WDKX, a local radio station in Rochester, NY where I was working, asked me if I would fill in on their morning drive radio show. Although I had never done radio before, I decided to give it a shot. And man! Was it effortless for me – even at 5 a.m. in the dead of winter with 6 FEET of snow on the ground and on my car some mornings. I was energized! I enjoyed the conversation, interviewing celebrities, talking to guests, laughing about pop culture, coming up with silly skits, sharing important news headlines, and, of course, hearing the latest music. My co-host became like a brother to me. But it was just fill-in... not steady. Eventually, I took an on-air TV position out-of-state in Louisville, KY, and left both TV reporting/anchoring and radio hosting jobs I had, but leaving radio hosting was the real heart breaker.

In Louisville, the same cycle continued: I was good at what I was doing, I was just sad doing it. A commercial plane crash. Victims. A toddler and her siblings shot. Funerals. Court. A motorcycle accident. Live at the scene with a body in a bag just feet from me. I'd go home and just sit with my thoughts. I'd paint, listen to music, swim at my apartment's pool or lay out in the sun, but it weighed on me. Toward the end of the year, I was asked to extend my contract another 3 years, but I knew I couldn't. I didn't feel right. As luck would have it, my old boss at the radio station (who had become a friend and mentor by this point) called me that very week to offer me a full-time job at the morning radio show I filled in on years before! I was floored. Doing radio full time was never on my radar, but this? This felt perfect... But still, I was worried: if I leave TV will I ever be able to come back if I want, especially as a TV host? I worked it out so that I could work part-time as a reporter/anchor at a different station this time around just in case. I said goodbye to Kentucky and did something few in the business do: went BACK to my first market for a do-over.

Radio fed my soul and creative spirit. It brought me joy every morning when listeners would call in or email saying I made them smile or laugh on the way to work. I was making people happy which made me happy. What a gift to get PAID to do that! The only reason I left was because I was getting married and my husband-to-be lived in DC. It was time to leave and try something new (all the morning radio shows there were syndicated with their teams set already). Once in the DMV, I became a Deputy Press Secretary for an international non-profit founded by Bono before landing in tech marketing and community building for Yelp, which brought me to Baltimore, helping local businesses, planning events, working with non-profits in the community, and celebrating the city. Years later, a job listing randomly caught my eye: WMAR-2 News was looking for a TV Host for a new Lifestyle Show it was launching which was all about local businesses, events, non-profits, and celebrating the city. It was a no-brainer. The minute I met with the men who were to become my bosses, I knew this station and this specific experience would be a perfect fit. A couple of days later, I got the call that they felt the same, I was hired, and we launched "Midday Maryland."

The fear that I had as a young woman is one that many smart women have - that folks would see me as just a "pretty face" and discount my actual intelligence. That fear dissipated along my journey to this point. As I got older and more seasoned in my career, I realized A) I had already proven myself TO myself and that's all that mattered B) my resume spoke for itself and, most-importantly C) that hosting the "light stuff" takes a TON of intellect and skill and balance and a whole lot of other newfound talents I acquired as a result of that pursuit.

I am so thankful that I work at a station that truly values my authentic self and way of doing things, as well as what I bring to the team, even though it's a departure from news and a completely different role than anyone else's there. I cannot tell you what a gift it is to walk through the doors each morning with a grateful heart and energy to take on the day. Midday Maryland is always something new - there's always a new business to feature, a new guest to meet, a new story to share... the only thing I know will be the same is that I'll always feel good doing it because hosting is what I've always been called to do.