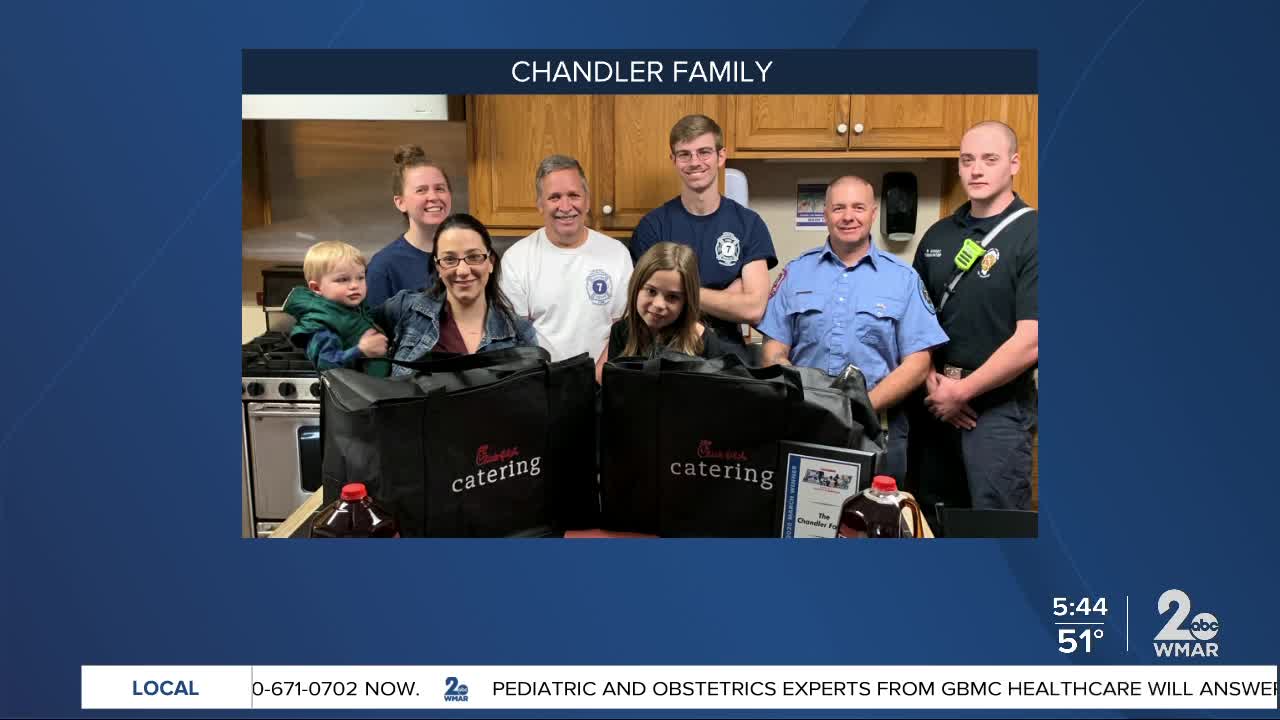 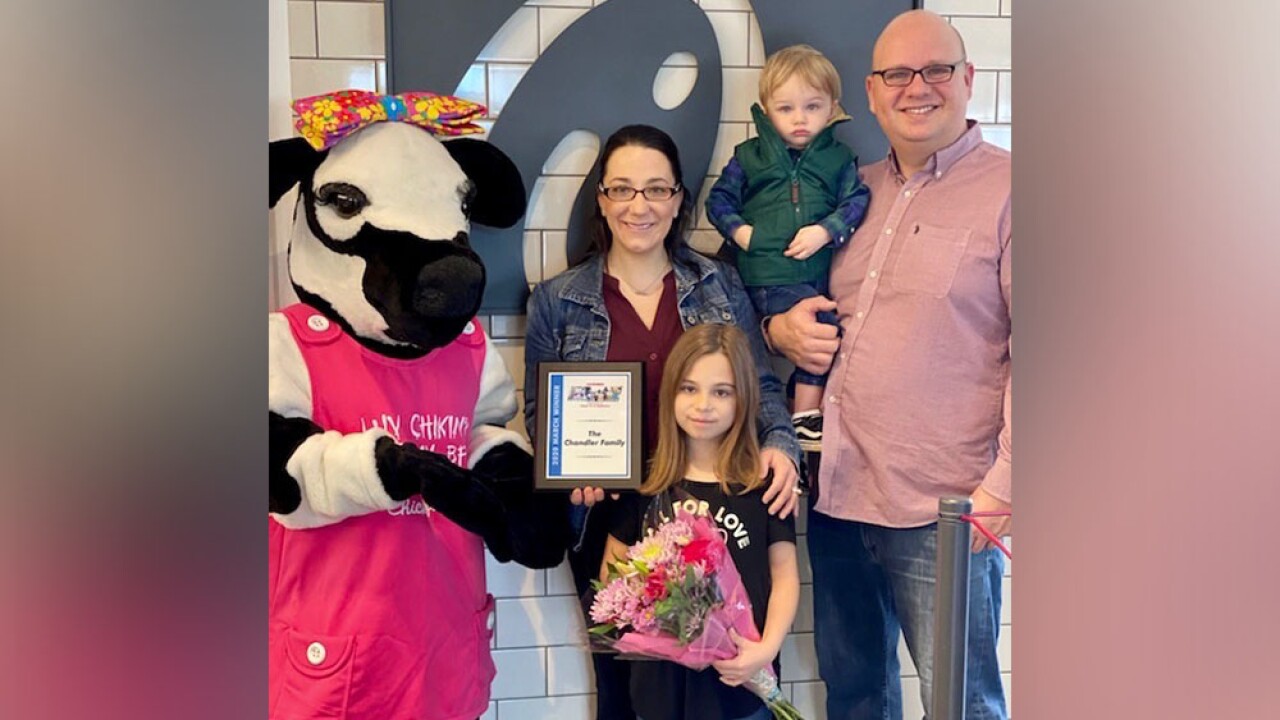 CROFTON, Md. — Eight-year-old Penelope Chandler adored her older cousin Hunter, or "Hunti" as she called him. Some of her fondest memories of him are when they would call him on his birthday.

"We would sing happy birthday and then my mom would pick out a chocolate cupcake for him. I said one day 'Do you want me to save you the chocolate one?' But I ate it," she said with a smile.

So when Hunter passed away in 2016 after struggling with an opioid addiction, Penelope's parents felt they had to be honest with her about his substance use disorder.

The hole in their hearts over the loss of Hunter was undeniable but the Chandler family didn't want to fill that hole with just sadness.

"As part of our grief process we were trying to think of a way that we could give back and we could support others," said Erica.

In 2018, with the help of a grant from the non-profit Kindness Grows Here, the Chandlers threw a thank-you party for the Anne Arundel County Crisis Response Team. They work with firefighters and EMS personnel in the county at Safe Stations, which help people with substance use disorder.

They organized the party through a group they started in Hunter's memory called "Hunti's Hope Hunters".

"We were able to give cards to Hope Hunter’s and my school was able to help me. They helped me make a ton of cards," Penelope said. "We got Mission BBQ to come in and we set everything up and we had a big speech for them and they could grab food."

"We thought, you know, we could do a little something to tell them that they’re important and we appreciate what they do," said Erica.

The party was so successful, the Chandlers threw a second party in November of 2019, including more firefighters from Anne Arundel County.

The Chandlers are now in the process of planning another party for people in recovery. Penelope wants to hand out handmade bookmarks, like she has at past events, to explain their mission and give hope to those who might be feeling hopeless. She also wants to give out journals so they can "write happy things in it."

Erica says she loves that they are able to do these projects together as a family and always have their nephew and cousin on their minds and in their hearts.

"it’s important for people in the community to know that there is hope, there is recovery there is treatment," she said. "We all sort of have a role in it and putting it together so it’s pretty awesome that we get to do this as a family."