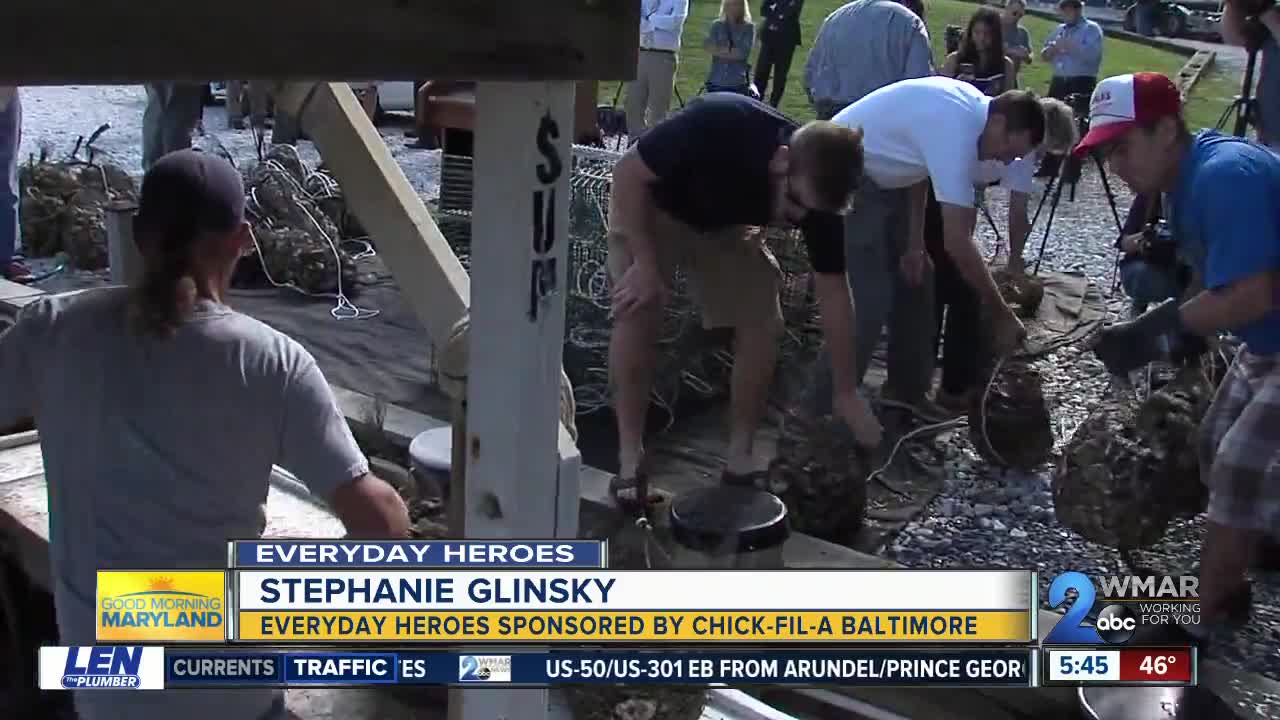 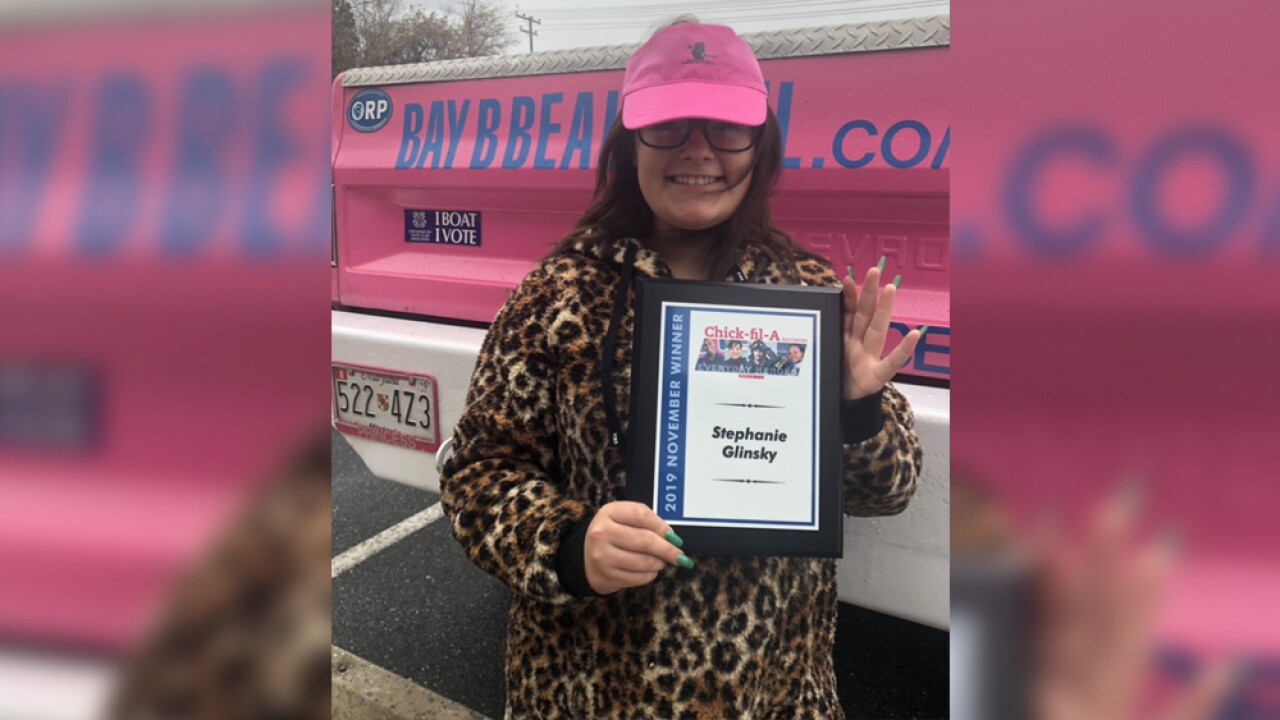 BEL AIR, Md. — On a cold, Tuesday morning in Bel Air, 18-year-old Stephanie Glinsky and her dad Joseph pull up to the Naughty Dogs restaurant in their bright pink truck.

They’re not here to grab a bite to eat. They’re here to collect the restaurant’s discarded oyster shells.

“I started recycling from some yacht club events and then reaching out to restaurants and now here we are,” she said.

Glinsky started collecting and recycling oyster shells a couple of years ago through her charity Bay B Beautiful. She created the charity after being crowned Princess of the Middle River Yacht Club. Part of the job requires the princess to align with a charity of her choice. Glinsky decided to start her own.

“I do this completely free. I make absolutely no money from this so it’s a lot of work,” Glinsky said.

She became a certified oyster shell collector through the Oyster Recovery Partnership, a non-profit that oversees the preservation and growth of the oyster population in the Chesapeake Bay.

Each week. Glinsky and her dad travel to York, Pennsylvania and Harford County to collect shells from restaurants. She also goes to oyster-centric fundraisers. On average, she brings in about 1,000 pounds of shells a week.

When she’s not collecting and recycling oyster shells, Glinsky is keeping people up to date on her work through her Bay B Beautiful Facebook page. She posts educational videos about the bay, oysters and why it’s important to recycle the shells. She also gives speeches all around the state about the topic.

“I think education, especially about oysters in the Chesapeake Bay, is so incredibly important. That’s the big thing I push is not only recycling shells but educating others.”

All of the discarded shells Glinsky and the Oyster Recovery Partnership collect are used to grow new oysters, or spats. Oysters play a vital role in the ecosystem of the bay because they act as natural filters and help other marine life to grow and thrive.

The Oyster Recovery Partnership says Glinsky’s volunteer efforts are crucial to the work they do in restoring the oyster population in the bay.

“We have a team of three that goes out and collects shells. We also have a bunch of volunteers, most notably Bay B Beautiful, they are our most active by far,” said Tommy Price, the operations manager for the Shell Recycling Alliance.

Glinsky’s father says he’s incredibly proud of what she has accomplished so far with Bay B Beautiful.

“I’m known in the yacht club as Stephanie’s dad, Princess Stephanie's dad or Bay B Beautiful’s dad,” he said. “It makes your heart pound when other parents come up to you and tell you how well your daughter speaks or how polite your daughter is. That’s priceless.”

Glinsky has put together a GoFundMe page to raise money so she can make Bay B Beautiful an official 501c3 non-profit. She is eager to expand both her reach and her impact.

“I enjoy the bay so much, I have so many friends along the bay. To be able to be hands on and do something, that’s the reason I started this,” she said. “I didn’t want to just blindly hand over money and not see an impact. I wanted to make an impact, I wanted to be part of the change that occurred.”