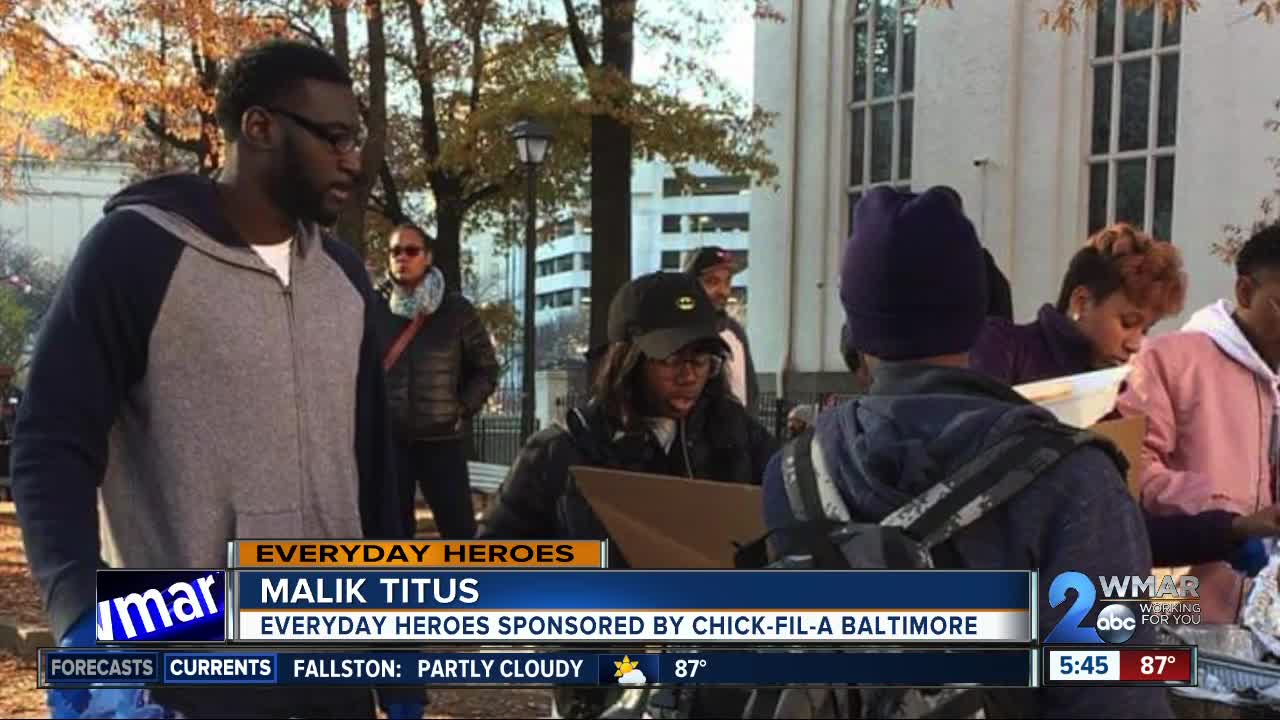 A church might not be the first place that comes to mind when you think of where to find a boxing ring, but at Transforming Life Church of God in Northeast Baltimore, that's exactly where 22-year-old Malik Titus goes to practice. 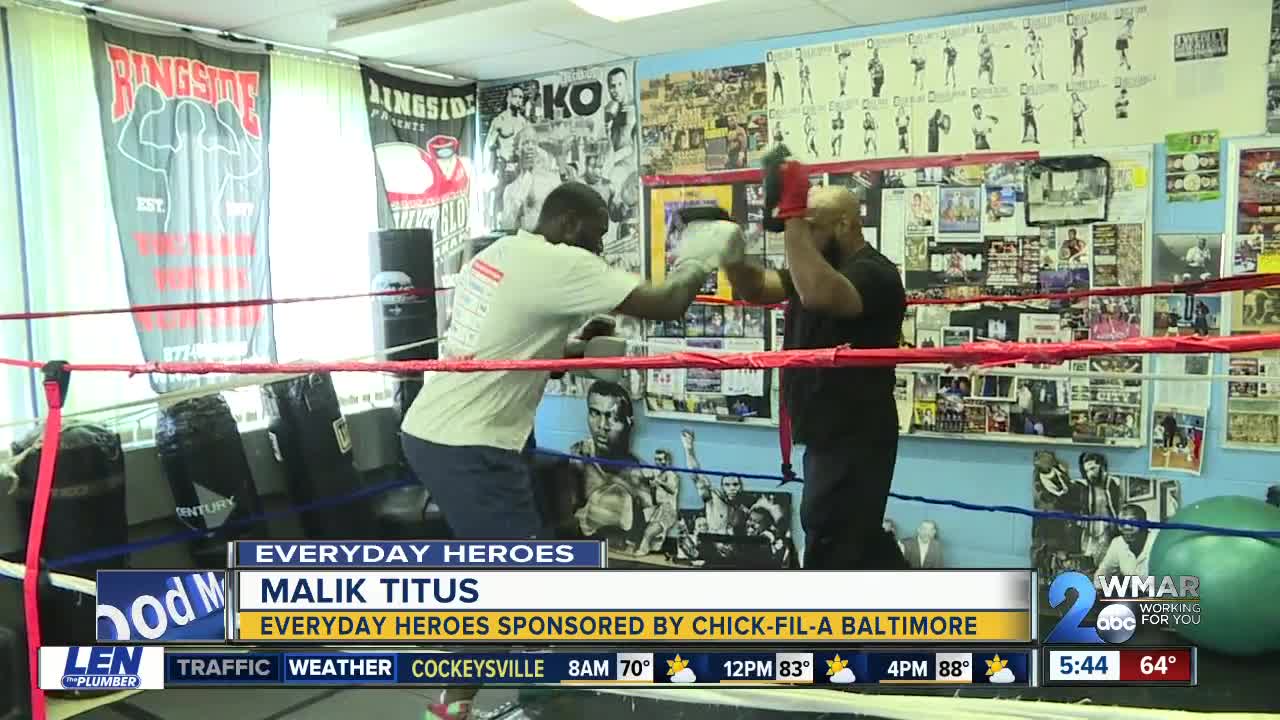 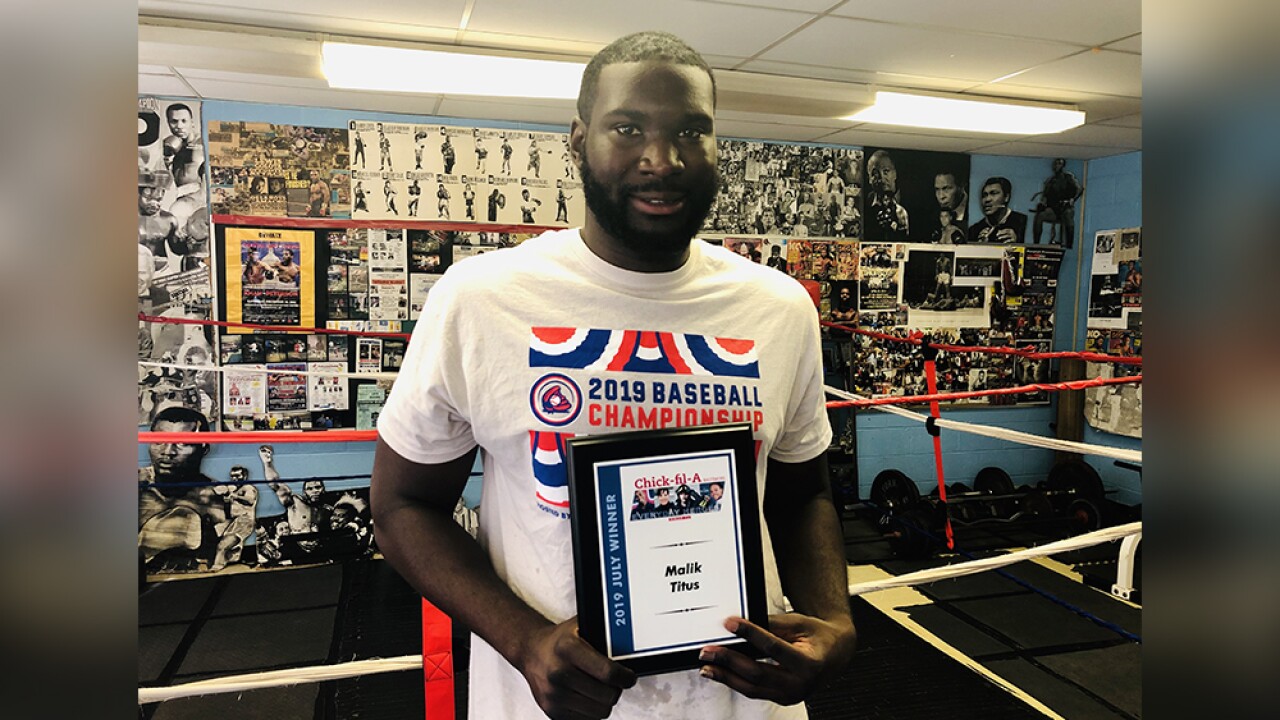 BALTIMORE — A church might not be the first place that comes to mind when you think of where to find a boxing ring, but at Transforming Life Church of God in Northeast Baltimore, that's exactly where 22-year-old Malik Titus goes to practice.

He comes here to train with his longtime coach Mack Allison. The two have been working together since Titus started boxing around the age of 11.

"In boxing you can't blame nobody but yourself," Titus said. "You gotta blame yourself first, and I just like the independence that boxing gives me."

Titus remembers wanting to box as early as the age of three, inspired by his father and grandfather. When he first got into boxing around the age of 11, he says he weighed more than 200 pounds and would often get teased for being overweight.

"I had very low self esteem. I was picked on as a child."

Through his own determination and hard work, along with the guidance of his coach, Titus has become a force to be reckoned with in the ring.

"He just wanted to box, he didn't care how bad he looked or how bad everyone teased him or whatever. It was something that he wanted to do," said Allison.

Titus is a champion both in and out of the ring. When he's not throwing punches, he's volunteering his time at the non-profit Bro Code in Baltimore, which works with kids. They provide tutoring, mentorships and community service programs.

Titus says he doesn't want to be one of those athletes who only gives back when the world is watching.

"I want to go into the community, in my own neighborhood, if I'm a professional athlete or an average Malik Titus, I want them to respect me and know that this person cares for our future."

He is studying exercise science at CCBC and would like to train kids who are dealing with weight problems like he once did. His coach says Titus is the epitome of a role model and inspiration to all young athletes.

"Kids in the neighborhood who remember Malik as that type of guy, now they're looking at Malik saying, 'Oh look at Malik, I can do it too,'" said Allison.

Titus says he lives by what Allison is always encouraging his students to do: give back.