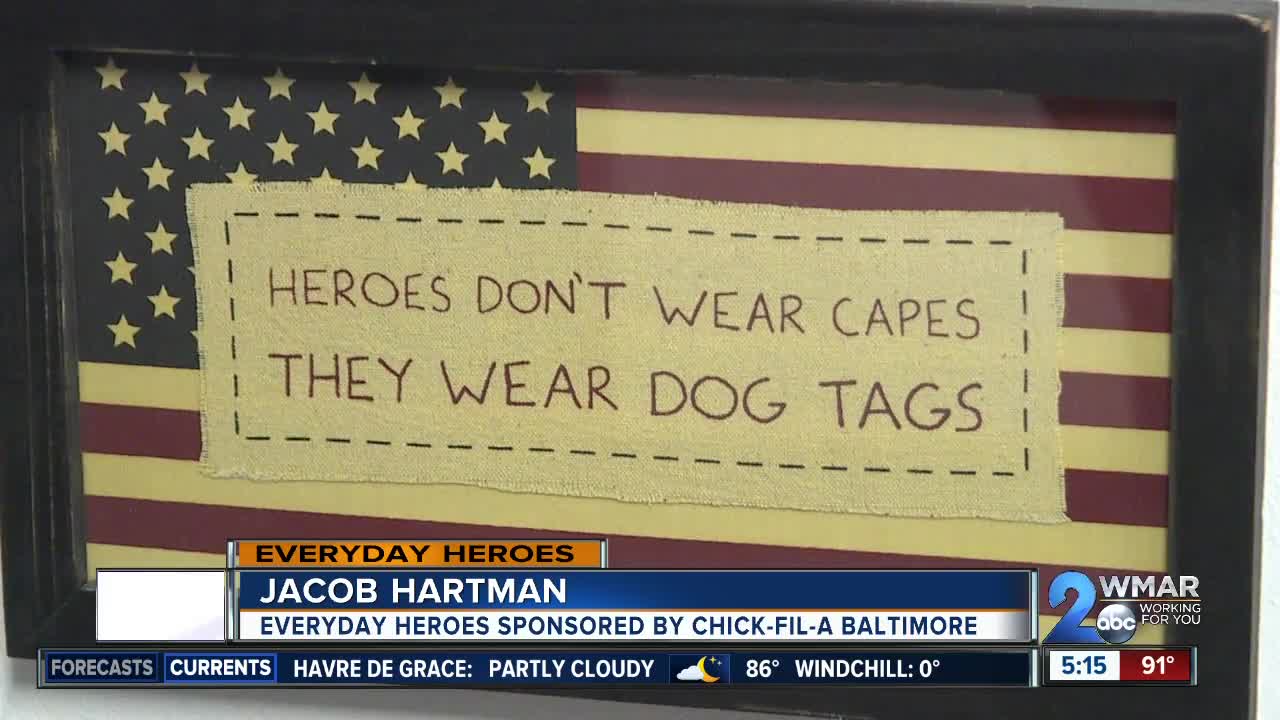 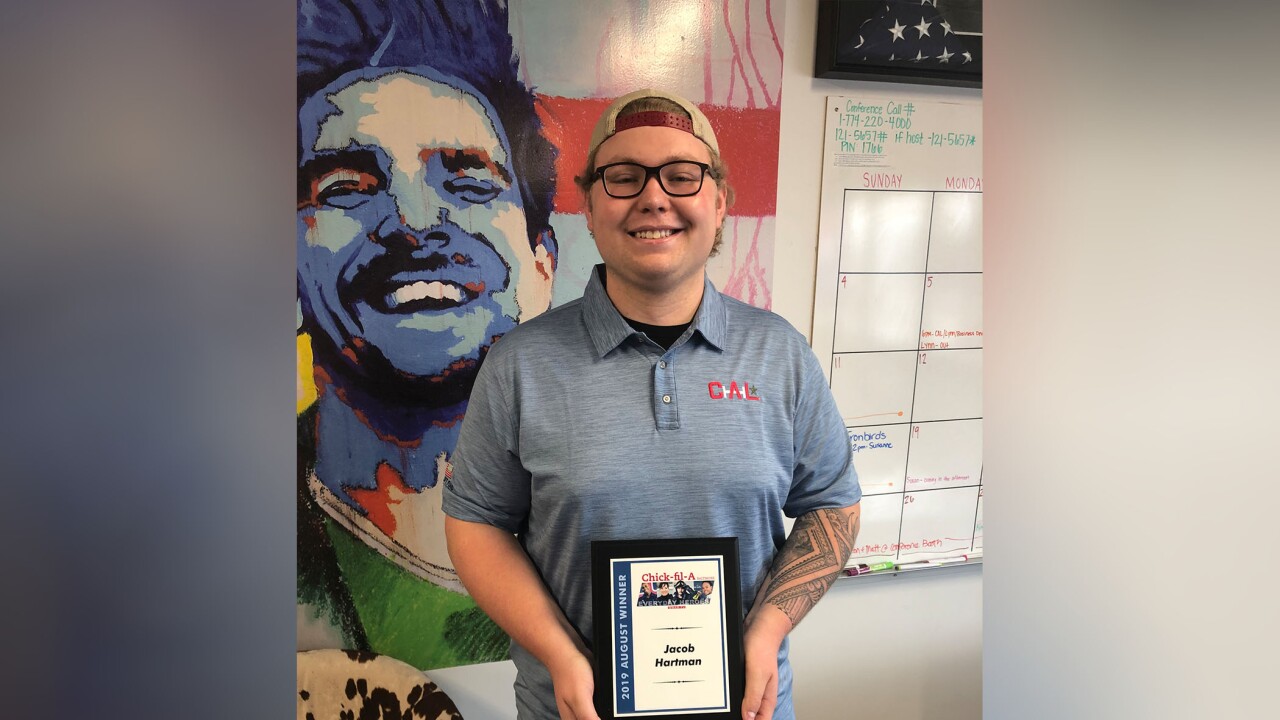 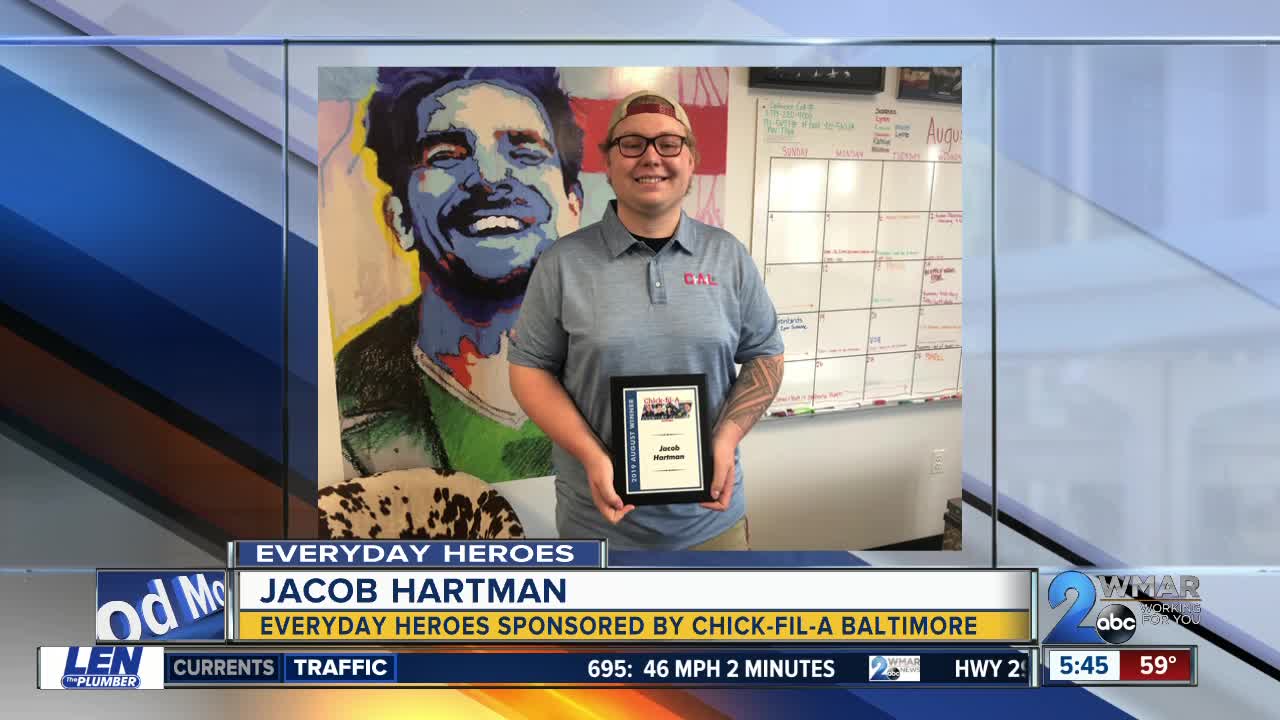 LUTHERVILLE-TIMONIUM, Md. — When you do a summer internship as a college student, you can expect to do a little bit of everything.

And everything Jacob Hartman, 19, did at his internship with Catch a Lift Fund this summer had a meaningful purpose.

"It’s been fun working at Catch a Lift. I kind of came on as Veteran Outreach, made a lot of calls to veterans to let them know we have the funding to get them started in our program."

Catch a Lift Fund provides fitness and wellness grants to post-9-11, combat-wounded veterans. It started in 2010 in honor of Army Corporal Chris Coffland of Baltimore, who died in Afghanistan in 2009.

The phone calls Hartman makes to the veterans usually last a few minutes. There are times, though, when those conversations can last much longer and Hartman says he is always glad to listen for however long the veteran needs to talk.

"Some of the vets have trouble getting outside and making contact with people, so it could have been big in their day," he said.

"Our veterans have testified that they are dropping medications, losing weight, they’re reintegrating themselves into the community. Some even say this program has saved their life," said Kristine Sandoval, the events coordinator for Catch a Lift Fund.

The staff at Catch a Lift Fund say Hartman has contributed to the success of the non-profit, from projects like reconfiguring the group's merchandise page, to making personal connections to the veterans they serve.

" Jake’s amazing. He comes into work every day with the best attitude, always willing to help out with anything we ask," Sandoval said. "These relationships are the foundation of our organization so he has played an instrumental role in helping our veterans through that."

Hartman is now back at the University of Cincinnati but plans to continue doing small tasks for Catch a Lift Fund. He may not think he's made much of a difference to the veterans but his co-workers argue otherwise.

"Those personal connections are what make our organization work. If we’re not helping the veterans day in and day out, what are we doing?" said Sandoval.

"I’ve always had a respect for the Armed Forces and veterans and felt that we have a duty to protect them and do things for them after they come home," Hartman said. "They served us and now it’s our turn."

Catch a Lift Fund is hosting its 8th Annual Baltimore Benefit on Saturday September 28 at the American Visionary Arts Museum in Baltimore. For tickets, click here.