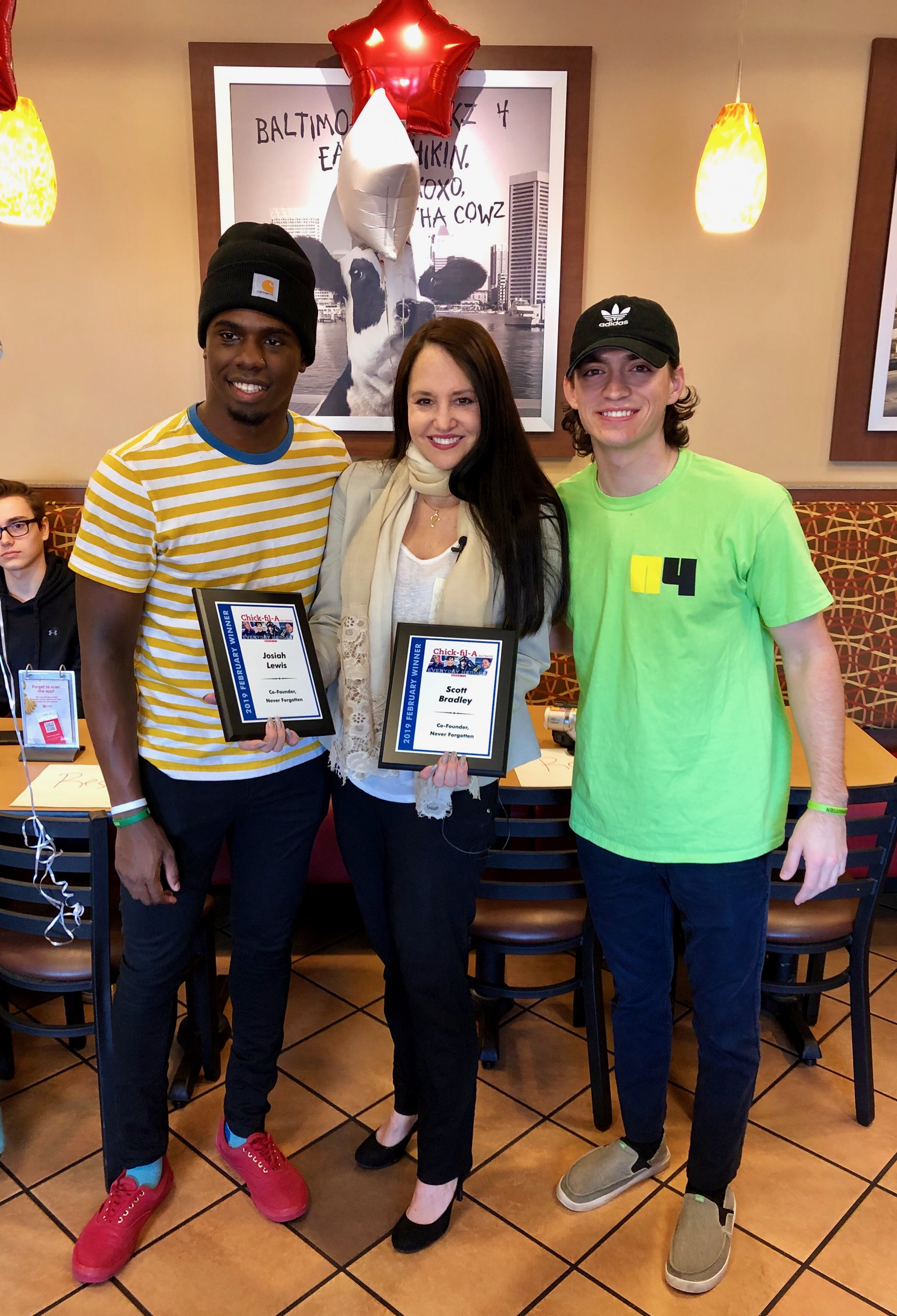 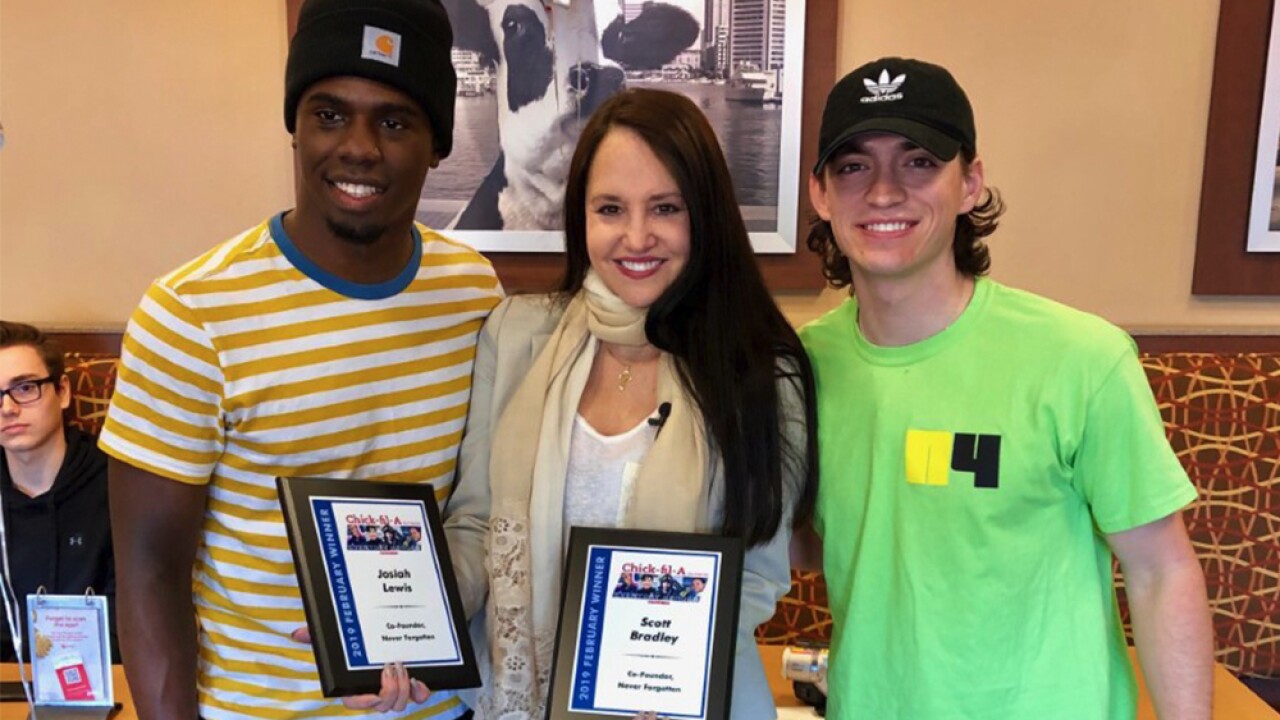 ABINGDON, Md. — April 2014 is a time in Scott Bradley and Josiah Lewis' lives that they will never forget.

It's the month and year when their best friend Frankie committed suicide.

"To lose someone who was that important to me, it was a polarizing moment in my life," said Lewis, 24. "Everyone has the moments in their life where it makes or breaks you."

Frankie's sudden death came as a shock to both Lewis and Bradley, 22. They had no idea he was in such pain and they struggled to come to terms with his death.

Bradley remembers one time in particular when he was really hurting.

"I was in a pretty dark place and I went to Frankie's memorial site. I was praying hard that something would just happen, to show me a sign that he's alright," Bradley said.

Then his sign came in the form of a text.

"As I was leaving, [Josiah] sent me a text and said 'Hey man, I'm really struggling, can we meet up?'"

Bradley and Lewis hadn't spoken much since Frankie's death. Their meet up turned into a friendship and they decided to create a non-profit in honor of their best friend called Never Forgotten.

In their first year since starting Never Forgotten, Lewis and Bradley have raised thousands of dollars for charities that focus on mental health by selling t-shirts and wristbands. They also attend events to raise awareness about mental health and suicide.

"If you know anyone who is maybe going through it, or you have an inkling that something is going on or if you just want to check in on your friends, don't wait because you don't have the time," Lewis said.

Lewis says he understands the importance of having a support system to check in on you from time to time. He says he attempted suicide once but a phone call from his mom to check in on him changed his mind. He says it made him realize that there aren't nearly enough conversations happening about mental health, which was another reason for starting Never Forgotten.

Bradley says he believes the work they're doing is making an impact.

Faith plays a large role in both Never Forgotten and the guys' day-to-day lives. When they are looking for support or guidance, they turn to the folks at Mountain Christian Church in Abingdon.

"It was amazing to see the vision that they had and the dream that they had to help people," said Sarah Willey, an associate campus pastor at Mountain Christian Church.

"It was all about helping people using their own story of pain and transforming that and redeeming that into something that is going to help and resource other people."

The guys say one of the things Frankie was most known for was making sure others were okay. Even though he is no longer here to do that, his friends are more than honored to carry on the work in his name.

"We'll make sure you're never forgotten," said Bradley. "If you ever get to a point in your life where you feel like you're forgotten, that's what Never Forgotten is there for."