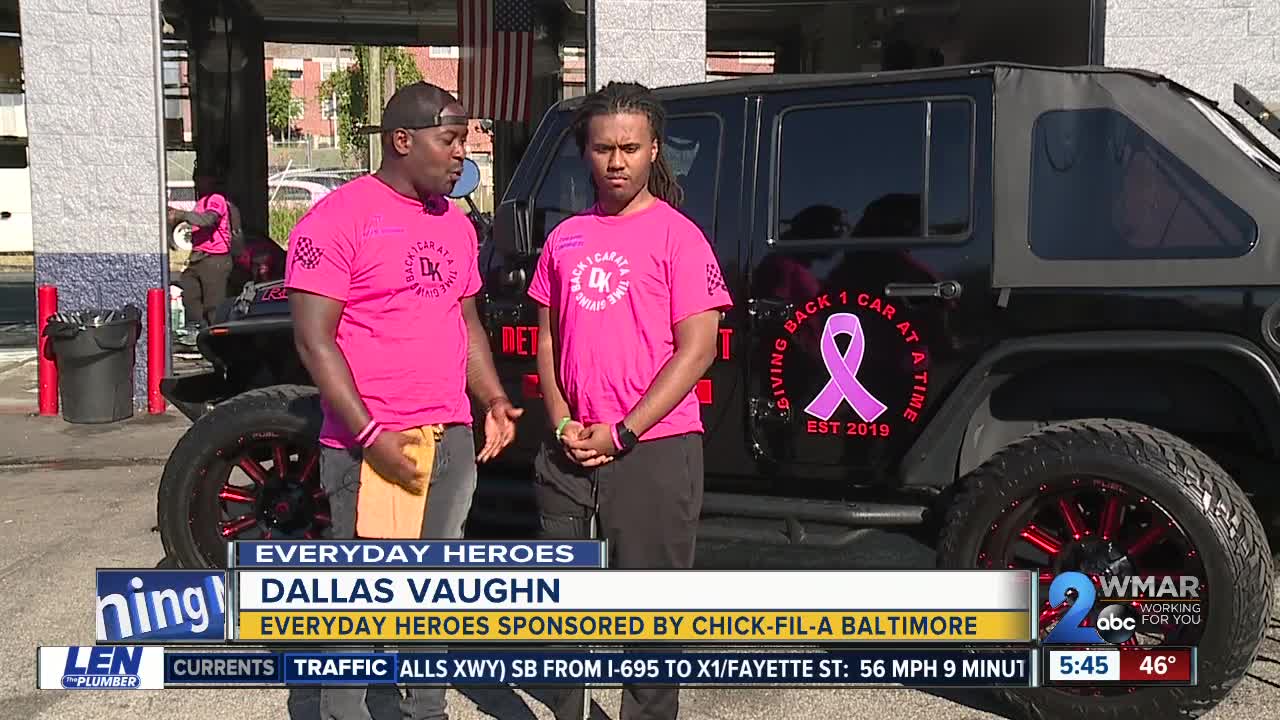 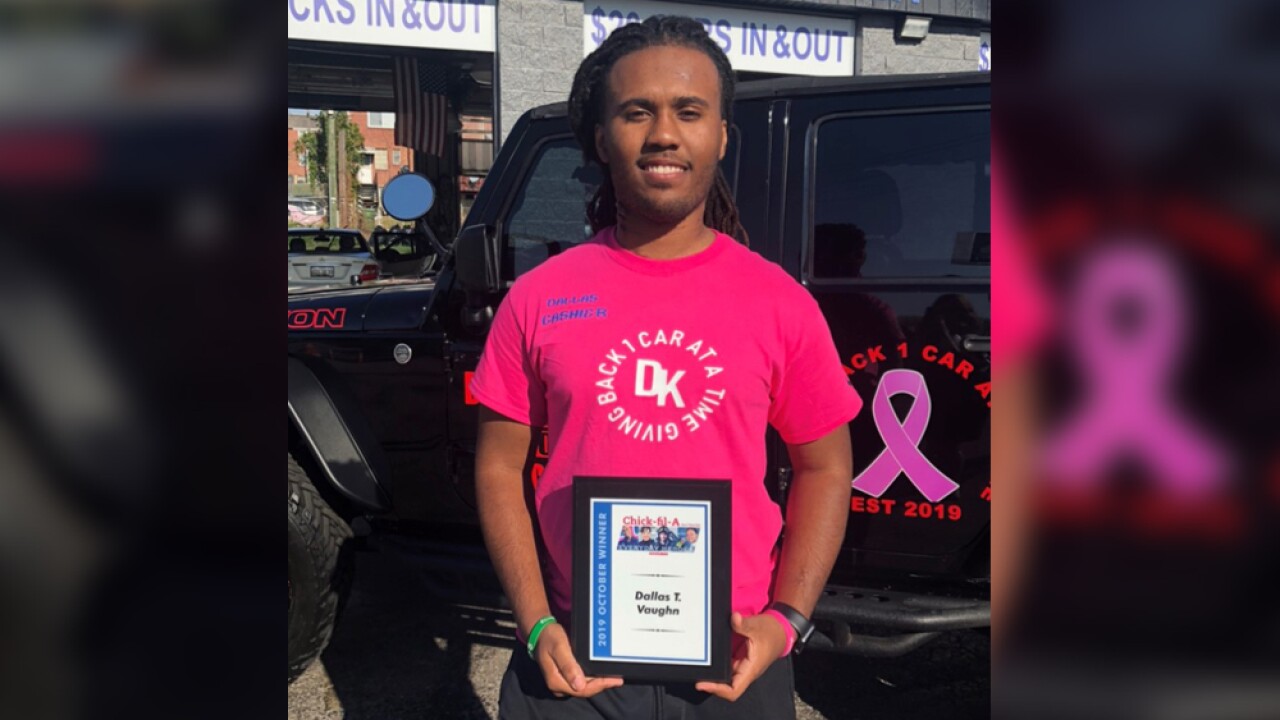 A beautiful, sunny day in Baltimore means a good day for business at the Detail Kings West car wash in Northwest Baltimore.

On this particular day, cars of all shapes and sizes, even a tow truck, roll through the bays. And there to greet the customers as they come in is 21-year-old Dallas Vaughn, who co-owns the car wash with his dad Tyrone Vaughn.

"I feel amazing, I feel awesome. Everyday I wake up, I come to my business, I see my dad first thing in the morning and running a business everyday," he said.

Waking up everyday is something most of us take for granted, but not Dallas. He knows each day is a blessing because he came extremely close to never waking up again.

On September 25, 2017, Dallas got into a horrific car crash off Wabash Avenue. He flipped his Corvette several times, leaving nothing more than a pile of twisted, mangled metal. Tyrone remembers getting the call that night.

"When I got back there, he was in pieces, unresponsive and they said he wasn't going to make it," said Tyrone.

Dallas spent more than 60 days at Shock Trauma in Baltimore and underwent 30 operations. He also spent several months in rehab, getting a little bit stronger each and everyday. His dad never left his side.

Dallas knew he couldn't waste his second chance on life and he wanted to give back to the hospital that saved him. In the beginning of 2019, father and son opened a car wash along Northern Parkway. Their motto is "Giving back one car at a time."

For every car they wash or detail, the Vaughns donate a portion back to the University of Maryland Medical System Foundation. Dallas presented his first check of $1,000 back in June to Dr. Thomas Scalea, the head of Shock Trauma.

"Just to see him smile, he can see someone who he worked on that almost died multiple times and I now I own a car wash and I'm giving back," said Dallas. "It's an awesome feeling."

And the giving doesn't stop there. Dallas and his dad make a point to hire people who are struggling to find a job, be it from homelessness, a prison record or other barriers.

You could call Detail Kings West the Second Chance car wash, where everyone who works here is thankful for another opportunity, especially Dallas and his dad.

"I've been getting a lot of support from the community. It's just been a blessing. Everyone sees this kid that's been through a lot and they just come support and show love. It's an amazing feeling," said Dallas.

Detail Kings West is also donating a portion of its proceeds for the month of October to groups that support breast cancer patients and their families, in honor of his mother who was diagnosed and survived breast cancer.