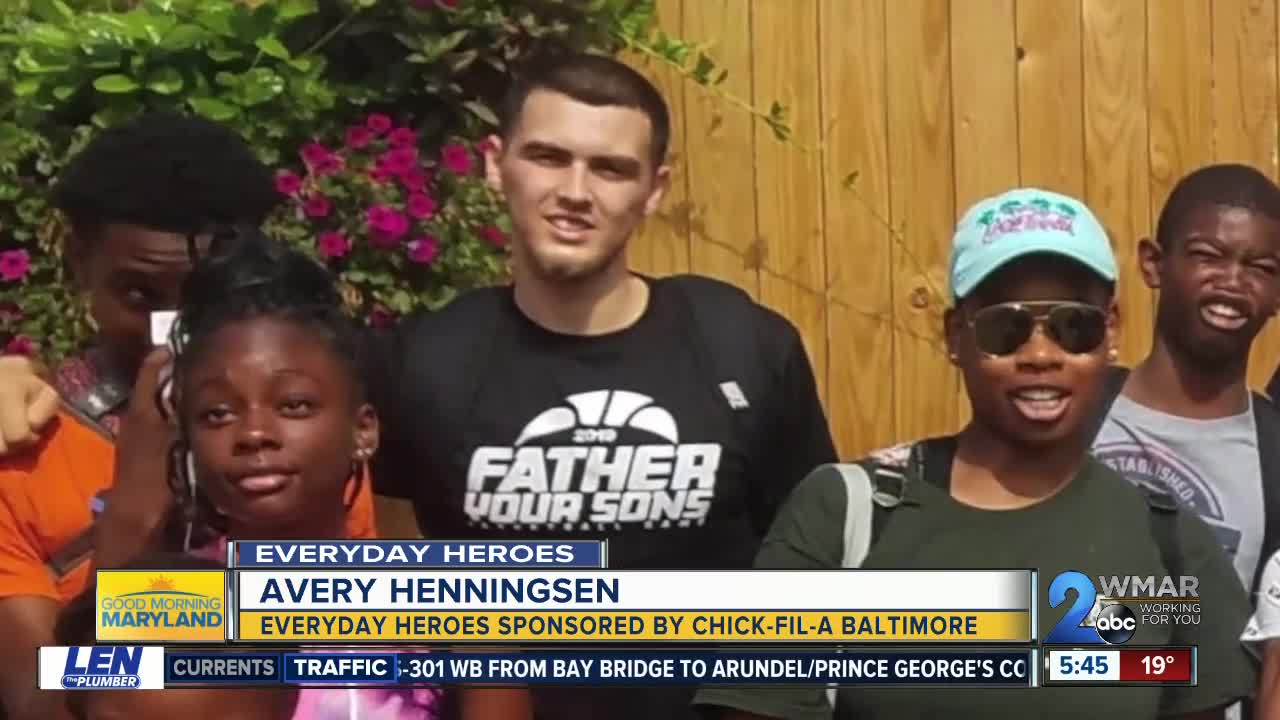 Avery Henningsen, who works with the Police Athletic League in Cockeysville and volunteers with the Haven of Hope Community Garden, is the December 2019 winner of the Chick-fil-A Everyday Heroes award. 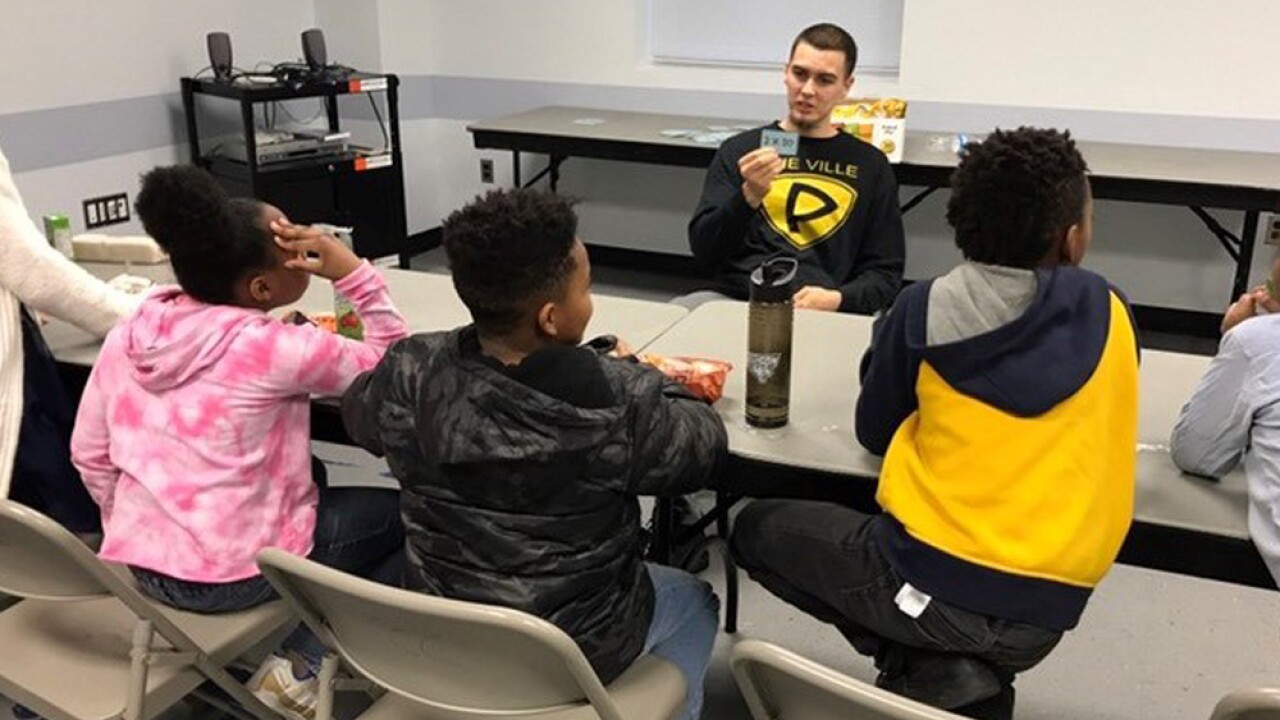 BALTIMORE — It's a cool crisp Saturday morning, just a couple of days after Thanksgiving, and 21-year-old Avery Henningsen is outside along North Avenue in West Baltimore, picking up trash around a community garden.

"We come down here every other Saturday pretty much and we clean and take care of this garden," he said.

The Haven of Hope Community Garden was once an abandoned lot and is now filled with brightly colored planters and benches and messages of hope. Henningsen, his family, friends and volunteers from church help keep it tidy and serve meals there too.

"It's free to come in and all we ask is that the community comes and helps take care of it."

On this particular day, the group is planning to serve Thanksgiving food to anyone who is looking for a hot meal.

"This is our second year doing our Thanksgiving meal with them. I still remember last year hearing that this was the first time they had a chance to have a family meal," he said. "So to be able to have a Thanksgiving meal, we take for granted, but you can see others don't always have that."

The garden started not long after the riots in 2015 following the death of Freddie Gray. Jonathan Roiz, the founder of the Hope Movement, felt compelled to do something to lift the spirits of his community.

"It is something that has expanded from a garden to something that people just know it's a safe place to come and receive love and counsel," Roiz said.

When he first began to transform the abandoned lot into a garden, it was just Roiz and his family. He's grateful for the help of volunteers like Henningsen to maintain the garden and spend time with those who need it the most.

"[Henningsen] has a very deep heart for the people here," Roiz said. "To see a young man doing that as well its unusual and its inspiring. It also speaks volumes to those in the community. I've heard it often, it's a shame that this young man's doing this and we're not doing it."

When Henningsen isn't volunteering at the garden or attending classes at Towson University, he's working with kids at the Police Athletic League in Cockeysville. He takes his role as a PAL leader very seriously because he knows the kids are looking to him for guidance.

"I love my job at PAL, it's really allowed me to mature and grow as well," he said. "I found out through working at PAL that I really enjoy helping people and I was able to find contentment and joy through helping others and giving back."

So whether its picking up trash, serving a hot meal or mentoring kids, Henningsen says he believes little actions can result in a much bigger, positive reaction.