Similar theft happened in April, one mile away 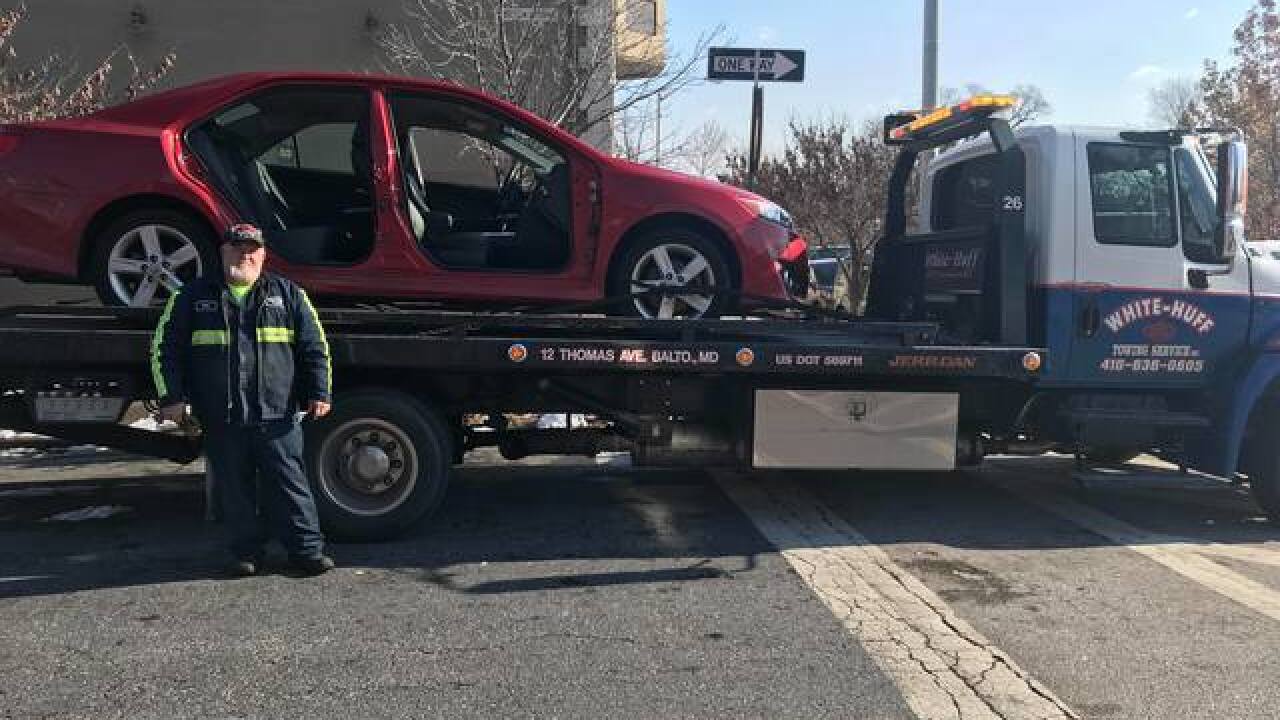 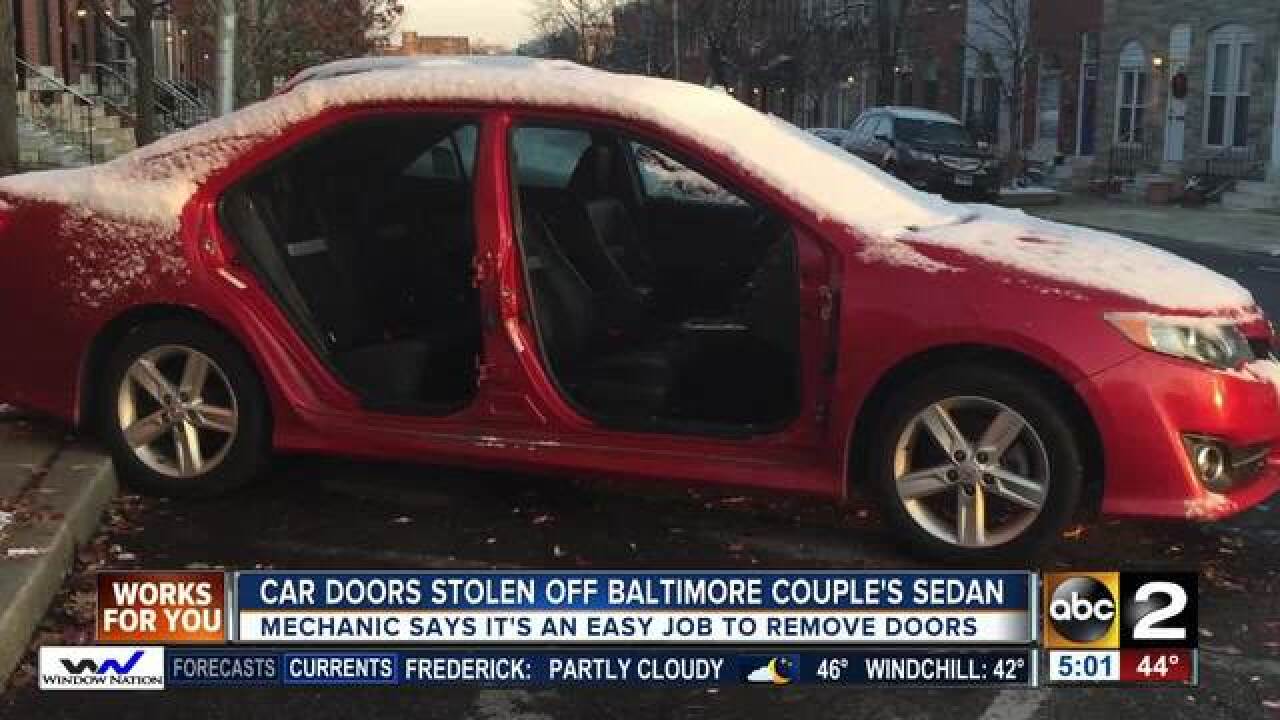 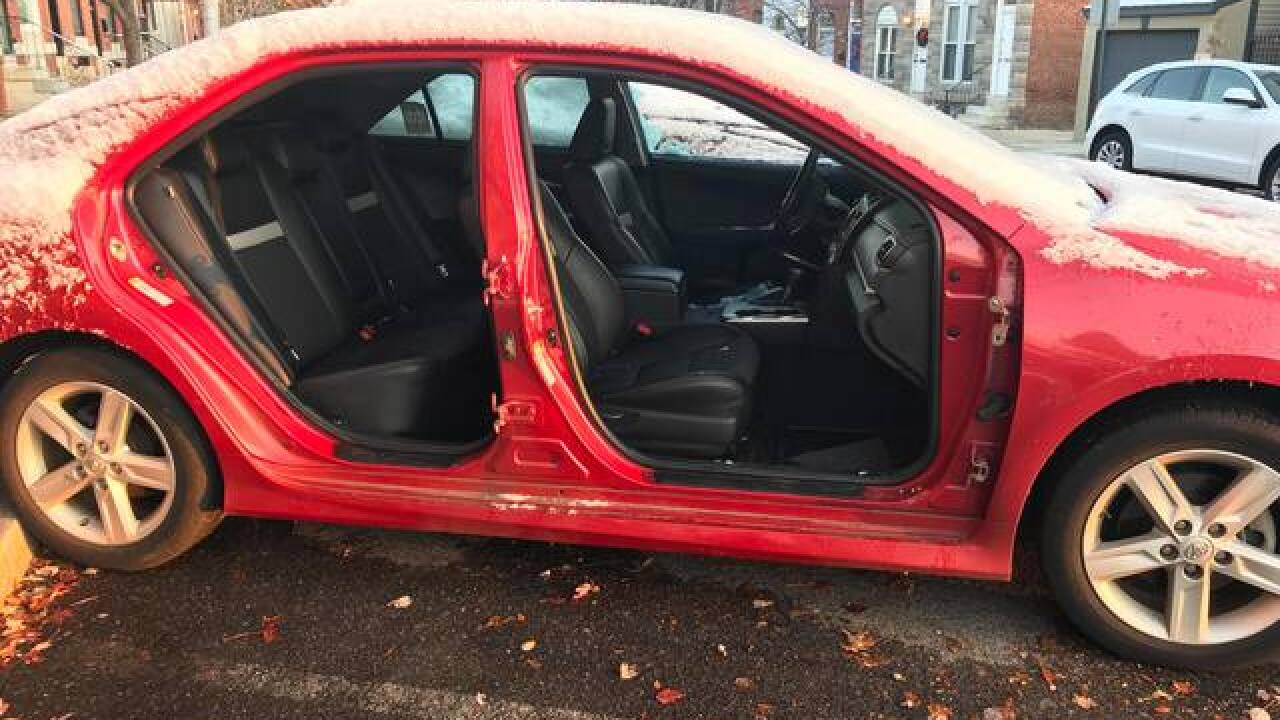 The thieves didn't just unlock the doors, they took them. That’s what a Patterson Park couple discovered when they looked out their window and saw their car Sunday morning.

"It was almost laughable. Like who in the world would do this and I thought well, some body shop needed two doors for a Toyota," said Ann Carmody, the owner of the 2014 Toyota Camry.

Carmody believes her car was targeted by professionals who knew exactly where to find her car, in the handicap spot reserved for her family.

"There's not a scratch on the car, not a mark anywhere, none of the hinges the door attaches to are bent, I mean they knew what they were doing," said Carmody.

She also said nothing else was taken from her vehicle.

In her nearly 40 years living near Patterson Park, Carmody hasn't heard of this kind of crime, but it's happened before, this year and less than a mile away.

RELATED: Thieves steal car doors in a matter of minutes; nothing else taken from vehicle

In April, Michelle Durham had the same thing happen to her 2008 Honda Accord. Video from a security camera showed two people taking her two doors within minutes.

When ABC2's Mallory Sofastaii talked to Tom Reich, a special agent with the National Insurance Crime Bureau, he said these are what's called ordered thefts by unscrupulous body shops.

"They're looking for a specific car with a specific color. They come in the middle of the night they find both right here close, they grab them and they're off and you're talking maybe 5 minutes of work to get both doors off the car," said Reich.

The theft is enough to make someone become unhinged, instead Carmody has managed to see the positive.

"It amazed me. This happening introduced me to all these neighbors that I had said hi to but never really knew and now I'm close to a lot of neighbors, so a lot of good came out of it," said Carmody.

Her neighbors helped clean up the glass and offered to give her and her husband rides. They even created a GoFundMe to raise money for security cameras.

Unlike Durham's case, Carmody hasn't found any surveillance video of the theft.