Microchipping and dog search parties: how to find your lost pet

It's easy to panic when your beloved pet goes missing but what you need to do is immediately take action. 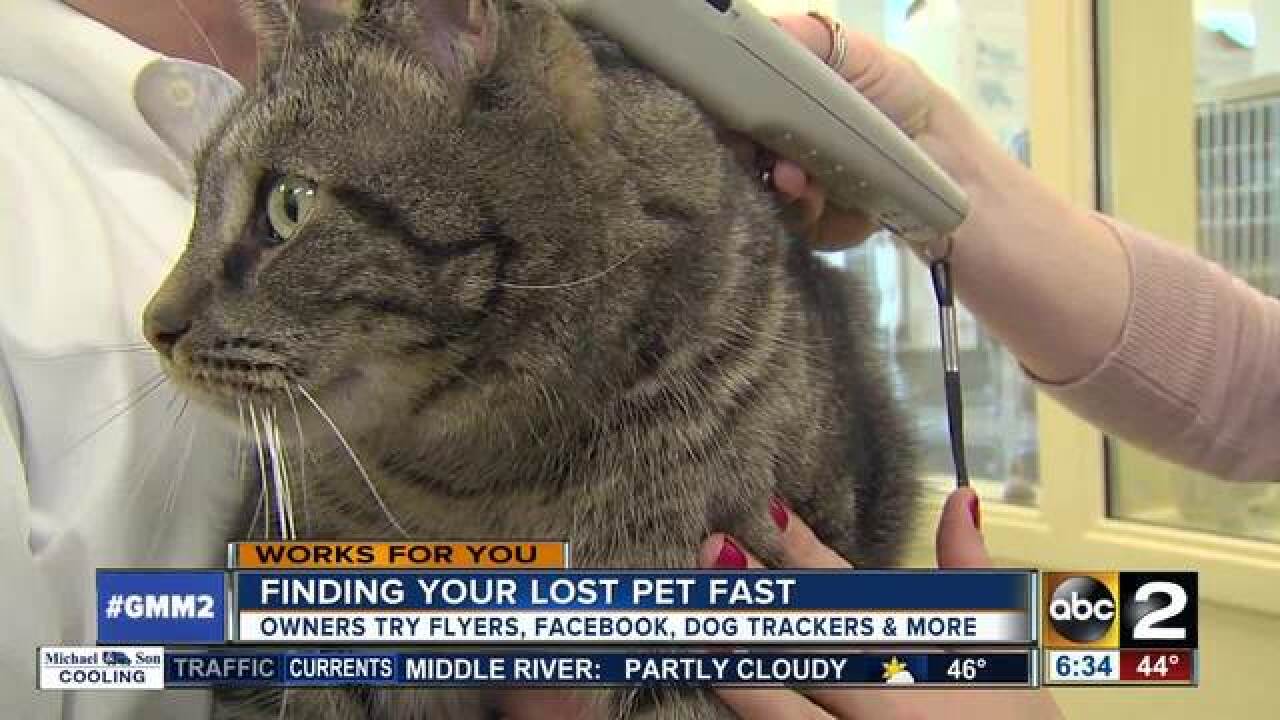 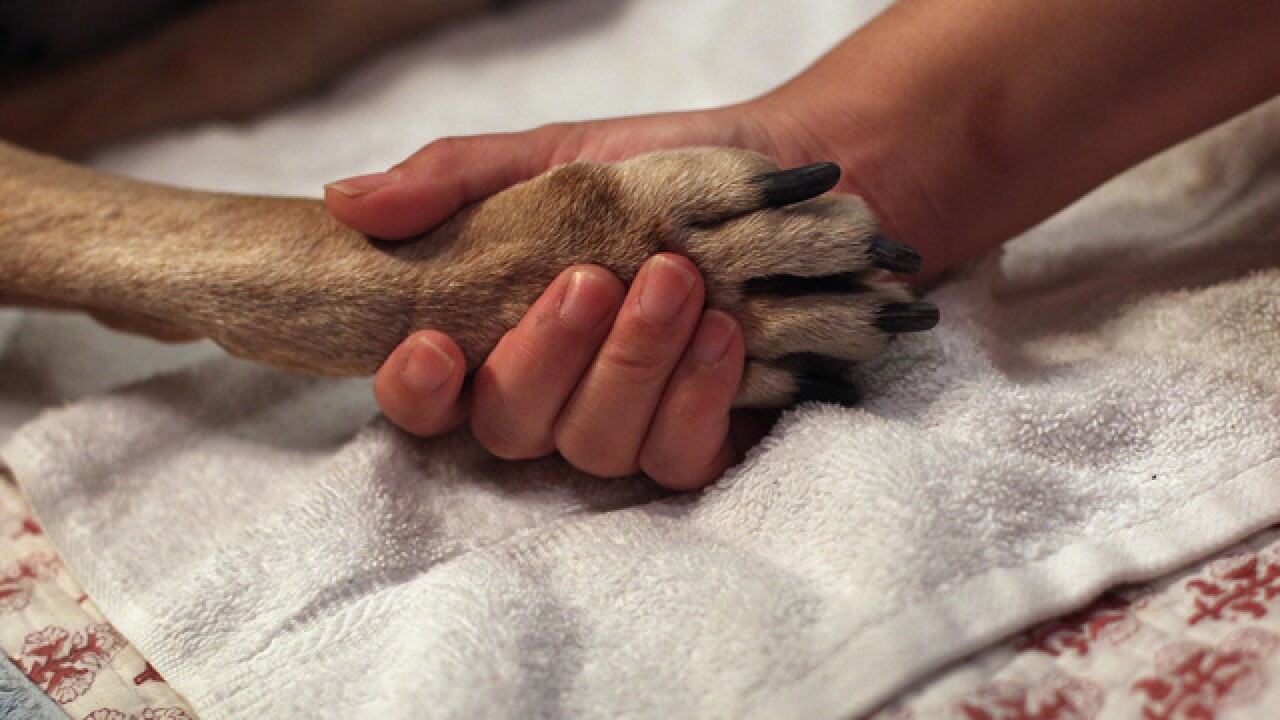 It's easy to panic when your beloved pet goes missing but what you need to do is immediately take action.

Finding your pet could be as simple as animal control matching you through a microchip, or you may need to enlist some help. Dogs Finding Dogs uses trained canines to track and find a lost pet.

Patti Cross was in contact with the organization when her dog Halo went missing.

“My husband and I went on vacation and a friend was watching her and one evening she decided she was going to take her own little vacation,” said Cross.

Halo is a 3-year-old Malinois. She's won several best in show titles, even obedience awards, but calls for her went unanswered after she got loose.

“The people, before we even got back, contacted Dogs Finding Dogs. They were out almost immediately to help find Halo,” Cross said.

In eight days, Anne Wills, the executive director of Dog Finding Dogs, and her team were able to track down Halo.

Wills started the organization when she was training her pet to track alongside police K9's.

“They were always getting calls, ‘I lost my dog, I lost my cat, can you help?’And the answer from the police are no because they're not allowed to track anything other than human scent, so we kind of got automatically sent out,” said Wills.

Wills’ highly trained dogs start with an item that has the lost pet's smell and track at the point of loss. They set-up feeding stations and leave scent trails. They're also very careful not to scare off the animal whose behavior can drastically change when they're off on their own.

“They don't even know you. They go into a feral state of mind,” Wills said.

Wills estimates they receive around 50 phone calls each week from all around the country.

"When we first started out in 2007, dogs were all we went after and then it quickly became cats, dogs, pigs, chickens, horses, ferrets, turtles, you name it. Anything that walks on the ground we have been called out for," said Wills.

The organization helps out when they can but when they're not able to, they recommend you immediately start building awareness.

“Flyer 3-5 miles from where your pet went missing, and you have to flyer like you're insulting someone's intelligence to really get them to be noticed,” said Wills.

“It just goes under their skin. It's quick, and for most animals they don't even notice it,” said Dr. Melissa Jones, a veterinarian with Baltimore County Animal Services.

Jones added that a microchip could be the missing link that changes your pet's status from lost to found.

“It's insurance you want to have but you hope you don't have to use. That microchip stays with that pet forever and it keeps your information registered, so as long as you keep it up to date, we will be able to scan your pet, find that chip number, find you and that's the quickest way to get them back,” said Dr. Jones.

All ways of getting your lost pet back so you, like Halo's family, can experience that moment of relief.

Dogs Finding Dogs is a free service. They have a suggested donation amount but they don't charge anything.

Several veterinarian clinics and shelter organizations also offer micro-chipping at little to no cost. A microchip is not a tracking device. It has the pet owner's basic information such as name, phone number, and address, and only the microchip company has access to that information.

Another benefit of microchipping is that it's proof of the pet's rightful owner. According to the American Kennel Club, 490 dogs were reported stolen in 2016.

If you happen to find someone’s pet, you should immediately reach out to the local animal shelter. The area shelter is a centralized location for pet owner’s to check first.

Also, post on Facebook ‘Lost Pet’ pages in your area and check with neighbors. Keep in mind, it is against Baltimore County law to keep a dog for more than 24 hours after it's found. They want you to bring the animal to the shelter.

If you lost your pet in Baltimore County, email ilostmypet@baltimorecountymd.gov. Stray pets brought to the shelter will be held at least three days.

In addition to the resources listed above, there’s an amber alert system for pets called FindToto.com. You can pay anywhere from $85 to $350 to send out phone messages to neighbors.