VietNow gave less than 5% of donations to vets 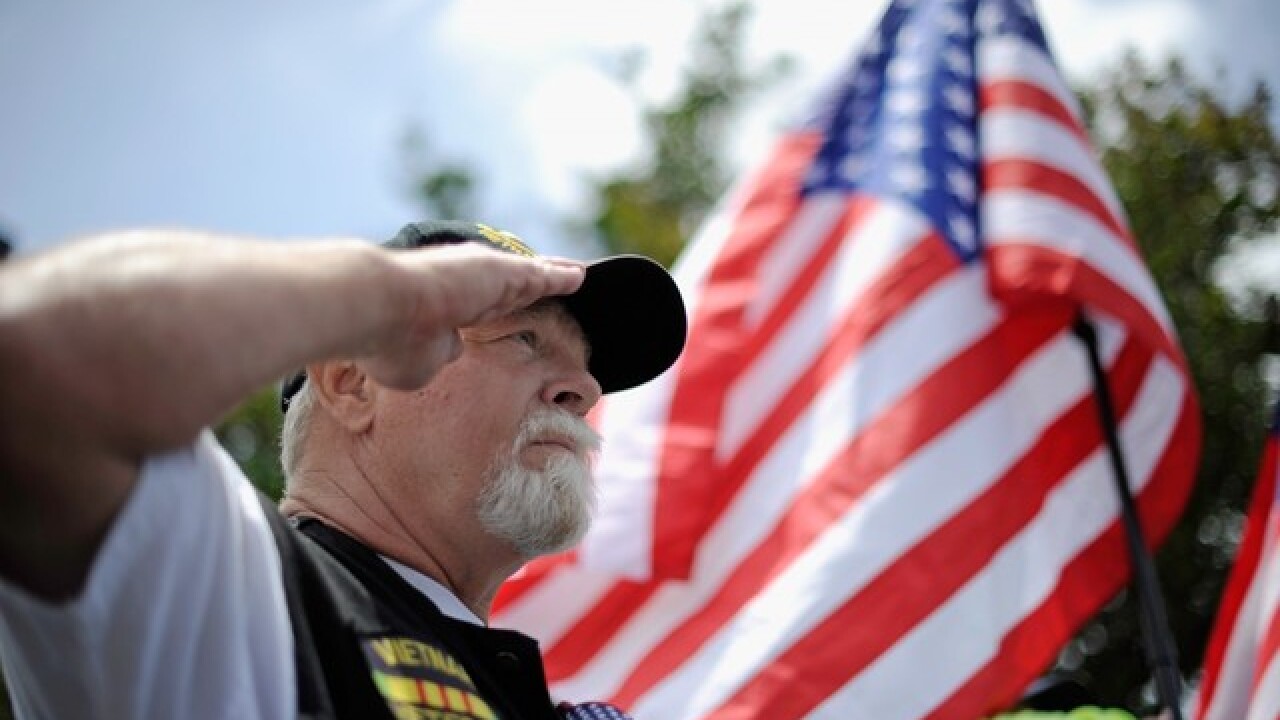 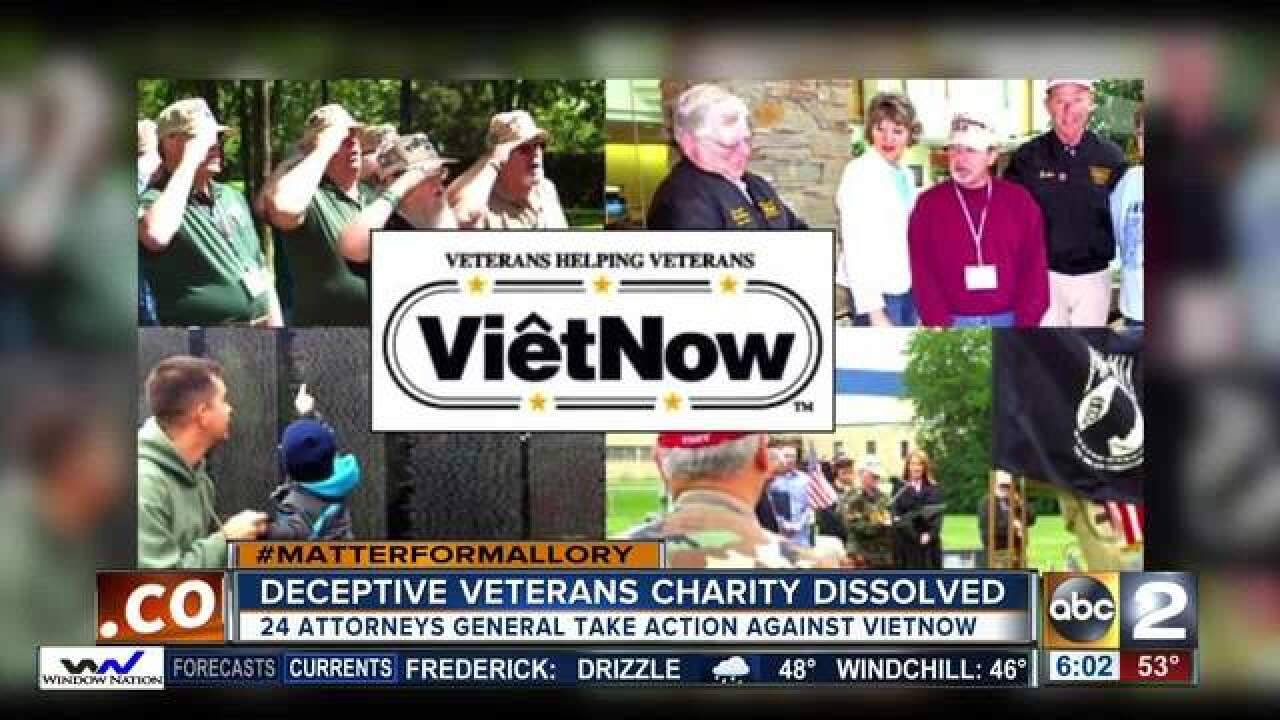 A Vietnam veterans charity is no longer operating. Investigators found that Illinois-based VietNow gave less than 5 percent of its funds to veterans programs. The organization reportedly raised $2 million nationwide, $50,000 of which came from Marylanders.

Twenty Four Attorneys General, including Maryland's, reached a settlement with the non-profit this week, resulting in the organization's dissolution.

"They collected money saying it was going to help veterans, medical services, health services, all kinds of different things for veterans and virtually none of it did," said Maryland Attorney General Brian Frosh.

VietNow hired professional fundraisers who told potential donors that a minimum of 12 percent after expenses would go back to veterans in the donors' state.

"That's pretty pathetic, but even that was an exaggeration," said Frosh.

The settlement disbands the board, stops the organization from raising anymore money, and even bans the four senior officers from doing any kind of fundraising in the future.

Rheebe Bryant takes personal offense to the nonprofit's deceit. She's a veteran herself, and the director of student services for MCVET.

“It's not a quick fix program that's what I enjoy about it. It's a place that you can come and really call home,” said Bryant.

The Maryland Center for Veterans Education and Training (MCVET) helps veterans like Rozier Meekins, who first came to the center 20 months ago.

“You see, I had a drinking problem and since I've been here, I don't drink nothing. And like I said, a lot better. Life is a lot better for me,” said Meekins.

He's now working on getting his license and a certification in graphic design.

“Employment and training, and so, it's like a school and therefore the veterans are called students. You're here to learn a new way of living,” Bryant said.

Meekins story is a reminder of the good work and impact a charity can have, and the action taken against VietNow serves as a warning to any others thinking of skirting the law.

“If you're out there and you're trying to scam people out of their hard-earned money, if you're telling them you're using it for a worthy cause and you don't, we're coming after you,” said Frosh.

Any remaining funds collected by VietNow will be paid to the Fisher House Foundation and Operation Homefront.

Charities that solicit donations in the state must be registered in Maryland and in good compliance. However, ABC2’s Mallory Sofastaii found that VietNow is still shown as being “in compliance” on the Secretary of State’s charity search.

RELATED: What to ask before donating to a charitable organization

Which is why donors should do their research on other websites like Guidestar and Charity Navigator. Those sites can tell you how much money an organization gives to a cause as well as ratings and reviews.

UPDATE: A spokesperson with the Secretary of the State's Office informed ABC2 that the status of VietNow has been updated in their charity database system. He wrote:

"The Secretary of State and the Attorney General entered into the settlement with the other states and VietNow National Headquarters. We were in the process of closing their registration. The status has been updated in our system today."

If you have a Matter for Mallory, you can email her Mallory@wmar.com.