Clock-ticking for residents with damaged homes 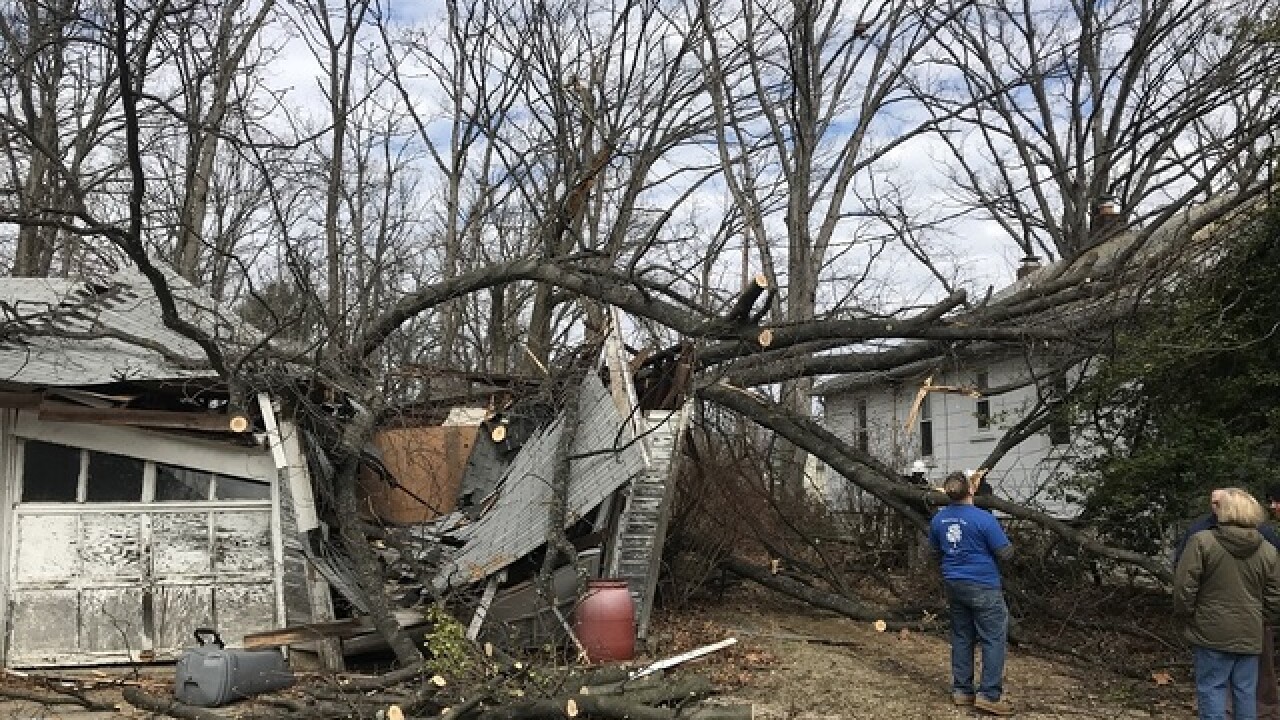 The looming weather is motivating people to move a lot quicker to clean-up after the last storm. The only problem is that some can't get the help they need fast enough.

Patrick Buchanan in Stoneleigh was on his roof Tuesday. He had a chain saw in his hand and he was trying to clear out the tree that created three holes in his ceiling Friday night.

“We were inside, the kids were inside, it scared the heck out of them. The tree started to catch on fire and took out the top power line that was sitting on the roof, it electrified the whole house. Down spouts melted away. Siding caught on fire. It’s quite a nightmare,” said Buchanan.

Buchanan’s been trying to get some help, and so are many others in our area. After calling multiple tree removal companies, Cory Guagliardo with American Tree Service arrived Tuesday afternoon. Guagliardo didn't come with his equipment though, he said he wasn't able to get to this job for another few days, weeks in some cases.

“Thirty, forty, fifty phone calls a day. You know, three in the morning, people just looking for anyone to answer the phone and happy someone answers the phone,” said Guagliardo.

Buchanan's also been trying to get his insurance company to work on his claim.

“Yesterday, I called back to the main number and they finally tracked down my agent and got me in touch with her,” said Buchanan.

The Maryland Insurance Administration says an adjustor should only take a few days, but with a major storm it could take slightly longer.

Wind damage is generally covered but you have to check your policy. There are different rules when it comes to deductibles and repairs versus reimbursement.

"Usually if they have a wind deductible, it's triggered when there's a named storm and or if you have a declared emergency, both of which hit with this," Redmer said.

And if a tree falls on your car, you'll need specific coverage.

“It may be covered under your automobile policy if you have comprehensive coverage. If all you have is liability then that's something that won't be covered,” said Redmer.

He also recommends documenting everything, keeping a video inventory, and knowing your coverage before a big weather event.

Some insurance policies may also cover any spoiled food if you lost power and hotel costs if you need to stay somewhere while repairs are being done.

If you need to file a complaint with the Maryland Insurance Administration, click here.

And if you hire any contractors to help with repairs, check that they're licensed with the Maryland Home Improvement Commission. Click here to search their database.