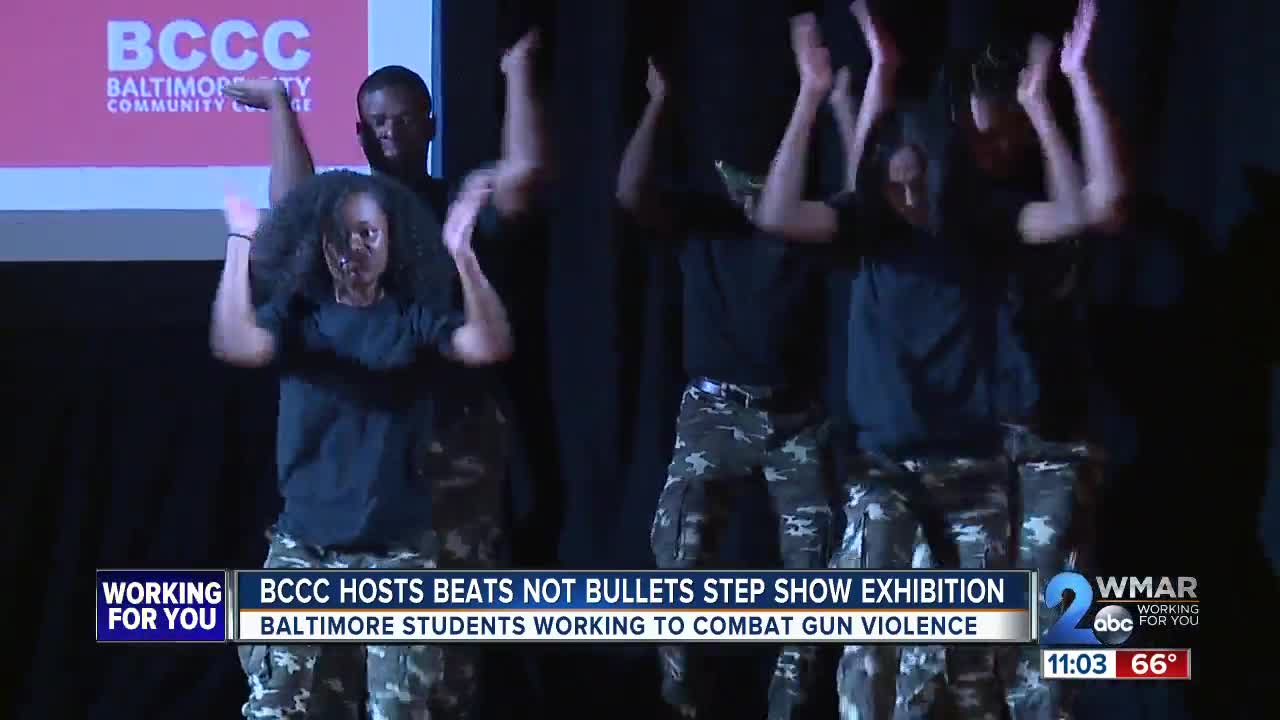 The movement and the rhythm, it's easy to get entranced in the routines.

BALTIMORE, Md. — College students from Baltimore City Community College and Morgan State took the stage with high school kids from around Baltimore City in hopes of changing the way young people move on the stage and the streets.

When the movement stops the high schoolers and college students are living in a world where the sound of violence is sometimes defining.

“The younger it gets and the closer to your area it gets. Sometimes you might know somebody it’s just kinda hurtful. Like who’s next am I next? You don’t want to have that thought process going on,” said Ayanna Vetters.

On Friday night, the Baltimore City Community College students got to show what passion can help them pursue. And on the same night a shooting happened in South Baltimore injuring five people including two toddlers.

As shootings continued to plague the city, these students were hoping to still get their message across.

"Do something fun, something creative, something that's not violent for the youth in the city," said a student.

“When I first came to high school I really felt the unity in it," said Ifead Agbon.

Stepping up for our young people in a city that could use a lot more of it.

“Often times the youth is not included when it comes to these issues of gun violence and this is a great way for us to come out and show we care about these issues. While also doing what a lot of have in common which is step,” said Aaron Seivers.

Aaron is a high school senior and he will be heading to North Carolina A&T next year.