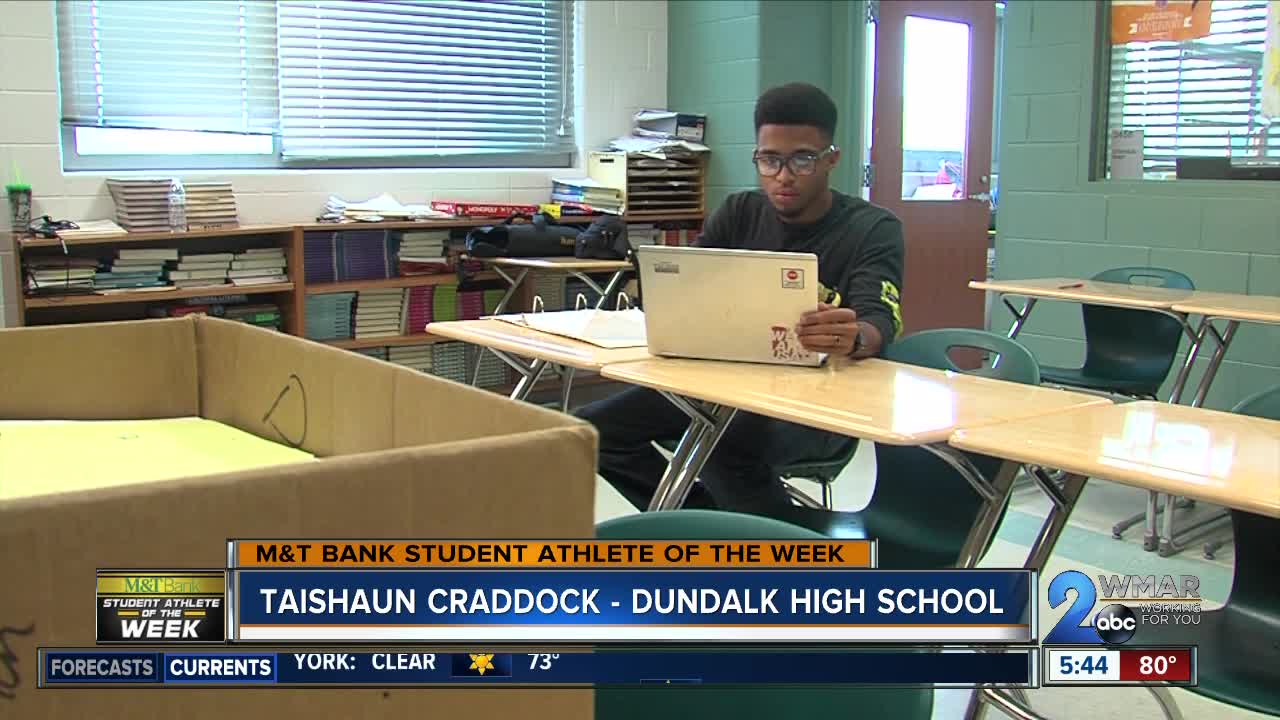 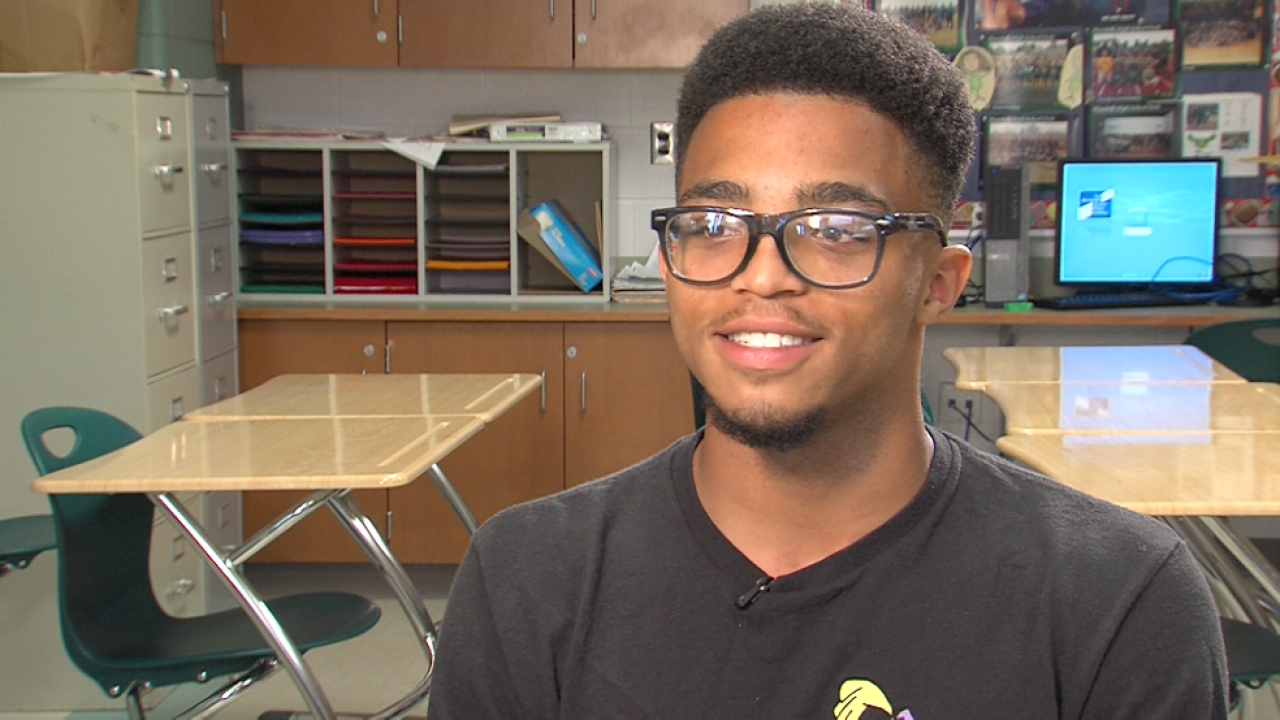 BALTIMORE, Md. — When Taishaun Craddock is running, that's when he finds peace.

He may be a natural, but getting involved in the sport didn't come naturally.

“I did other sports. I did soccer. I did basketball. I did football" Craddock said. "They weren't really my thing. I Just liked to run around. When I got to eighth grade I found out there was a sport for it. So, I tried out for that and I did pretty good in it.”

The Dundalk High School junior is ranked third in the state in the 300 meter hurdles. He's also top ten in the 110 meter hurdles and 100 meter.

He's a two-time national qualifier as part of the 4x200 relay teams and was first team All-Baltimore County during the last indoor track season.

“(It) made me feel proud of myself as a runner, a student athlete and a son to my mom and dad,” he said.

“His work over the past three years has helped turn Dundalk around as a program,” said Dundalk Head Track and Field Coach Kevin Tran. “Him being named first-team All-County really makes me proud.”

When Taishaun isn't cooking the competition he's cooking in a kitchen. Taishaun spends the mornings getting A's at Dundalk and the afternoons at culinary school where he's learning:

He also volunteers as a counselor at the Fire and Life Safety Camp teaching kids how to deal with and prevent fire.

His ultimate goal is to run his way all the way to college.

“A Division I, full-ride scholarship for track and field,” he said.

We're pretty sure he has the recipe.

Congratulations Taishaun Craddock. You're this week's M&T Bank Student Athlete of the Week.