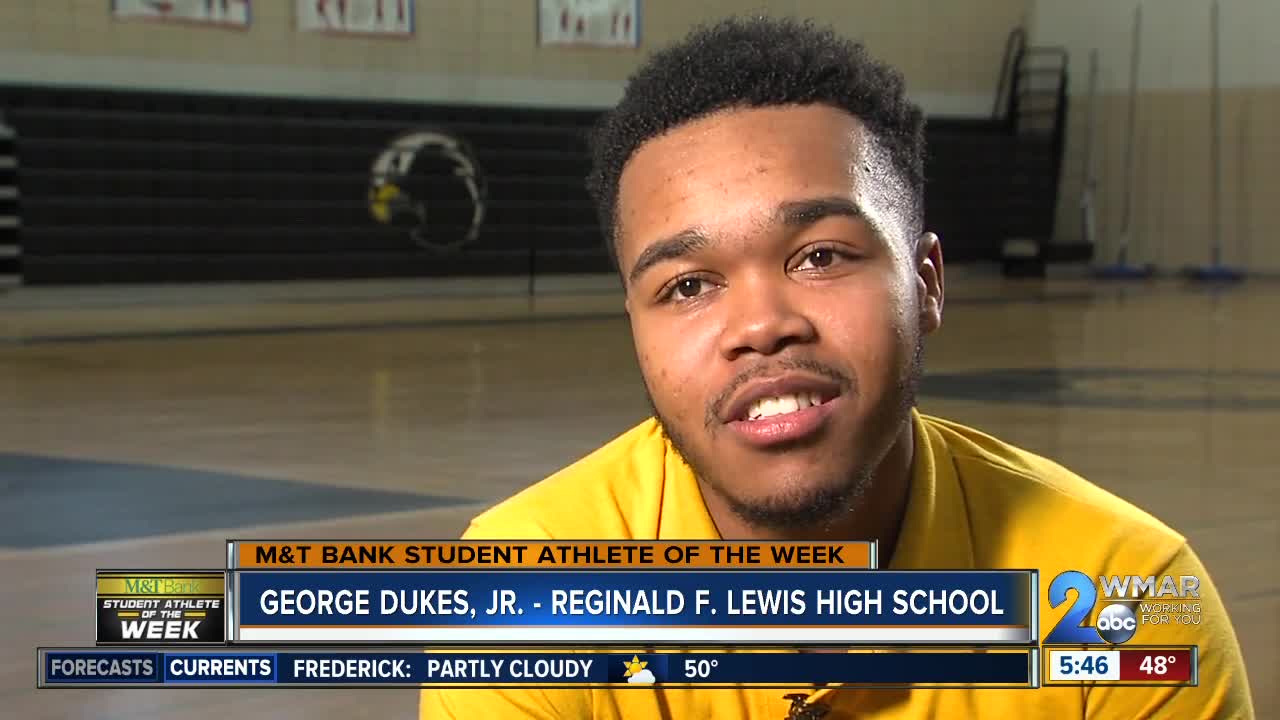 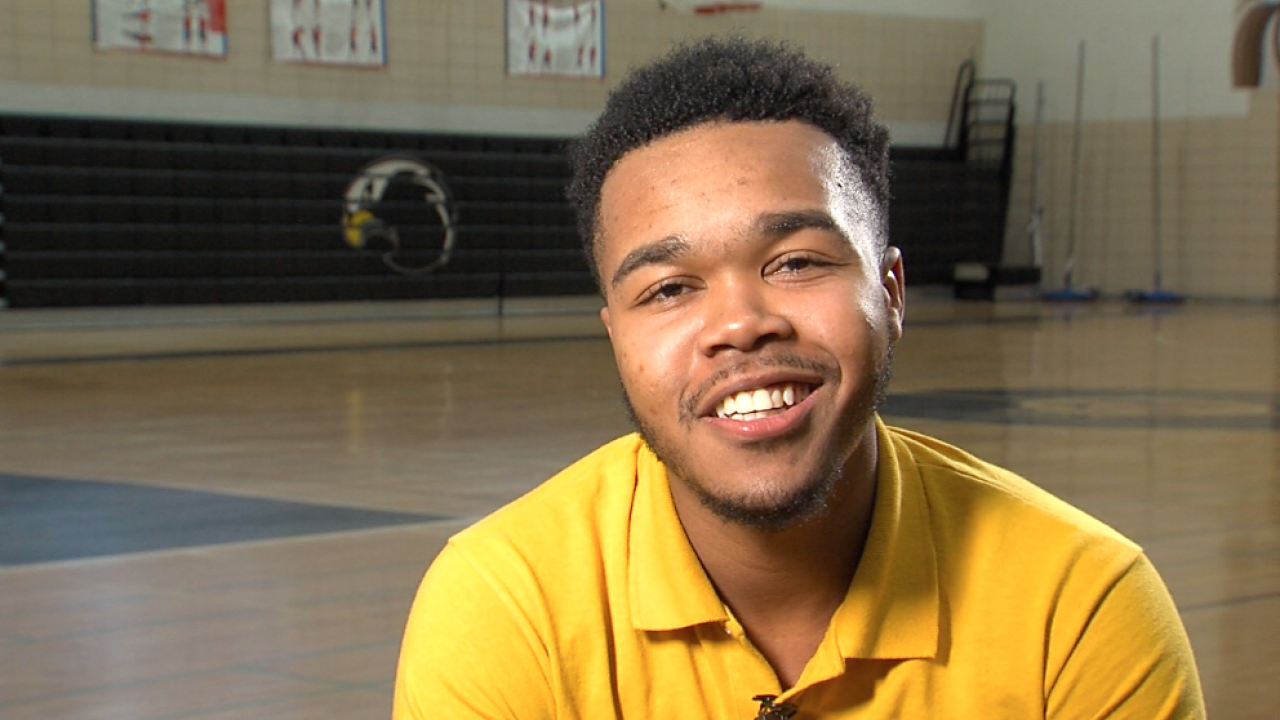 “I really care about winning more than anything,” he said. “So, I try to score as much so we can win.”

In his first season at Reginald F. Lewis the junior is leading the Falcons in points. He's scoring just under 18 per game. But that's secondary to how his team performs.

“More of a leader for everybody. Leading by example. So, I know I got to bring my A-game every time I'm on the court,” he said.

With the state playoff tournament starting on Friday his sites are set on history.

“I do want us to win a state championship for the school, because as you see, there's no banners in here right now,” said Dukes, Jr.

The only thing flying higher than George and the Falcons is his grade point average. He's earning a 4.60 GPA.

That team mentality we talked about, that extends to his studies.

George hopes to attend a Division I college and provide for those close to him.

“I want to go somewhere where I can make it in life, take care of my family and do everything that I'll need to do,” he said.