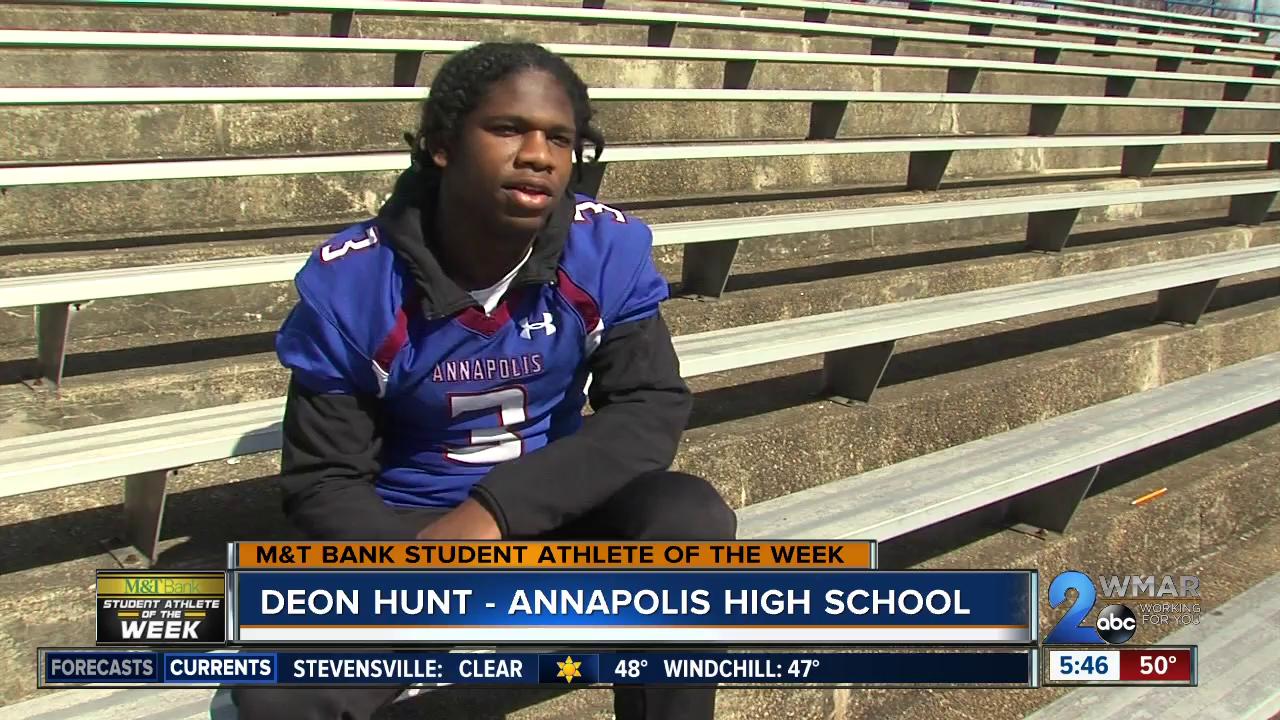 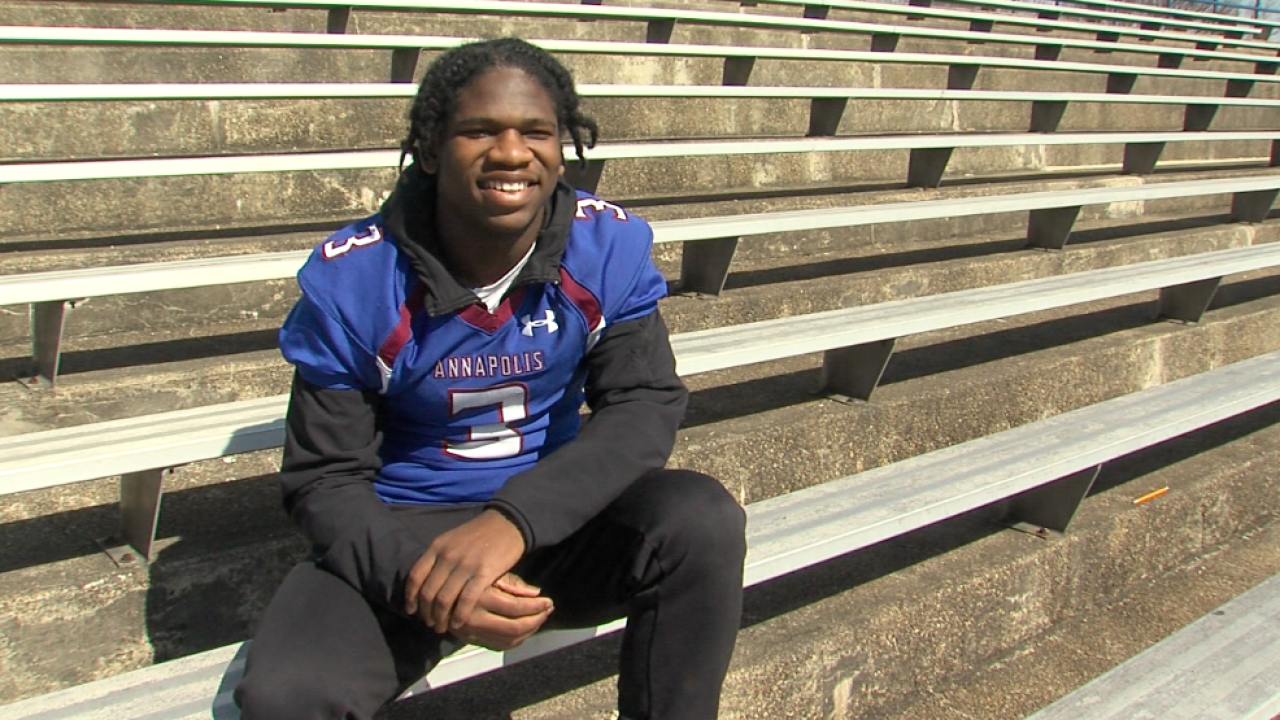 ANNAPOLIS, Md. — Deon Hunt pretty much plays it all at Annapolis High School.

“I play football, baseball, basketball and I ran track,” said the junior.

His main sport is football. You can say he's versatile.

“So, I play punter, kicker, running back, outside linebacker,” he said. “I also play a little bit of slot (receiver).”

The junior captain would probably play more if his coaches wanted.

“Whatever is better for the team or whatever the coaches think that I could do then I'm putting all effort into it,” said Hunt.

Effort is what he's all about.

“The whole team feeds off of Deon's energy,” said Annapolis assistant football coach Eric Wilson. “Deon's always also one of those players who constantly lifts a team up verbally.”

He's not only lifting up his teammates. He's lifting up his community by volunteering to read to kids at local elementary schools. It's all in an effort to be a positive influence on his neighbors.

His drive to succeed, both on and off the field, comes from family.

“Everyone in my family plays sports. But, none of them really went to college or farther from it,” he said. “So, I want to be the first person to actually do something with it.”

If it doesn't work out, he'll be ready. He has his priorities straight.

“Classroom is everything. Sports is something good but grades can get you farther than sports.”

His journey is just beginning.

Congratulations Deon Hunt. You're this week's M&T Bank Student Athlete of the Week.