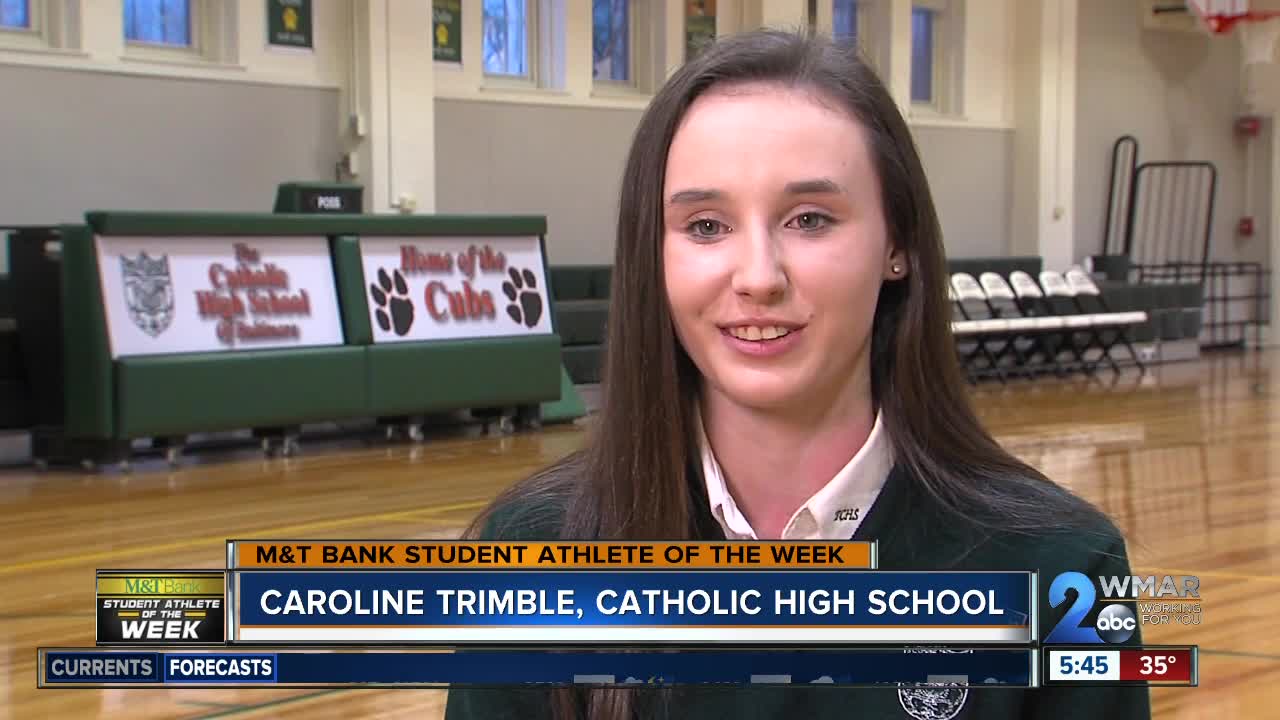 She is new to her school and new to her sport. But that isn't stopping her from beating out the competition and climbing in the record books. 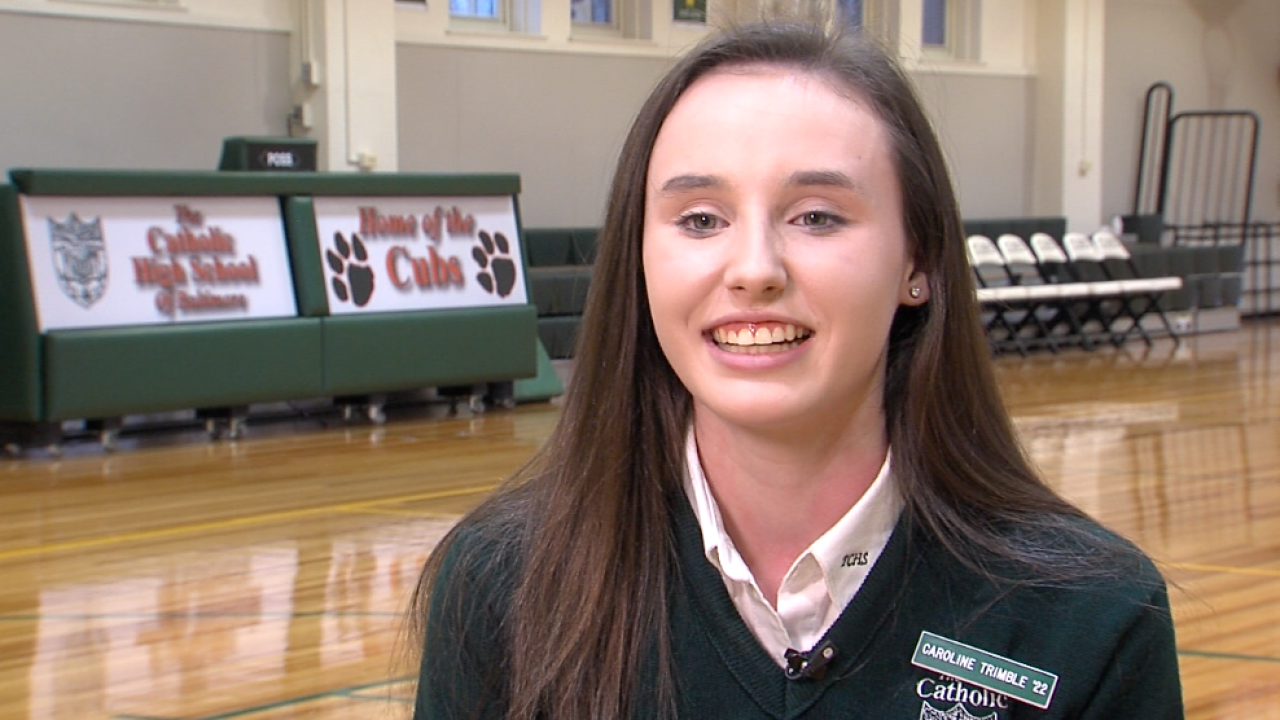 BALTIMORE, Md. — Caroline Trimble hasn't been at the track and field game long.

“I put the work in. So, I wasn't surprised that I did well,” she said. “I put a lot of pressure on myself. It's self motivation that lets me do what I do.”

“First year, freshman, first time ever doing track - to do what she did and definitely make an impact on the IAAM - there are coaches out there that are scared of her,” said her head coach Mark Planamente.

She placed third at the Interscholastic Athletic Association of Maryland Championshps in triple jump. She placed fourth in long jump.

“For her to be of that caliber already, it's just unheard of,” added Planamente.

Caroline also plays lacrosse and soccer. It was on the pitch where adversity struck last fall.

“I got injured the second game of the season,” she said. “I sprained my MCL so I was out for just about eight weeks.”

“She wasn't cleared to start jumping until, I think, the last week of November or the first week of December,” said Planamente. “She just did a quick broad jump and the explosiveness that came from that one jump was not something I have seen very, very often.”

Trimble's determination showed in her recovery and shines every day in the classroom.

“My grades are definitely more important than my athletics,” she said. “For me it's important to keep up good grades because I wouldn't be able to do the sports that I do if I didn't keep up my grades.”

Just like Caroline in the air, her academic achievements certainly promise to rise.

Congratulations to Caroline Trimble. She is the M&T Bank Student Athlete of the Week.