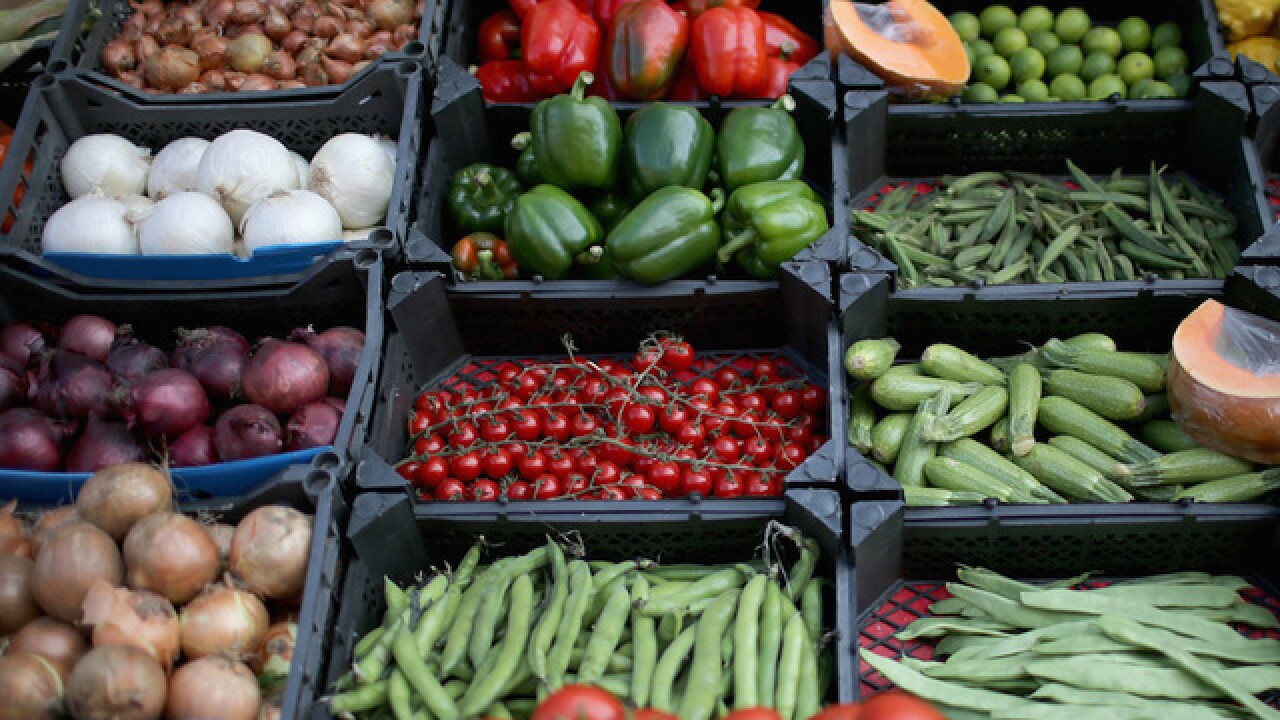 Copyright Getty Images
Christopher Furlong
<p>Fruit and vegetables are displayed for sale at a grocers shop on May 23, 2014 in London, United Kingdom. Researchers at University College London recently said that eating 'five-a-day' of fruit and vegetables should be increased to seven. The study involving 65,226 men and women concluded that lifestyles which included at least seven-a-day reduced the chances of serious health issues.</p>

Eleven million. That is the number of deaths that could have been prevented worldwide with this simple change.

The key to preventing heart disease, cancer, and type-two diabetes may be in your diet. A global study analyzed data from 195 countries over a time span of more than 25 years and found people who skimped on healthy foods, such as veggies, fruit, fish, and whole grain were more likely to develop heart disease and die before their time. In fact, they found that one out of five of deaths around the world was associated with a poor diet.

The study stresses that there is a larger gap on the amount of nourishing foods that people don’t eat, than the unhealthy ones that we do eat. For example, the global average intake of red meat is 27 grams, which is slightly higher than the recommended daily amount of 23 grams. However, most people on average eat three grams of nuts and seeds, compared to the recommended 21 grams. So instead of focusing on what you should cut out, focus more on what you should be putting into your diet.

“Something that is well-balanced, where there’s plenty of natural foods, plenty of vegetables,” Jose Santana, Internal Medicine Physician, said.

That may be the key to a longer, healthier life.

In the study, North America was found to have the highest processed meat intake, while central and South Asia, the Caribbean, tropical Latin America and parts of Africa actually consumed more vegetables.