A man's journey through breast cancer 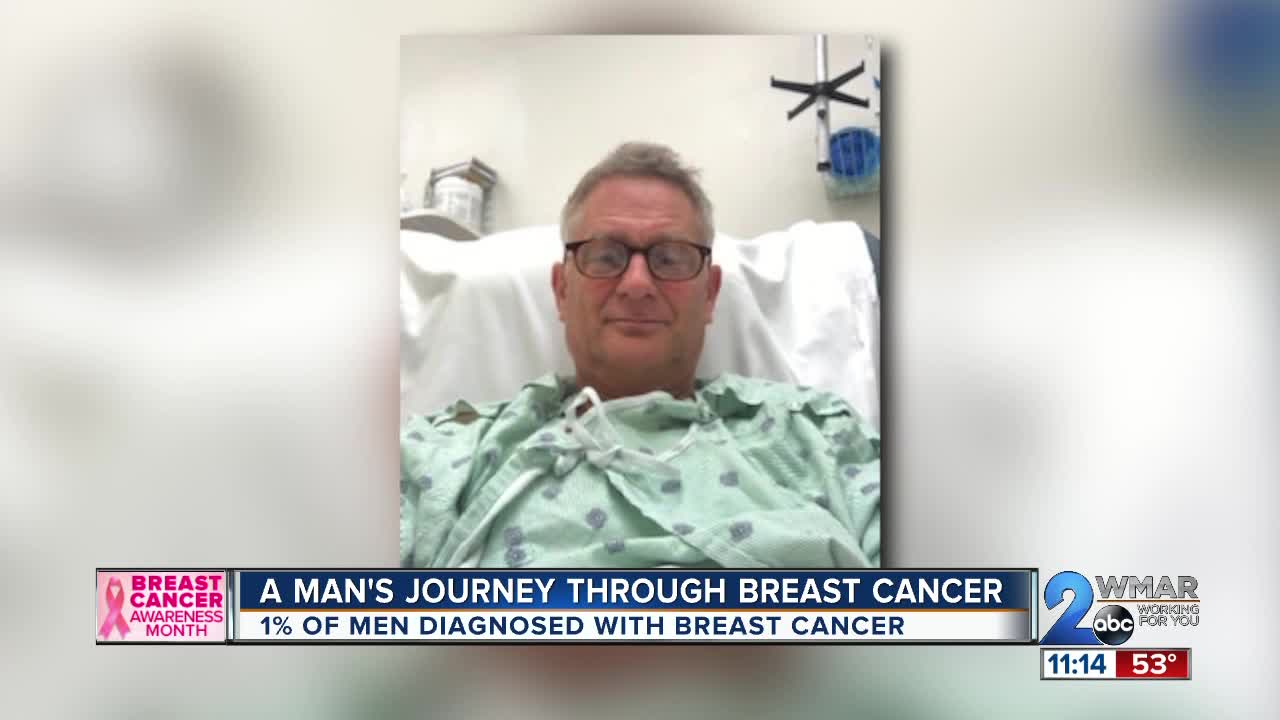 That's what doctors visits have been like for Rick Yaffe during the last year. He was diagnosed with breast cancer.

BALTIMORE COUNTY, Md. — "I'd go into the office and if they'd call Susan or Robin or Joan or Kelly, whatever name it was and when they heard Rick, all of a sudden you'd see everybody look up."

That's what doctors visits have been like for Rick Yaffe during the last year. He was diagnosed with breast cancer.

"It would be like filling up a stadium of all males and picking one person out and that was me."

Last October, he was among the one percent of men diagnosed with male breast cancer. They caught it really early. He was stage one.

"I noticed a little tiny bump on my left breast but didn't think anything of it and while I was going through my physical the doctor says what's this," Yaffe said.

Within days after seeing Dr. Michael Schultz from the Breast Center at the University of Maryland St. Joseph Medical Center, he was in surgery having his tumor removed.

"The cancers are absolutely identical. They're the same cell type. They are treated the same way. We use the same medication."

Dr. Schultz says it's rare in men partly because they don't have as much breast tissue as women.

After his surgery, Rick was back to work in two days. He was uncomfortable for just about two weeks, but he knows he's lucky.

"I can really empathize, sympathize and have a conversation about the drains and about the removal of a breast that most guys can't talk about or don't understand," Yaffe said.

Women over 40 are supposed to get mammograms once a year, since this doesn't apply to men, Rick says they need to be in tune with their bodies.

"All guys should be checking the area around their breast for lumps and to see if they feel anything that feels unusual."

And if you find something, don't ignore it.

"It's easier to get it checked and to find out it's nothing than to worry and find out later that it's much more serious progression of a medical condition that you could have had taken care of," Yaffe said.