One dead, others rescued after explosion demolishes homes in NW Baltimore
Simplemost

WNBA Players Will Wear Breonna Taylor’s Name On Their Jerseys 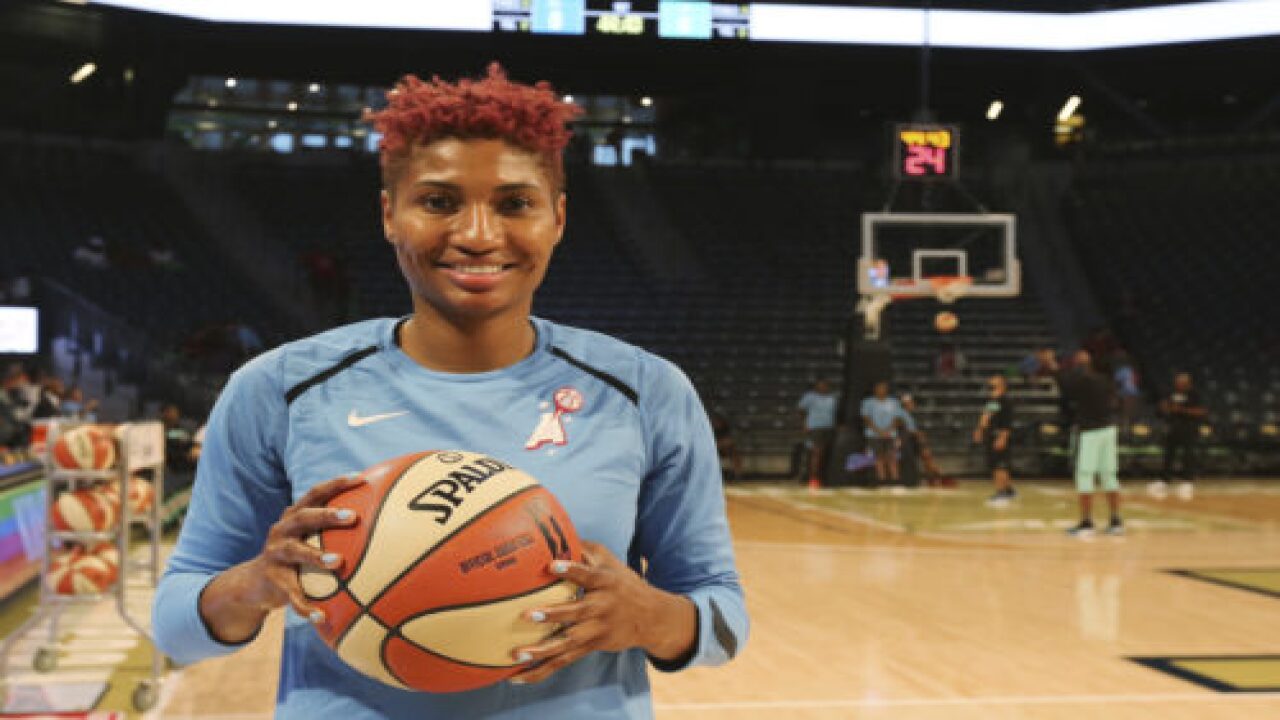 The WNBA is planning a special gesture to honor Breonna Taylor, the 26-year-old Black woman who was fatally shot after officers performed a “no-knock” search warrant at her home in Louisville, Kentucky, in March.

During the WNBA’s initial weekend of basketball competition in July, team uniforms will display Breonna Taylor’s name — in addition to the names of other “forgotten victims of police brutality and racial violence,” such as Sandra Bland and Vanessa Guillen.

The WNBA released the details of the new uniforms, which players will wear when the 2020 season begins in late July, in a press release announcing the league’s 2020 season will be “dedicated to social justice.” Throughout the season, players will wear warm-up shirts bearing “Black Lives Matter” on the front and “Say Her Name” on the back.

The campaign began as an idea from Las Vegas Aces player Angel McCoughtry, who shared a photo on Twitter of her Aces jersey with Breonna Taylor’s name instead of her own.

“Say their names on our jerseys,” McCoughtry wrote.

Say their names on our jerseys pic.twitter.com/AGF1r3Eqp2

The jerseys will also be available for purchase, and proceeds will go toward the Breonna Taylor Foundation. Taylor’s family is fully on board with the WNBA’s campaign. McCoughtry and the league both reached out to the family about it, per ESPN.

“Breonna’s mom [Tamika Palmer] was very honored the players wanted to do this in honor of Breonna and all the other women killed in police custody,” Lonita Baker, attorney for Taylor’s family said.

McCoughtry celebrated the success of her idea on Twitter, writing, “People have asked, what is putting the names on a jersey gonna do? Well we plant seed for a better tomorrow. Yes, it takes time to grow but in due time amazing things will bloom.”

God is so Amazingðð¾!! We have yet to scratch the surface into making a better America !

People have asked , what is putting the names on a jersey gonna do ? Well we plant seed for a better tomorrow. Yes , it takes time to grow but in due time amazing things will bloom.

The jerseys are just the beginning of the WNBA’s plans to address racism and inequality. Players have also formed a Social Justice Council, advised in part by co-founder of Black Lives Matter movement Alicia Garza. The council will create “spaces for community conversations, virtual roundtables, player-produced podcasts” and more.

Though the schedule for the WNBA’s 2020 season hasn’t been released, games are set to begin on July 24.