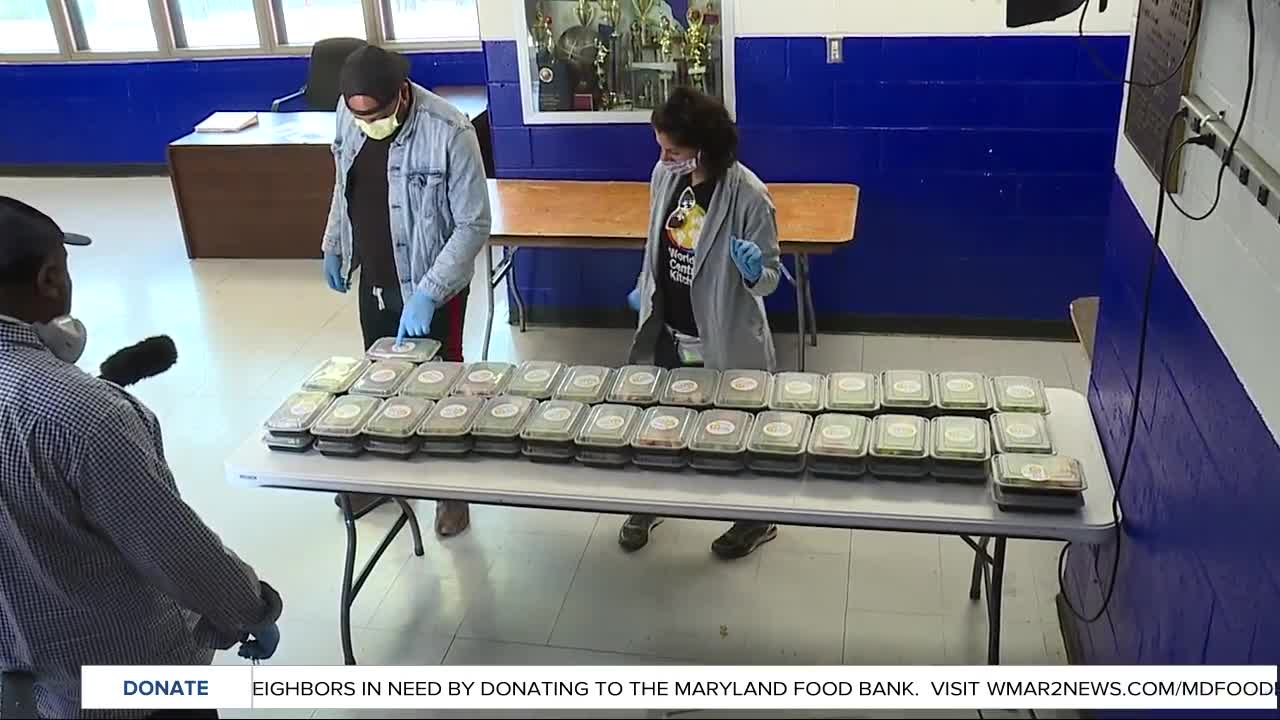 Kwame Rose has been busy making sure people the most vulnerable in black communities are receiving meals during the COVID-19 pandemic.

BALTIMORE — Kwame Rose has been busy making sure people the most vulnerable in communities are receiving meals during the COVID-19 pandemic.

Since last week the community activist has been delivering food to various community centers and senior apartments in and around the city.

Rose gained a following in 2015 when he confronted confronted Fox News reporter Geraldo Rivera during the protests for Freddie Gray.

He didn't talk about about the incident during Wednesday food deliveries. Instead he focused on those in need. His cause is helping both the hungry and black restaurant owners in the city.

"The whole goal of this project was to help disrupt the disruption that local businesses and restaurants have a feeling," he said. "Because of the shut down businesses have been hurt. This is a way to help them and do some good but to also help feed the seniors."

WMAR-2 News followed Rose and other food first responders as they picked up roughly 125 hot packaged meals from The Corner Bistro & Wine Bar in Downtown Baltimore.

The rest of the meals were picked up from Salaam Eatery in Walbrook Junctions.

Each day Rose partners with different restaurants. The businesses receive roughly $10 per meal through a partnership with Washington D.C. based World Central Kitchen.

"We have a commitment from them for the next few weeks," said Rose.

In a statement to WMAR 2 News World Central Kitchen said it is happy to pair up with food first responders like Rose.

“World Central Kitchen's food first responders have always mobilized with the urgency of now to get fresh meals to people when they need them most, and now more than ever, it's clear that communities across our nation, like Baltimore, are in need of the healing and strengthening power of food," said World Central Kitchen CEO, Nate Mook. "We are honored to be working across Baltimore to share not just plates of nourishing food with the community--we know every Baltimorean agrees that a meal in a time of need also means hope, dignity, and is a reminder that your whole community cares about you."

Food from Wednesday's pickups were delivered to the Liberty Rec & Tech Community Center and the Highlandtown Plaza Co-Op Apartments.

"We have different families that come," said Tiara Legg during the rec center drop off. "The food they bring has been a really big help, especially for people who don't have access to a microwave. This gives them a hot meal."
The 250 meals make a different for each recipient but Rose says it's not enough.

"Locations often as us for more but it's all we can do," he said. "If people check out World Central Kitchen and donate maybe this project can go on a little longer."