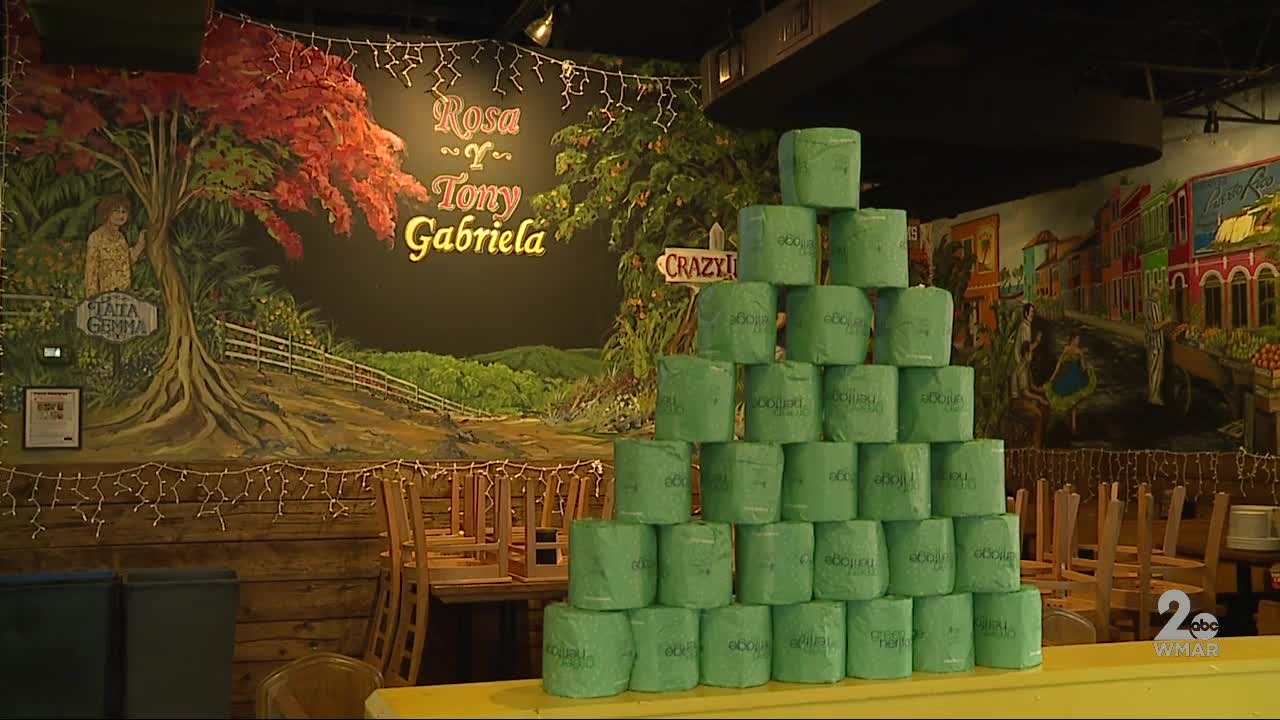 LISBON, Md. — It's an out-of-the-box idea. Inside every carry-out order from Tony Locos Bar and Restaurant in Lisbon is something you wouldn't expect, but it's bringing a smile to customer's faces and in many cases, filling a need.

"The biggest complaint I heard the week before we had to close were that people were going to the store and they couldn’t find any toilet paper," said owner Tony Guarino.

So he called his supplier, who had tons.

"I asked him to send 10 cases which is 1,000 rolls so every carry-out order, we give out a free roll of toilet paper," said Guarino.

And the idea is on a roll.

"I’m down to three cases right now so I’m about to place another order," said Guarino. "Some people give it back to me and they laugh. We wanted to make people laugh but some people really need it and the people that don’t have any at the house, we’ve given them as much as they want," said Guarino.

An idea of humor and humanity Guarino said. He hopes to keep his business going so he can keep giving back to the community and to his extended family too.

"It’s so hard. We’ve had to lay off 35 people. It’s a tough decision. I want to keep the restaurant open obviously so they have a job to come back to but I want to do something for them," said Guarino.

And to do something for them, he's doing something for everyone. He's learning that a small gesture, a free roll of toilet paper, during a difficult time can make a big difference.

"We didn’t know what was going to happen and it’s been a pleasant surprise, still a little tough but better than we had thought. The community has really supported us," said Guarino.

You can call ahead or order online and then come pick up your food and toilet paper.

Guarino is also continuing its practice of donating 10 percent of all restaurant proceeds to local charitable causes, with the Lisbon Volunteer Fire Department the chosen beneficiary this Monday and Tuesday.

A number of other Baltimore-area St. John Properties restaurants and clients are offering carry out food and/or alcohol service, and implementing creative offers. This list is not comprehensive and updates can be obtained by following St. John Properties on Social Media @stjohnprop.