WHAT HAPPENED-Some See Snow & Others Rain 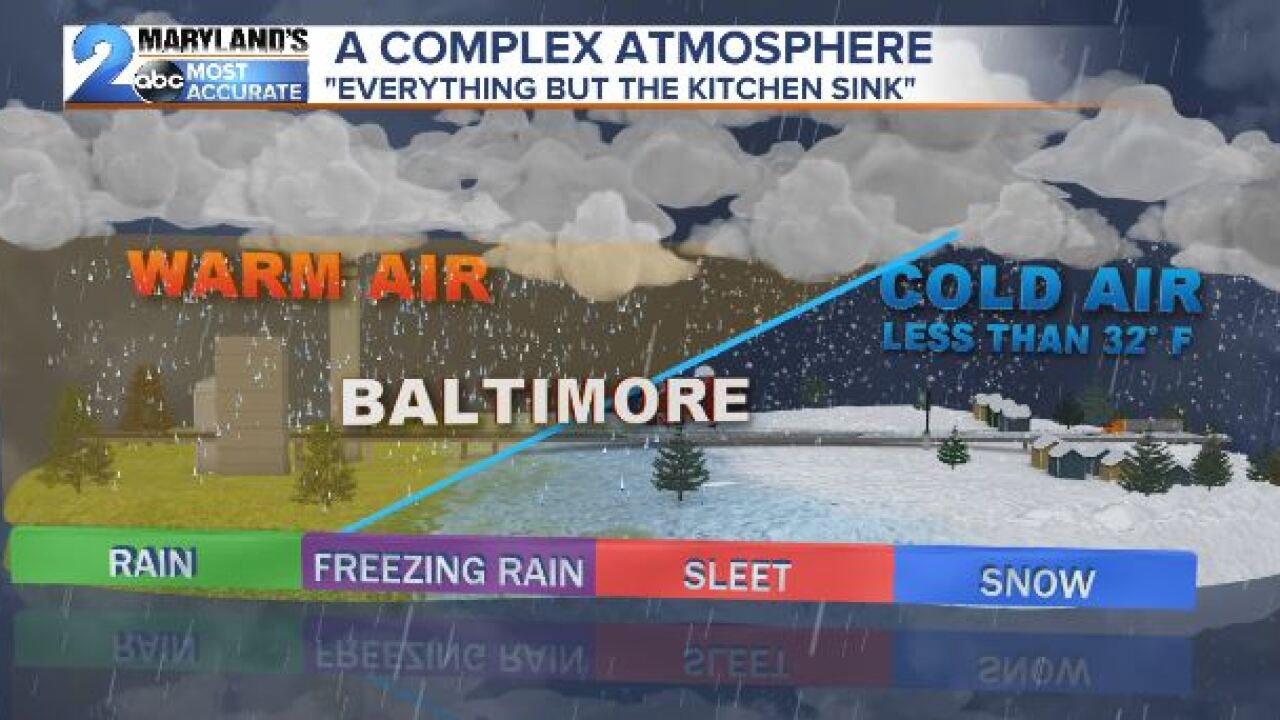 Well sometime we win and sometimes we lose the battle with "Mother Nature" when it comes to weather. It looks like those who hate snow and those who do not live near the Pennsylvania line won the battle today in avoiding major winter weather weather. Many locations started as heavy snow and sleet today before the warmer air took over aloft and at the surface.

We are in the month March which also doesn't help us this time of year to get big time snow. Since the storm system arrived during the daytime hours any wintry precip that fell melted on contact. Highs today made it over 40 degrees and you combine that with the high sun angle behind the thick clouds for the month of March to get melting instead of stickage when it comes to snow. There was also a limited amounts of cold air to drain down from the north with high pressure near New England. If the high was much stronger those "snow haters" would be complaining as the higher snow totals would likely come true.

Looking at a verification perspective we were accurate in saying the north and west suburbs of Baltimore would see the highest impacts. Many of these areas saw 2-4" of snow with a few localized spots closing in over 5". Roads remains treacherous and plows were down. Closer to the city is where the forecast got fuzzy due to the warmer air winning out. The forecast verified in the realm of 1-3" totals in many locations from Howard Co., Southern Baltimore Co., Baltimore City, southern Harford Co., central Kent Co. , and northern Cecil Co. picking this up on the front end of the storm before the change to rain.

If you were in Anne Arundel Co. and down the lower Eastern Shore it was mainly rain which also verified. The quickness of the storm system and lack of cold air really did us in for big snow.

Precipitation looks to wind down during the overnight hours with many locations looking at a mix of sun and clouds Monday with highs near 40 degrees. Big cold will follow for the middle of the workweek with highs in the low 30s and low temperatures in the teens. Another wintry mix is expected Friday. Stay tuned!!