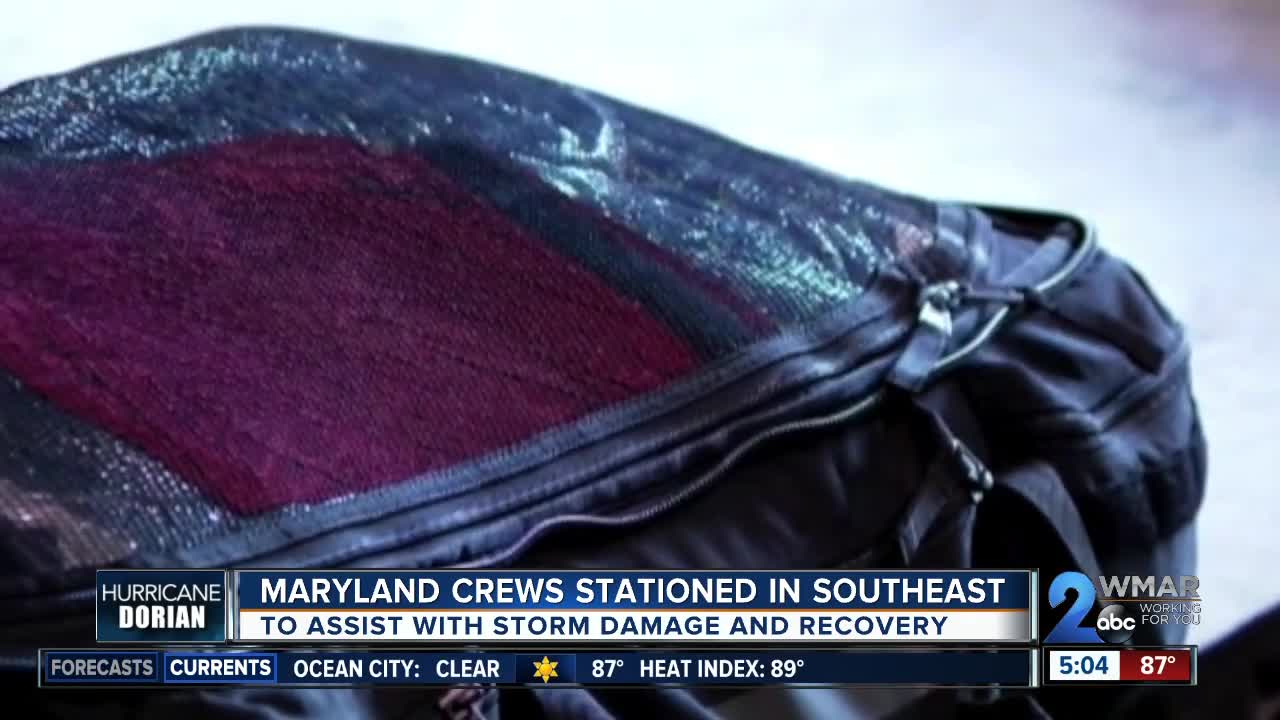 BALTIMORE — As the states await Hurricane Dorian to make landfall, crews are standing by and that includes crews from Maryland.

Rosemary OBrian is with the Greater Chesapeake Region Red Cross and she left for Atlanta this morning where she will help those evacuating ahead of the storm and those displaced.

The Red Cross says it has emergency vehicles on stand by in case they need to be deployed.

There's also a crew from the Baltimore County Fire Department in Jacksonville, Florida. They're specialized tactical personnel assigned to FEMA and will be deployed to various locations if needed.

The Montgomery Task Force One is also in Florida with it's 85 members including six canines, two engineers, two doctors, 20 vehicles and six boats.