The cold and snow train chug into April.. 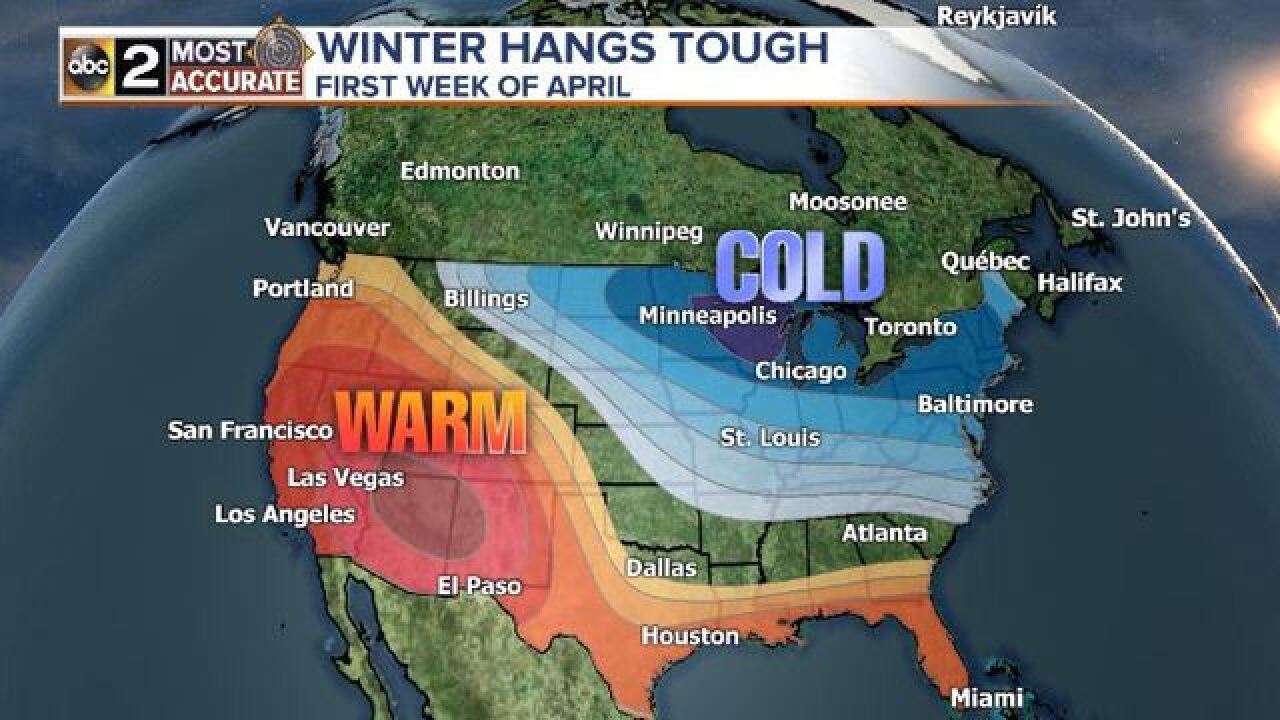 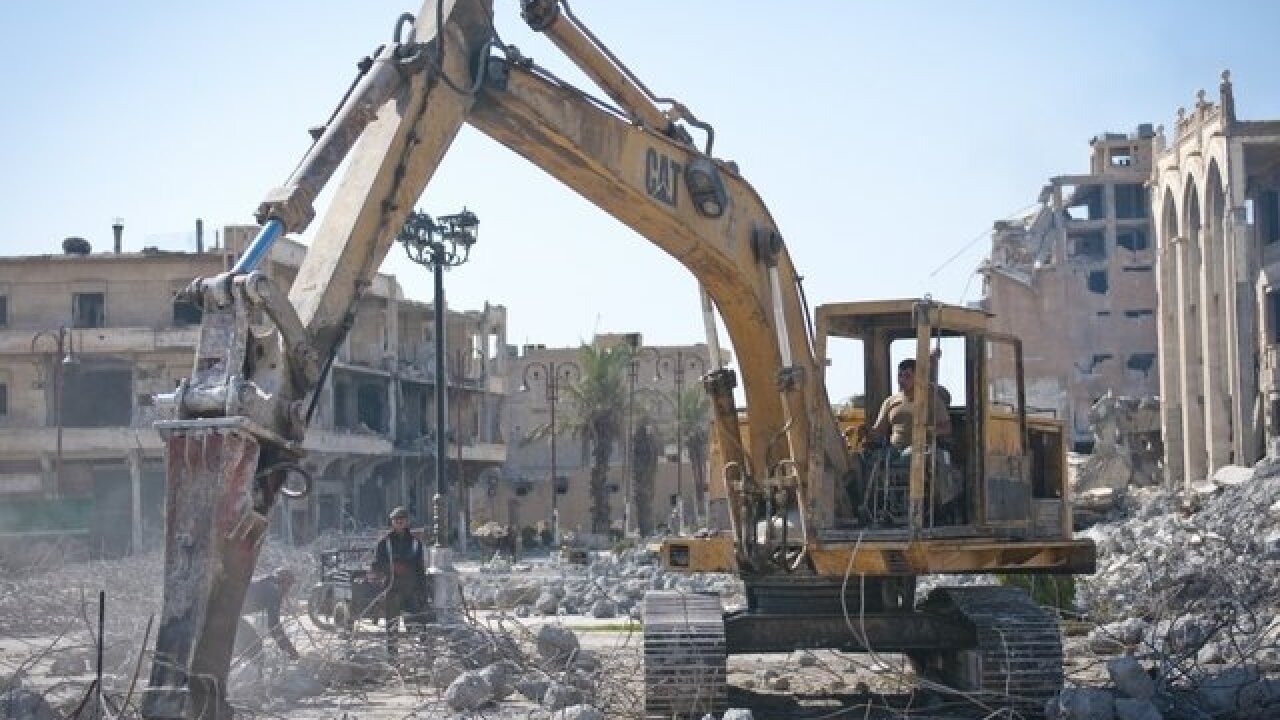 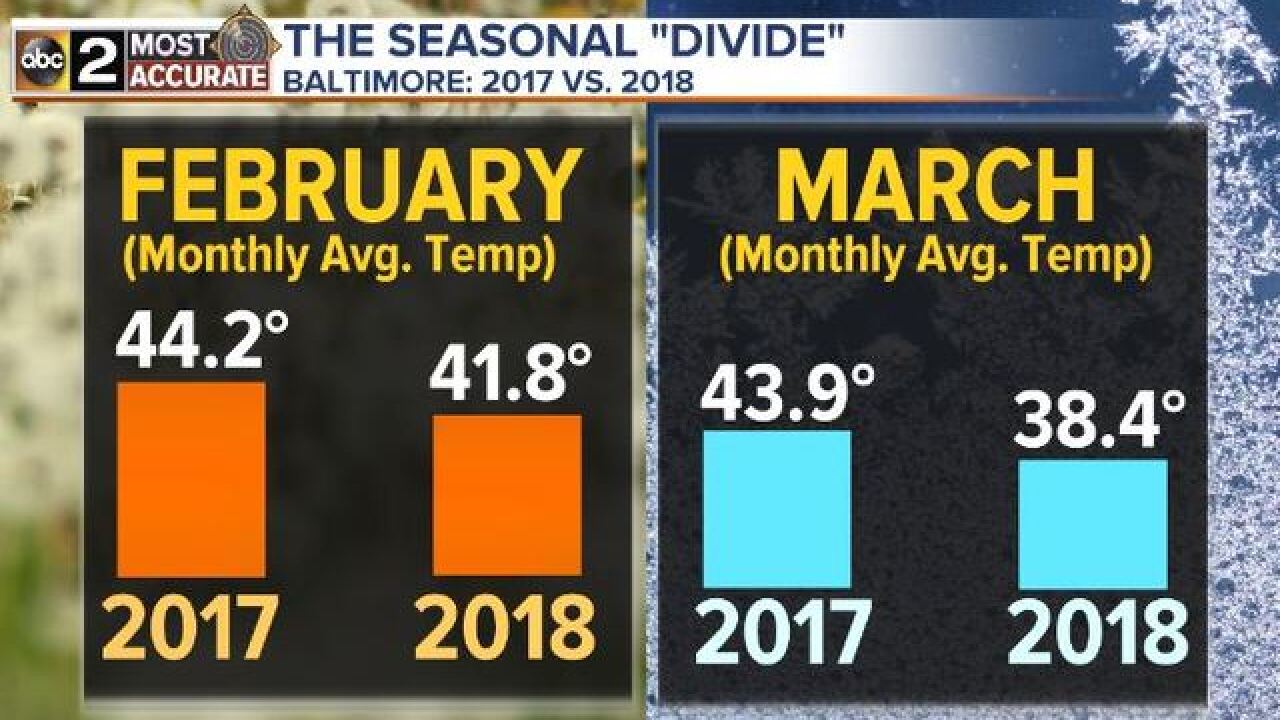 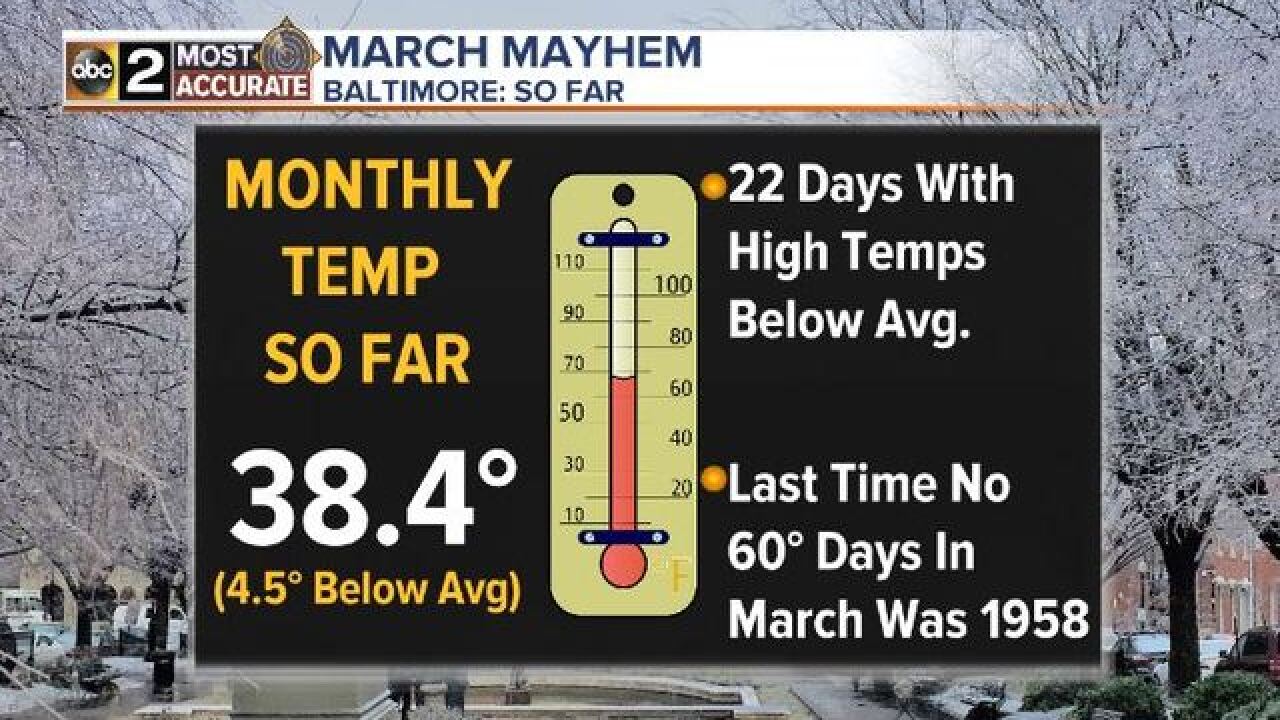 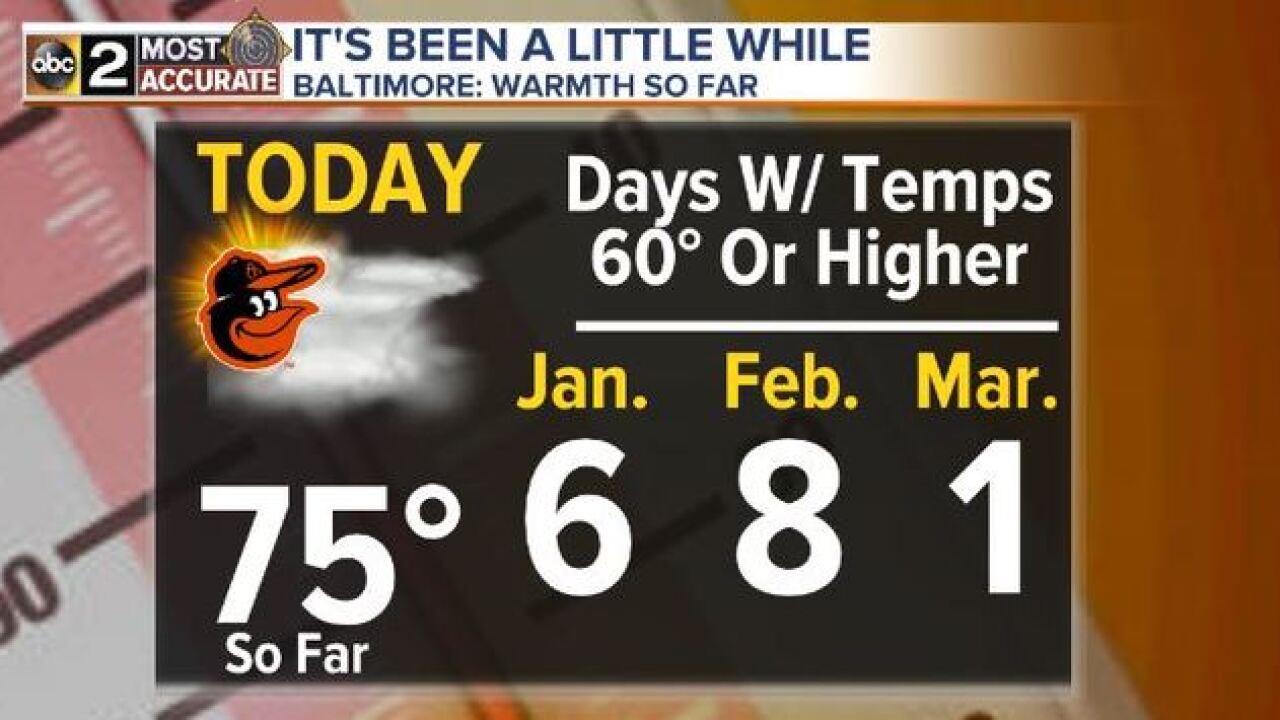 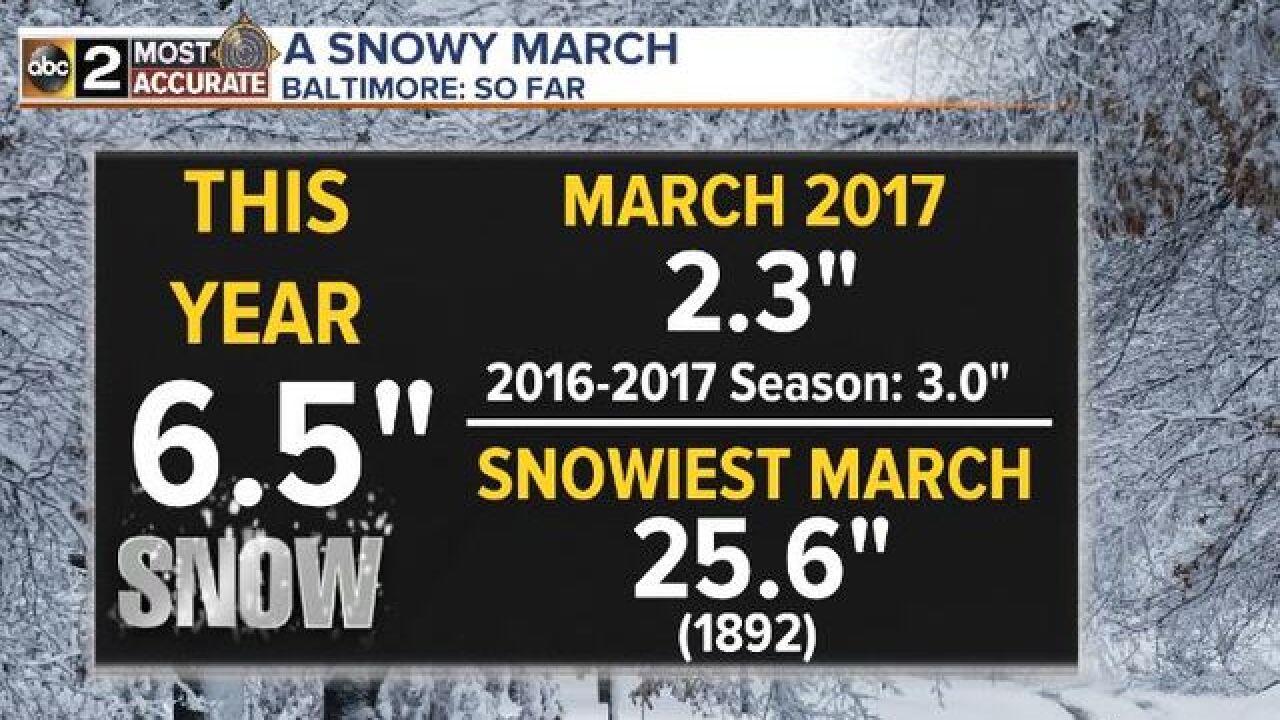 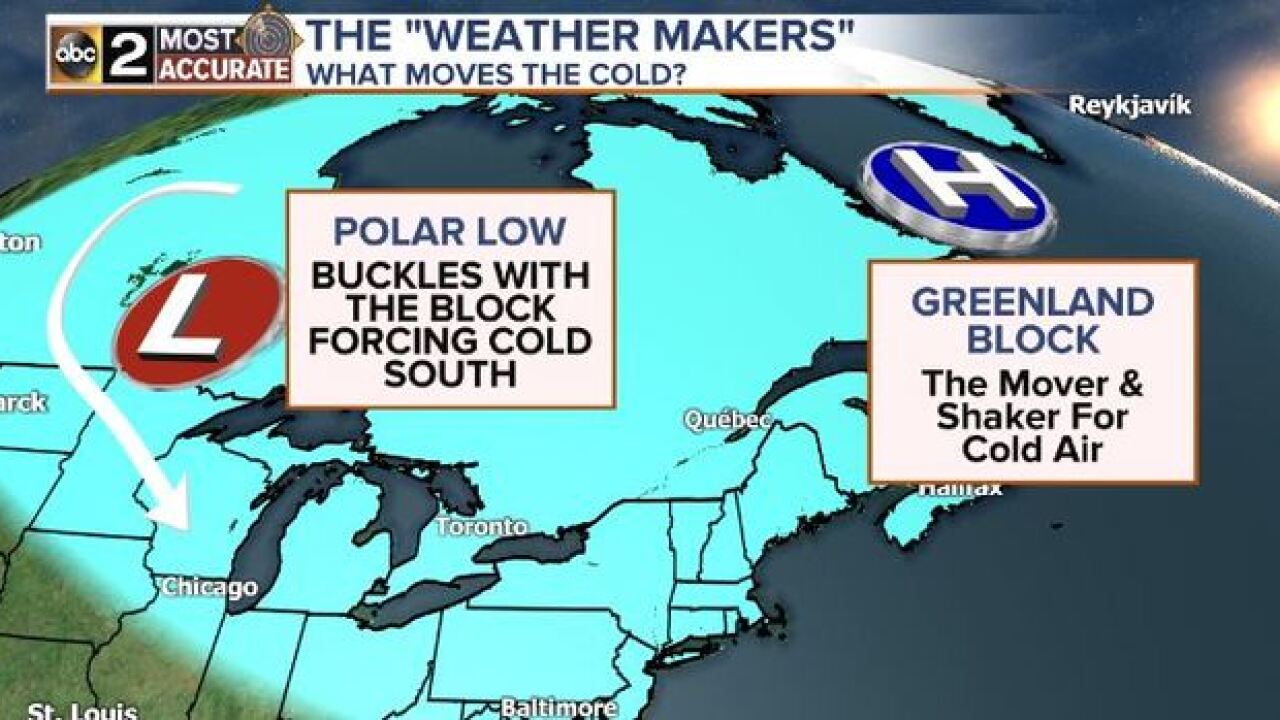 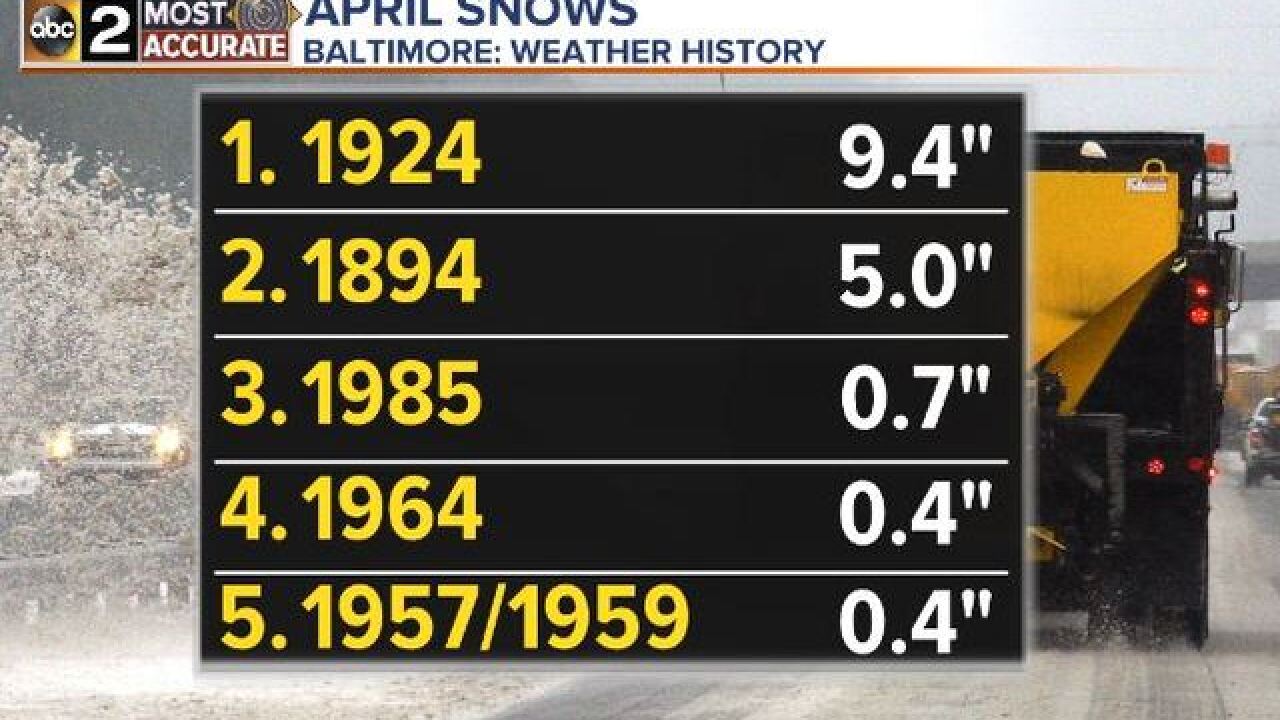 Once again it's another year of ups and downs in our weather pattern. Like so many years past we have our normal shift through the seasons but over the last 2 years we have seen a number of differences especially when it comes to monthly temperature. Although it's a small sample size February and March are very good examples.

It seems as if Spring is now showing up in February and trading places with Winter which has become a thing of the norm in the month of March. The question for many though is to if this cycle will continue into the month of April.

This year unfortunately the answer to that question is yes. A year of anything goes when it comes to weather and April will be no different. At this point the month will come in below average as colder air leaks in right after Easter with even the threat of snow.

The reason for all of this "Winter Mischief" is a low pressure system that is a lobe of the infamous "Polar Vortex" over Canada and an area of blocking  high pressure over Greenland called the "Greenland Block." High pressure in turn blocks low pressure creating a stalemate which in turn drives the cold over the northern tier and eventually with the aid of the jetstream pops it into much of the eastern 2/3rds of the country including here in Maryland.

In fact this has been the pattern that we've seen for much of this March already with temperatures running 3-4 degrees below average and now 2 days in the books above 60 degrees. Right now the harshest of the cold looks to set up over the northern tier with intermittent shots throughout the month of April into early May. Once again though this is just an early guess since one buckle in the pattern can create huge changes in the overall forecast.

With the cold air in place the odds of after Easter snow look good including the threat for this Monday then again possibly after April 6th. Now on Average the last chance for flakes in Baltimore is April 3rd, but official record keeping shows snows as late as April 28th. Once again we get back to the phrase of "Anything Weather Goes 2018".

Even though the snow is in the forecast a lot of ingredients have to come together to get it to happen (track, cold air, timing, and overall placement). It's still a head scratcher though to be thinking about colder weather after our recent warmth and those near 80 degree days in February. Truly a tease as Winter seems to be one step forward compared to Spring which seems to be
hanging out in the rearview mirror.

Keep checking back for updates, as we continue to monitor the battle between Winter and Spring. Maybe we will get to Spring one of these weeks. Come on already we got Cherry Blossoms to see and patio nights to celebrate!