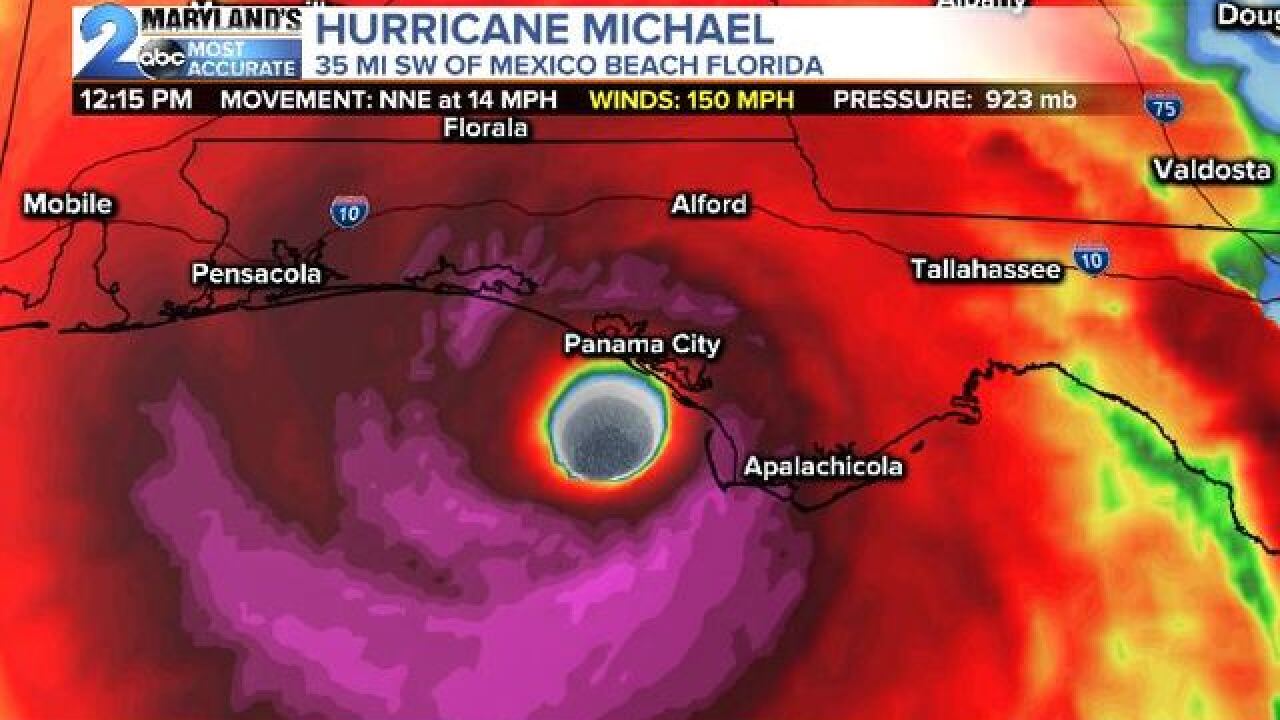 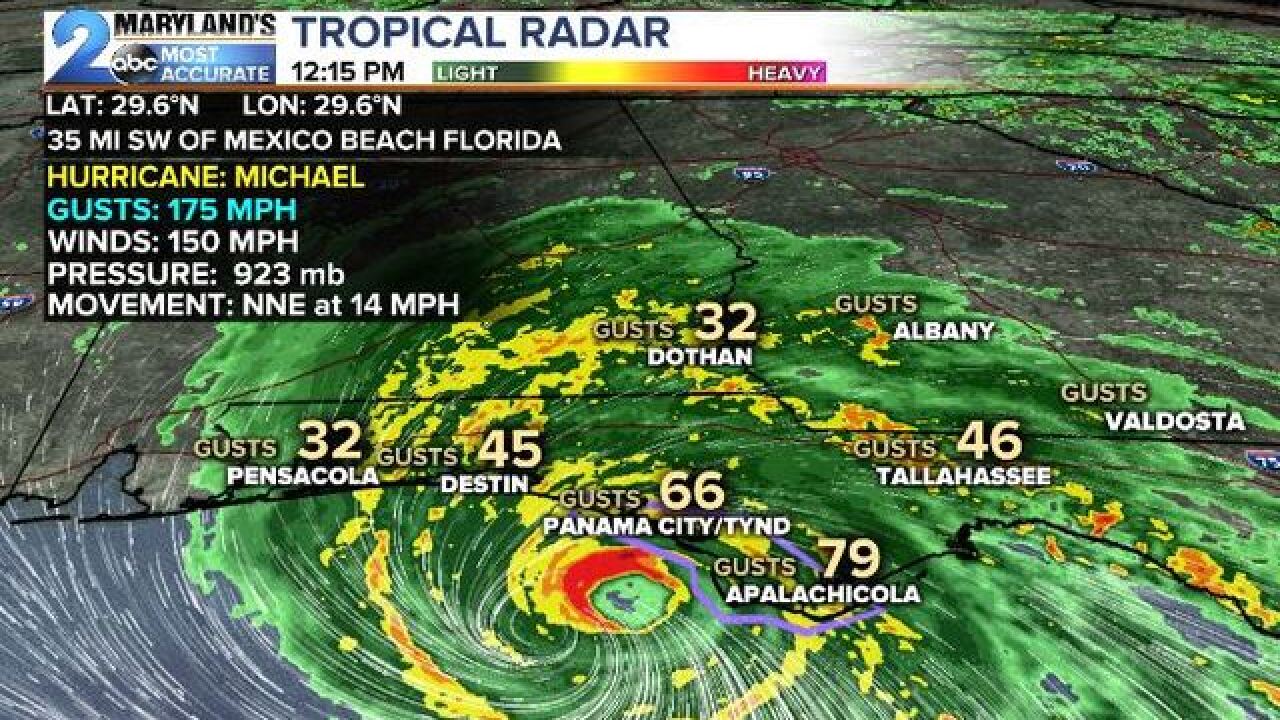 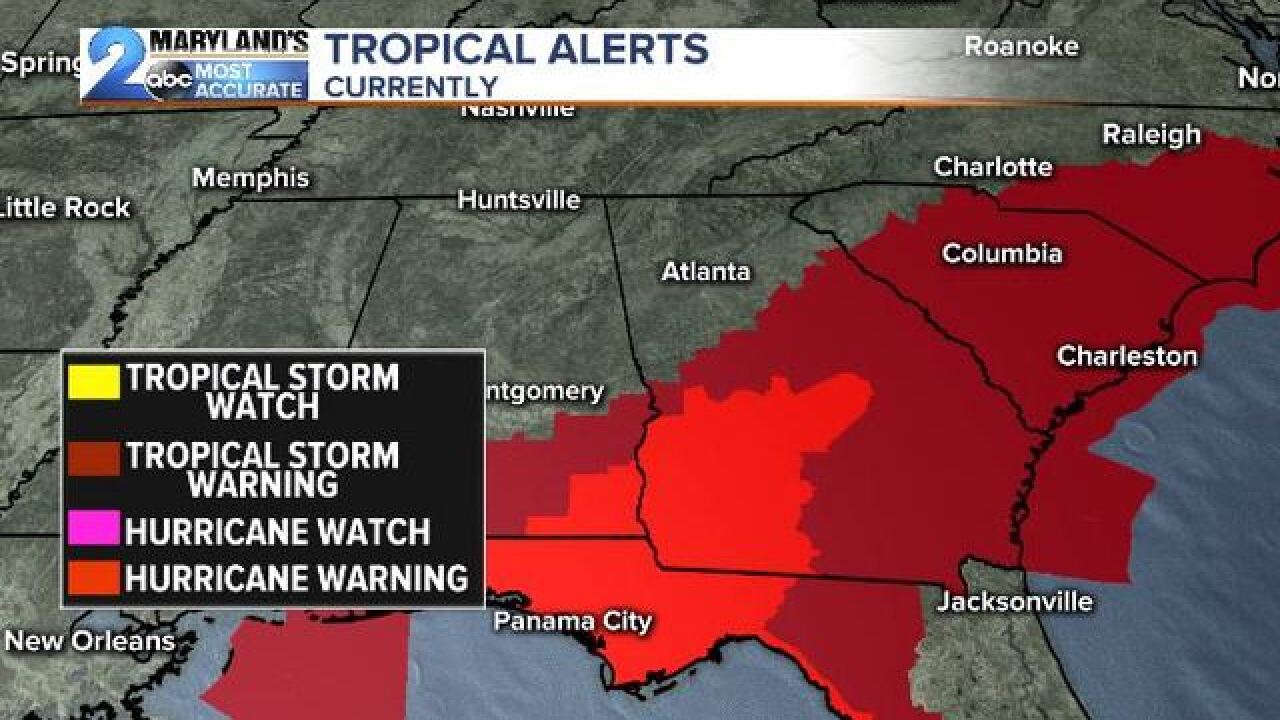 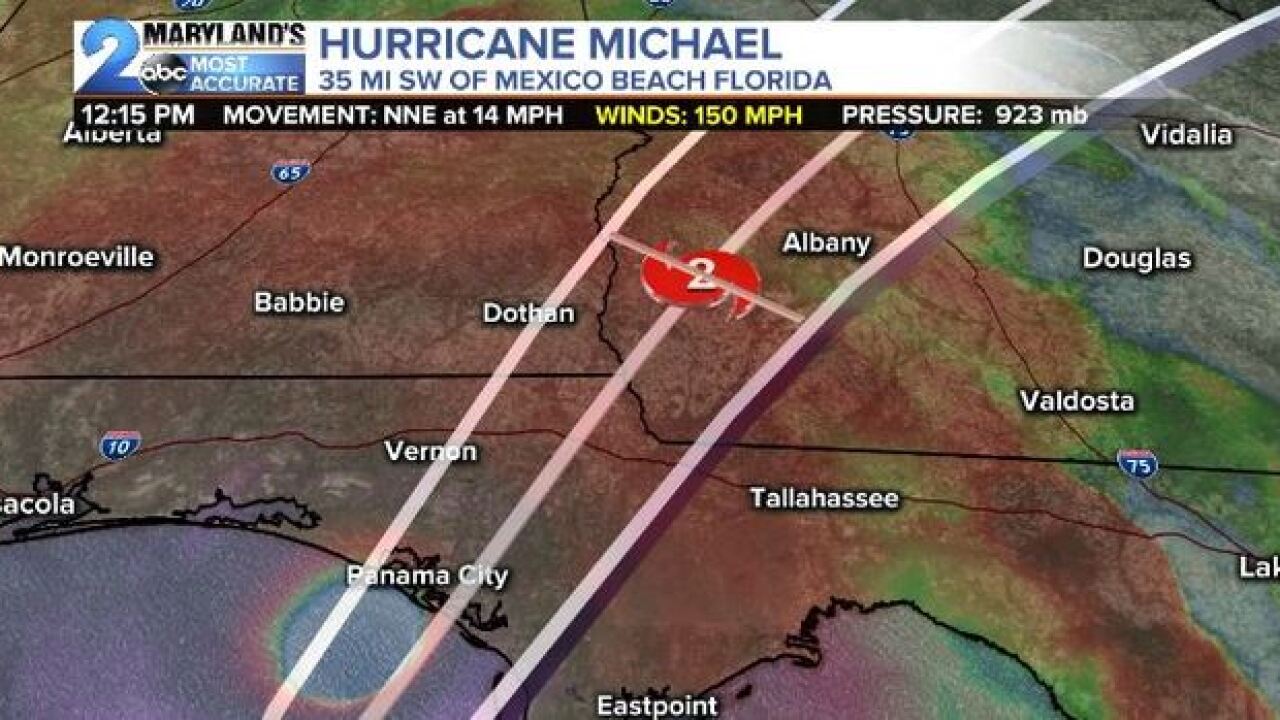 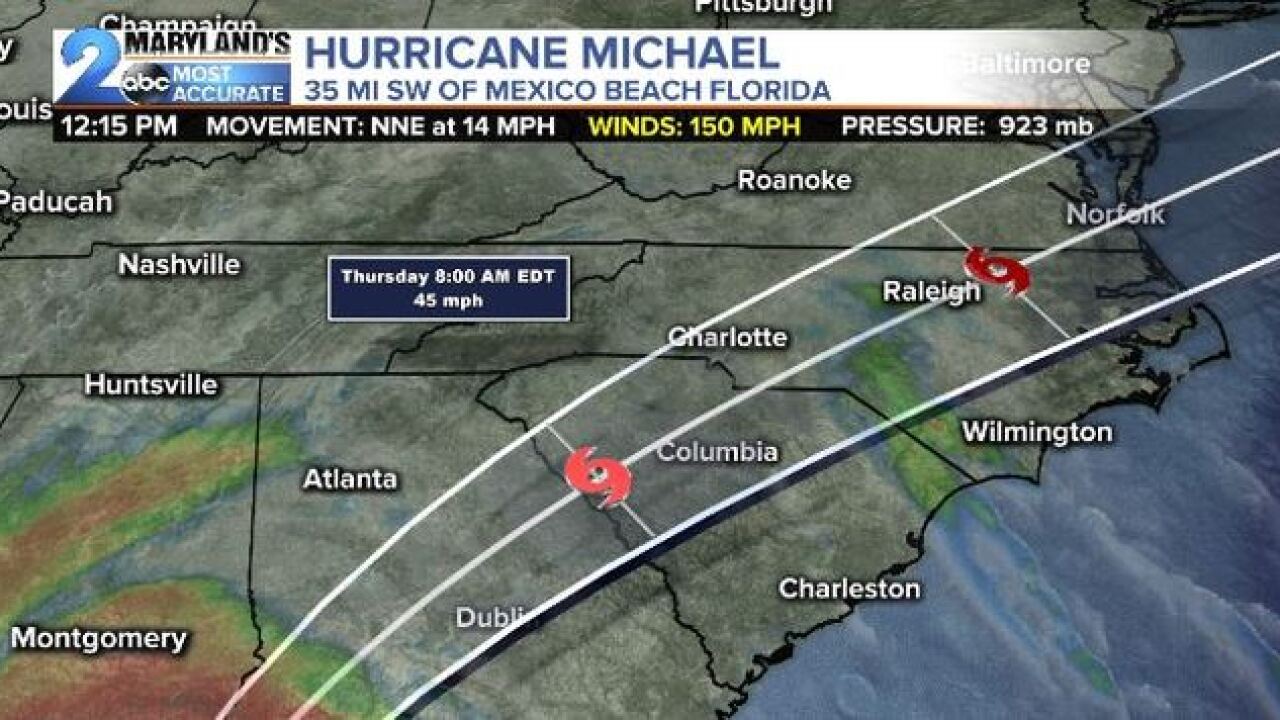 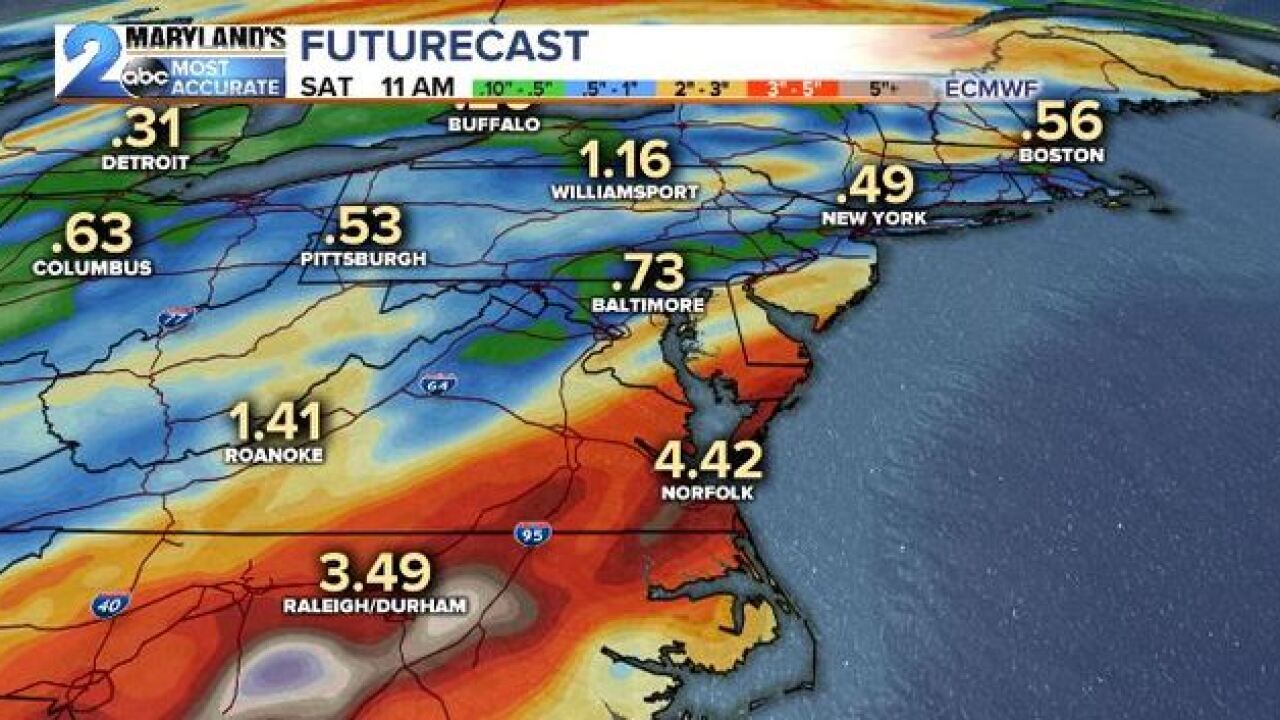 Hurricane Michael has now strengthened to a high end Category 4 Storm. The core of the winds around the eye are now 35 miles southwest of Mexico Beach, Florida. Winds are currently gusting to hurricane force from Panama City Beach to Apalachicola, Florida where Extreme Wind Warnings remain in effect.

The storm is still expected to landfall around 1pm this afternoon before surging inland still as a Category 1 or 2 hurricane later this afternoon. From there the storm will head north into Georgia and the Carolinas. Destructive winds will continue at this point along with flooding rainfall.

This storm is like no other for the Florida Panhandle. Right now the pressure remains at 923 mb which is 1 mb from Hurricane Andrew back in the 1990s. Damage will be similar to a high end EF-3 tornado with the gusty winds and massive push of water into the coast.

Michael will end up near the Maryland coastline late Thursday into Friday but will not be as intense. Gusty winds of 30-40 mph are likely with very heavy rainfall.