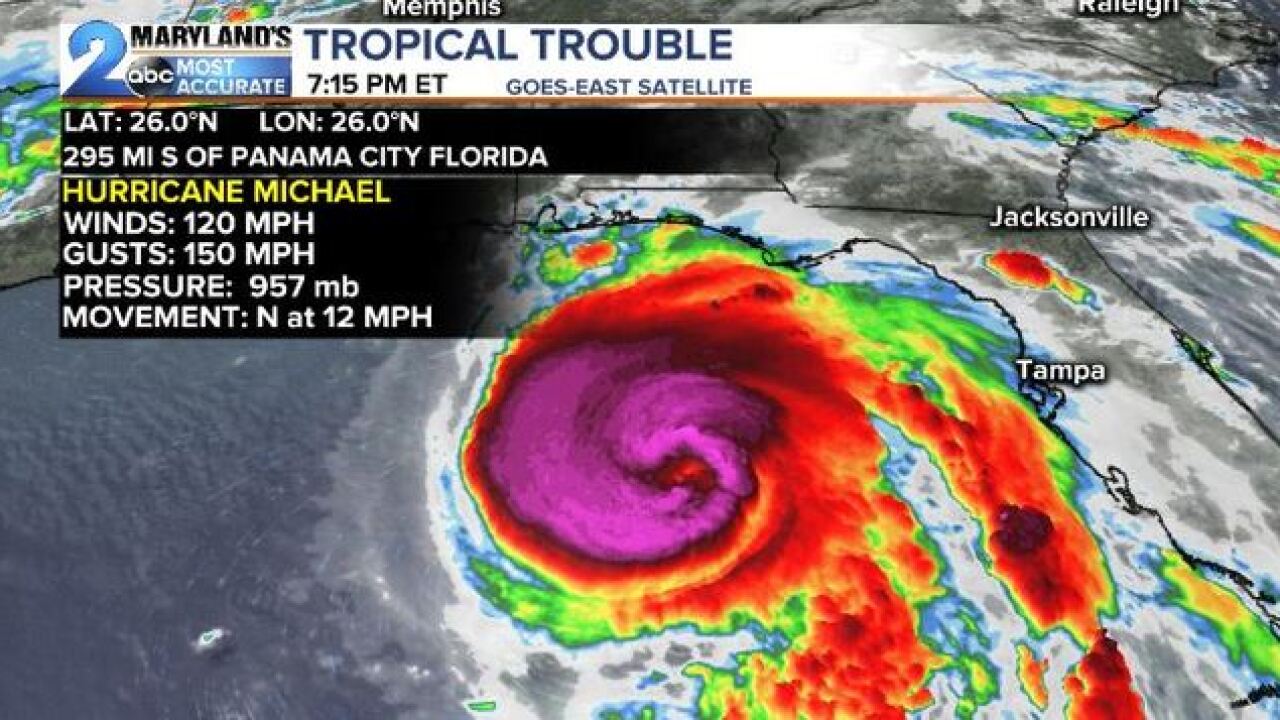 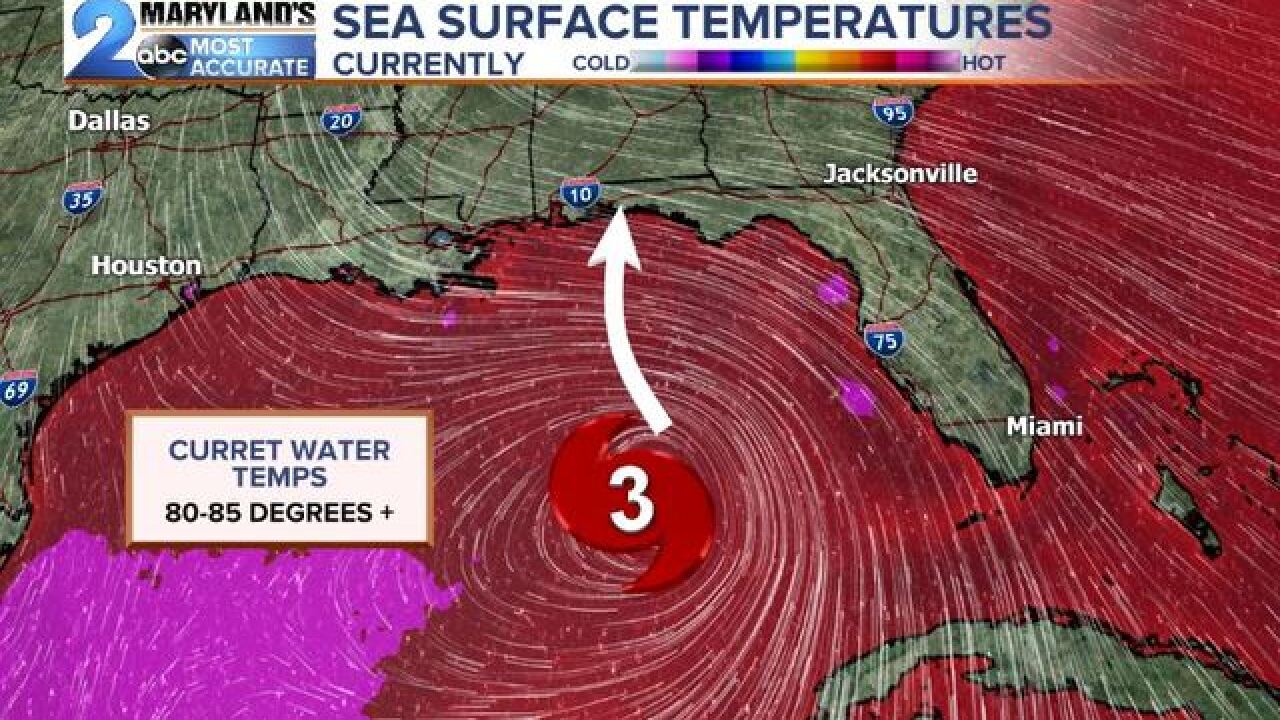 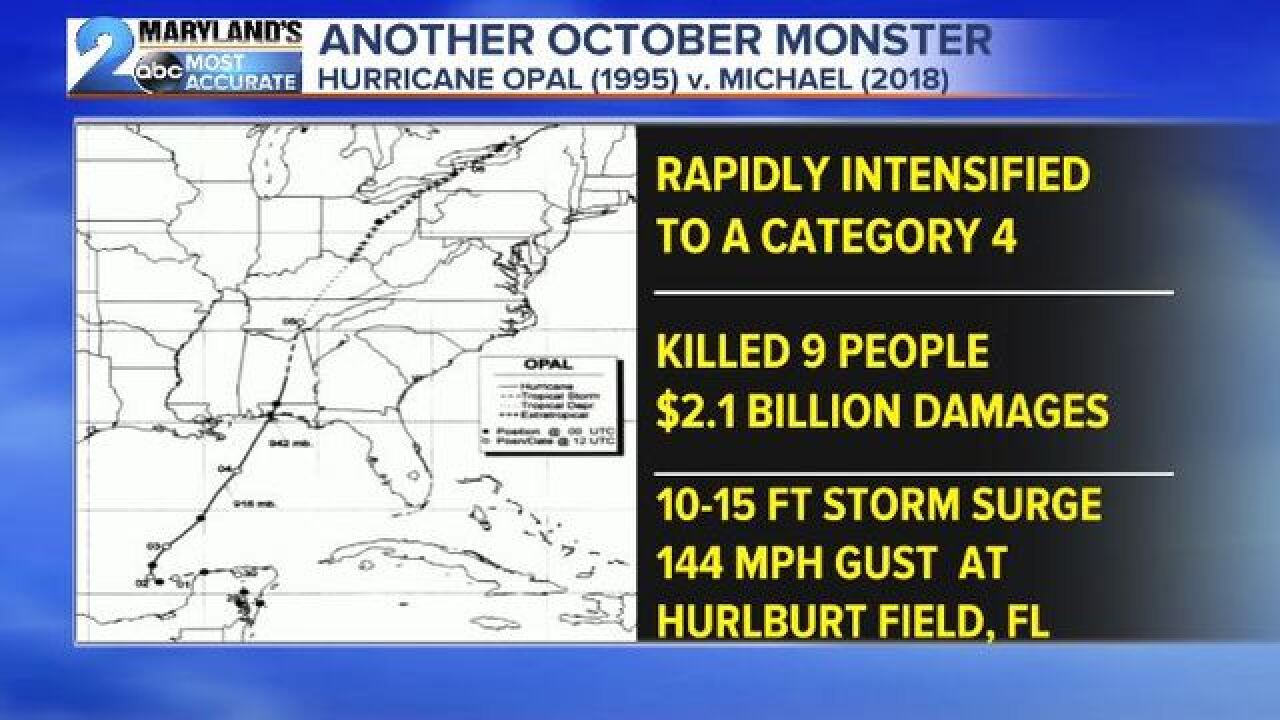 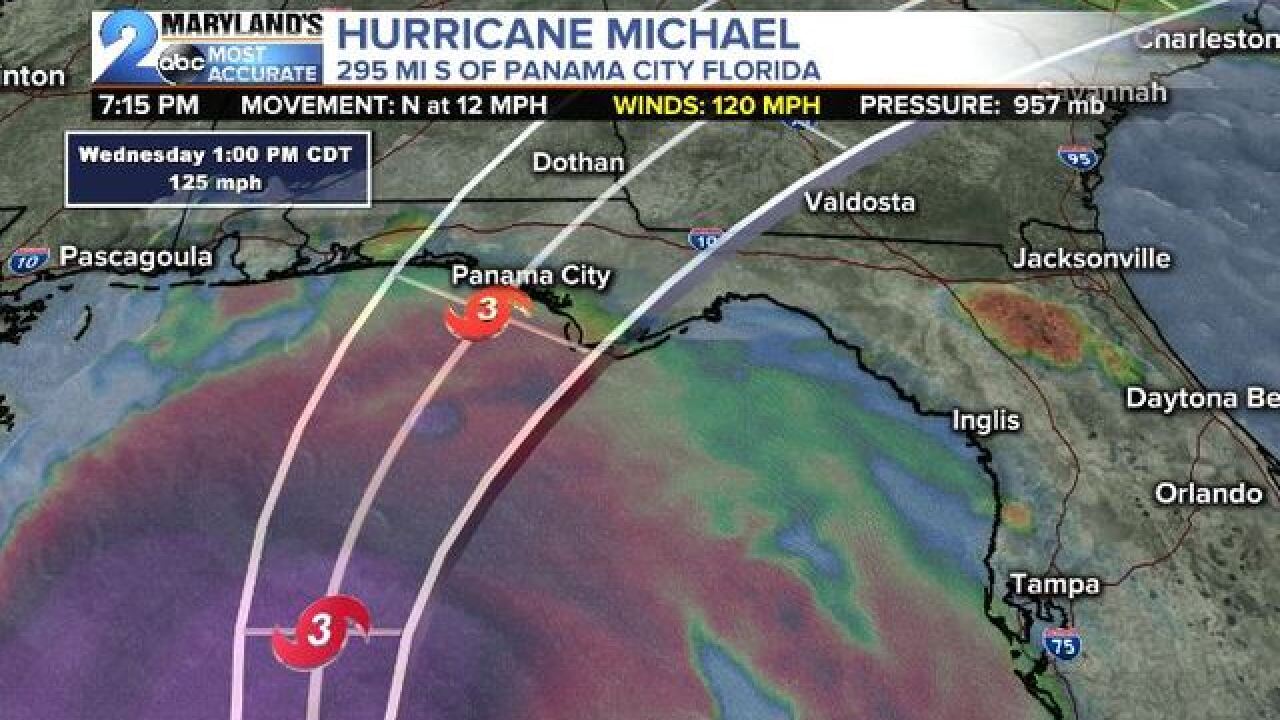 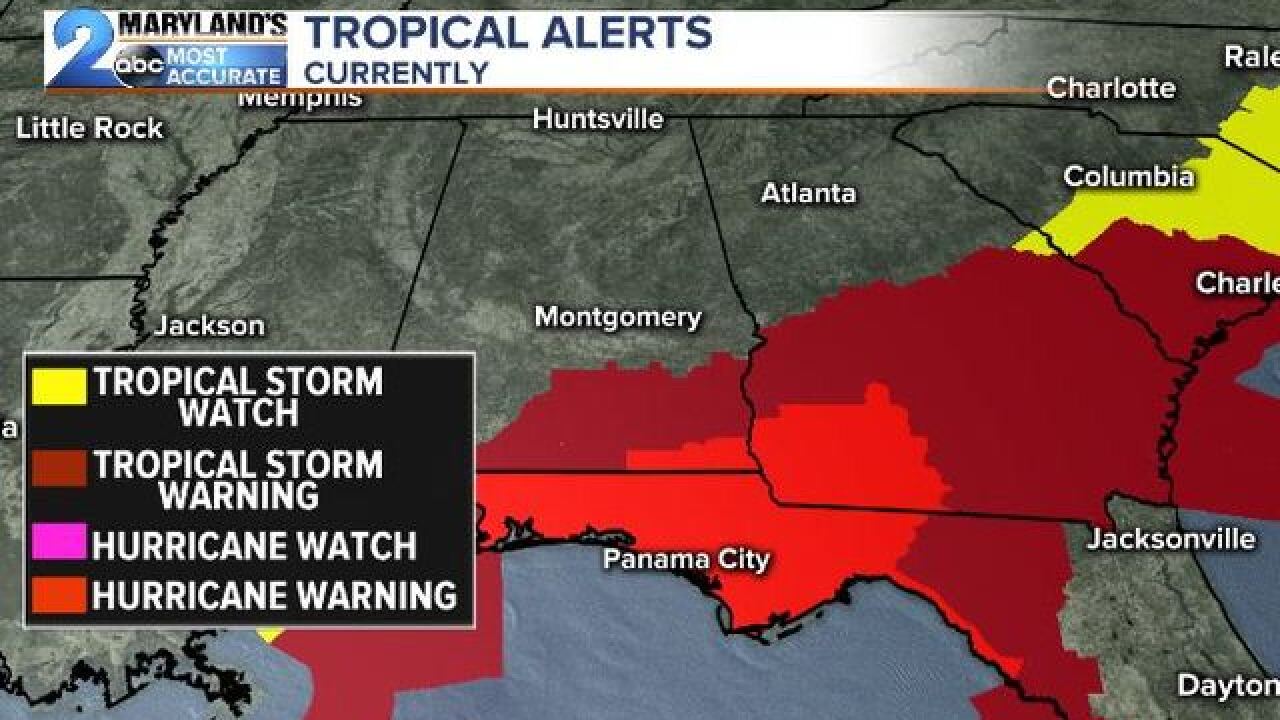 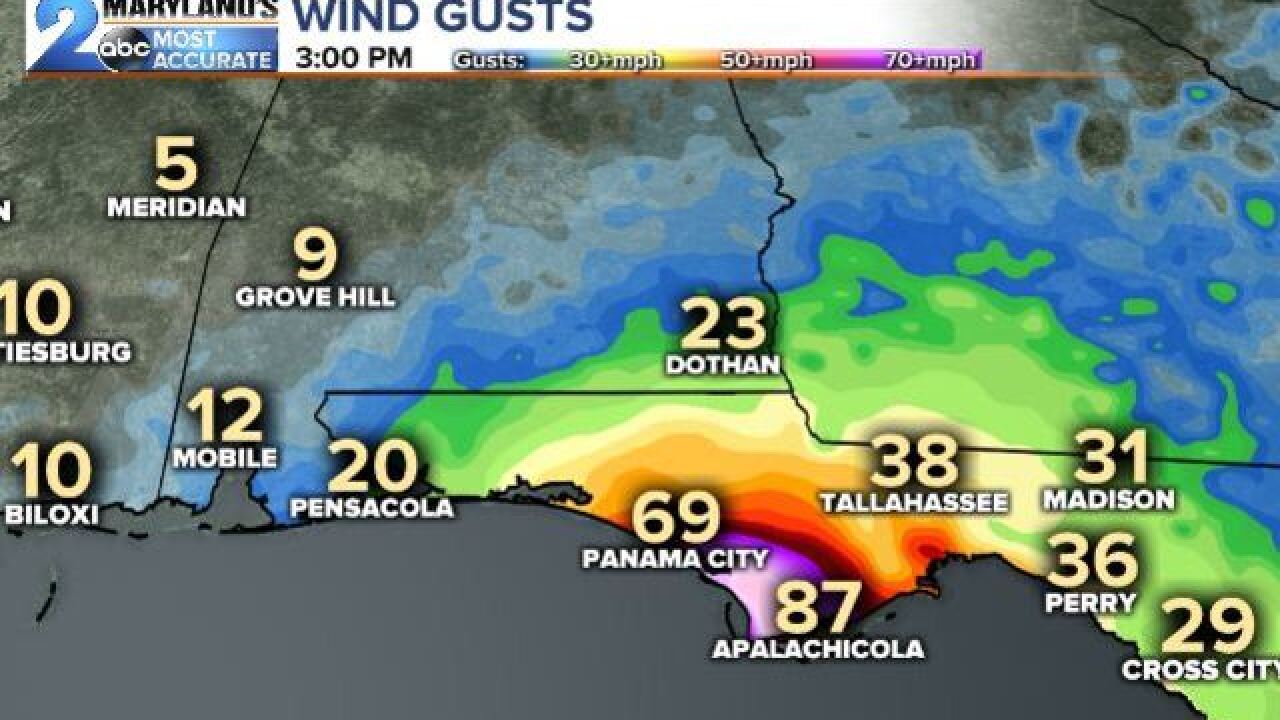 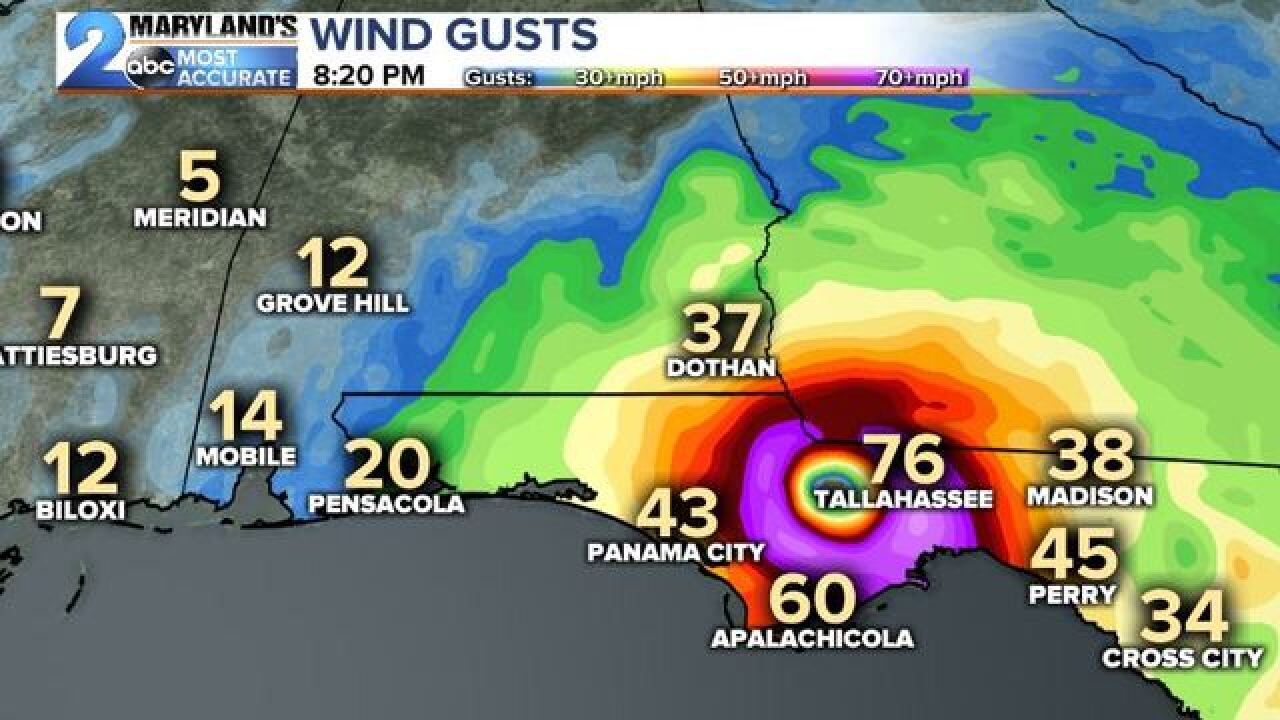 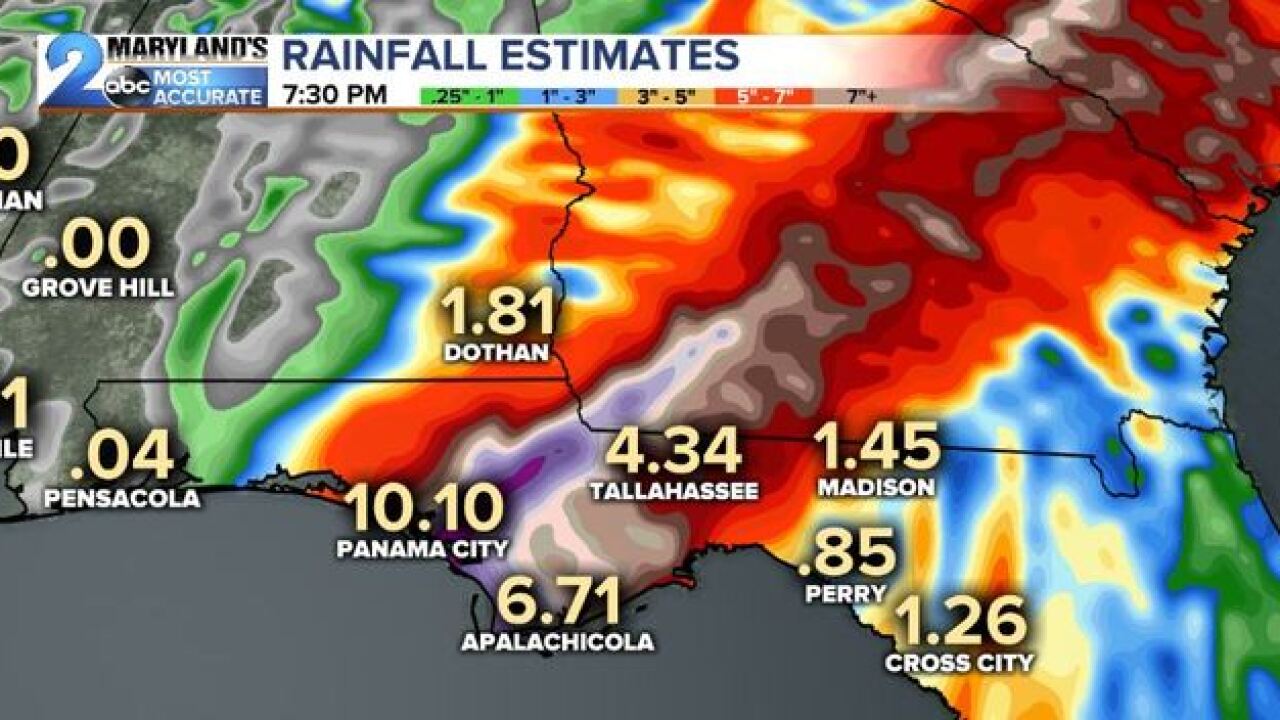 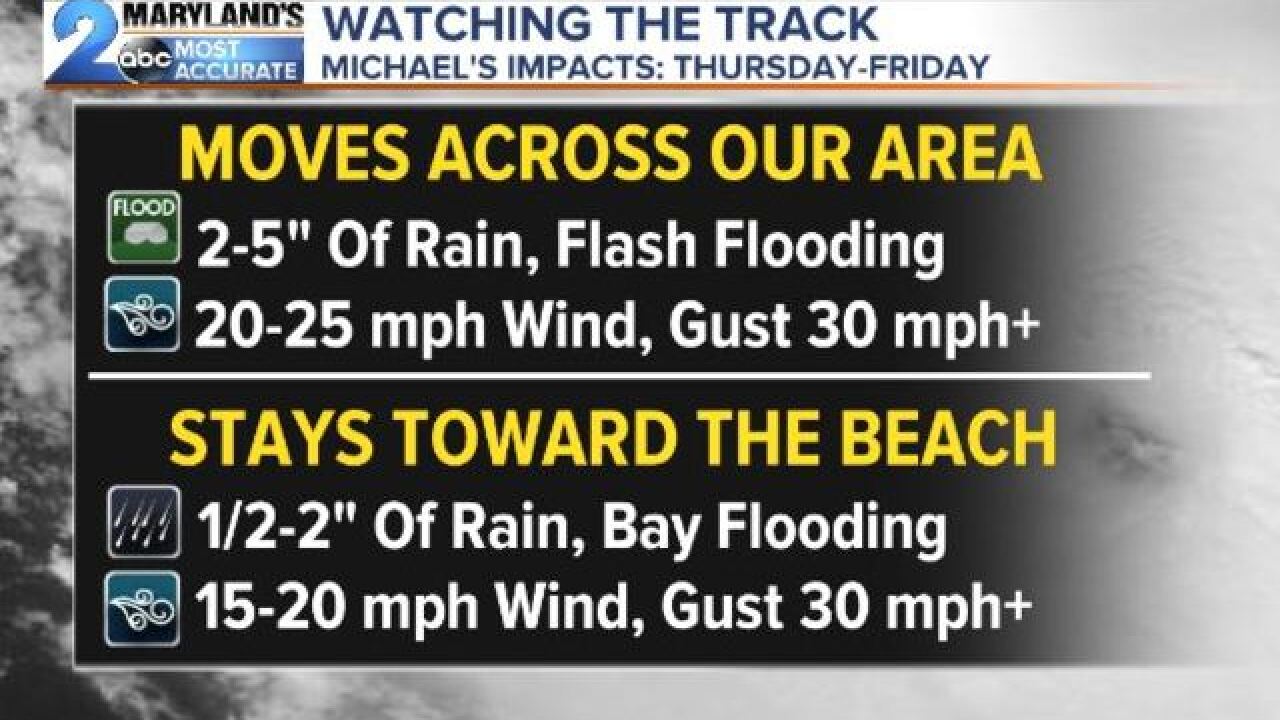 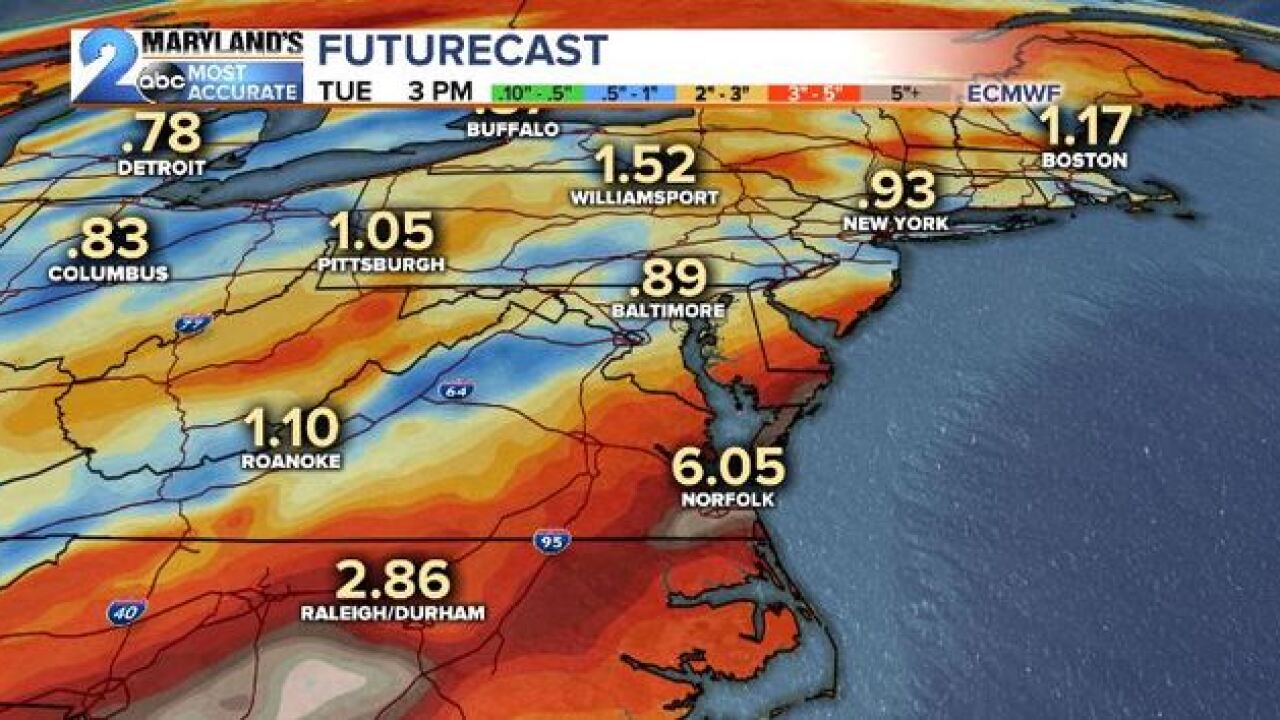 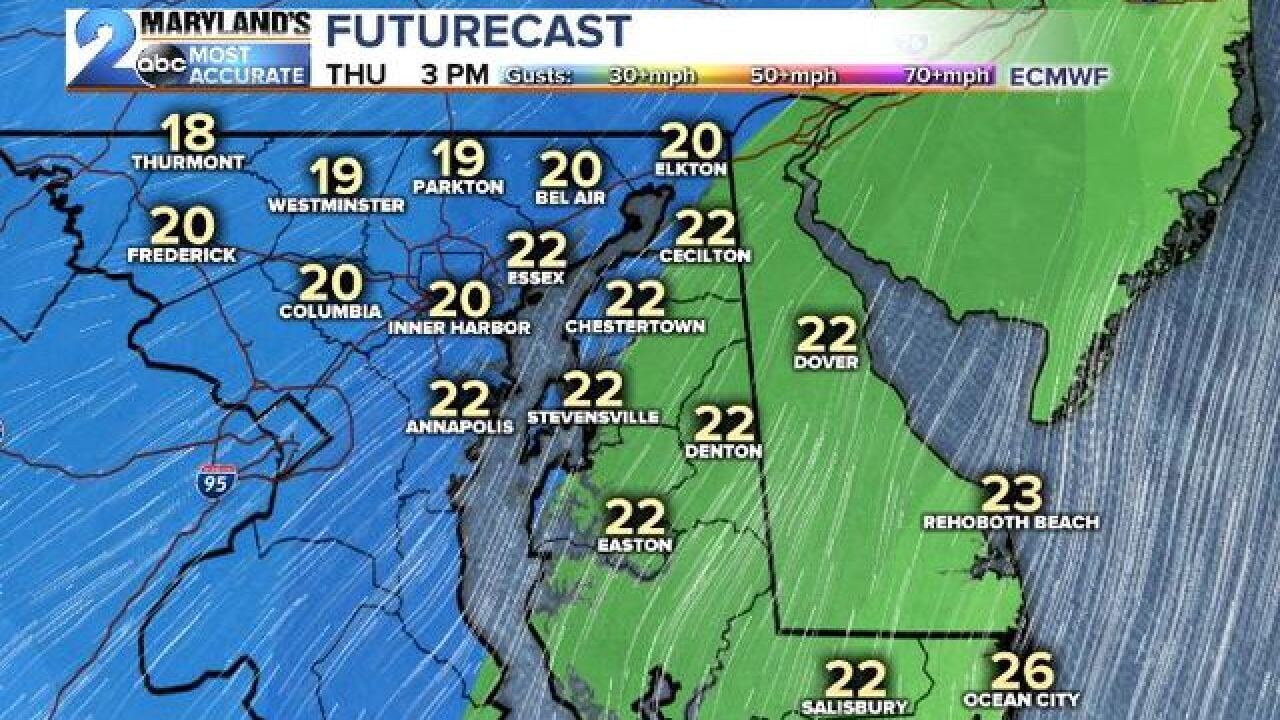 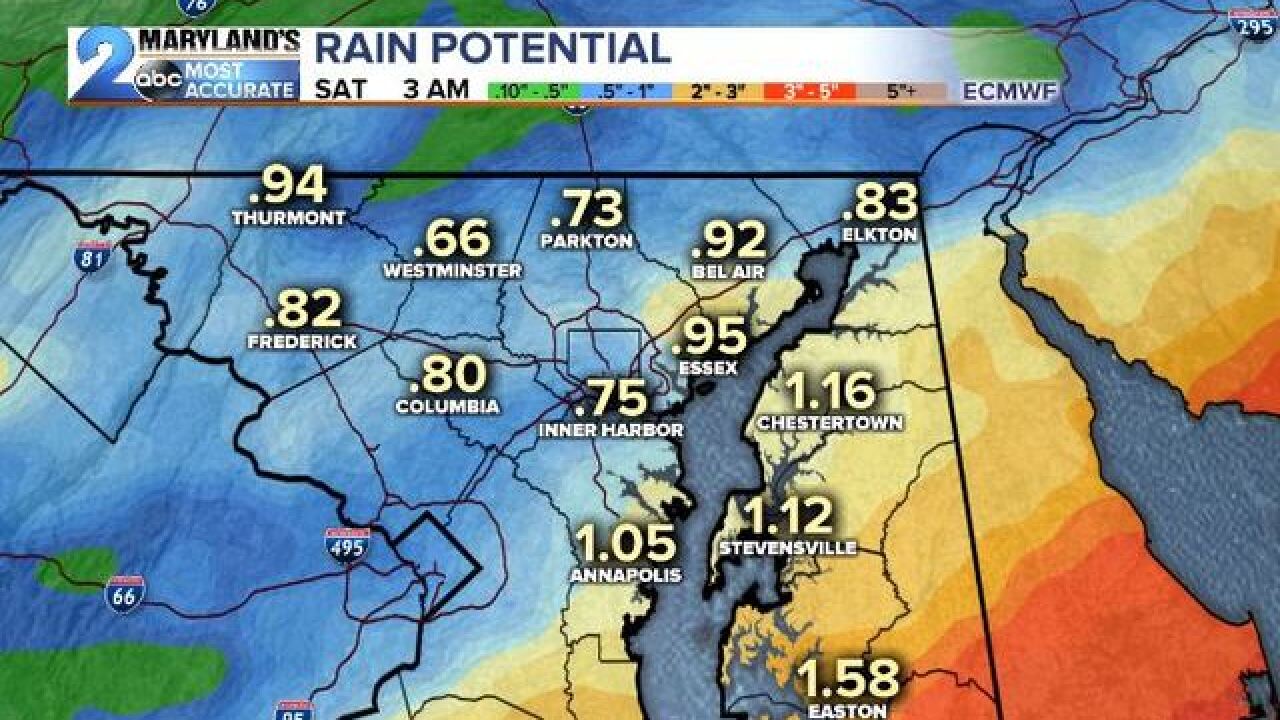 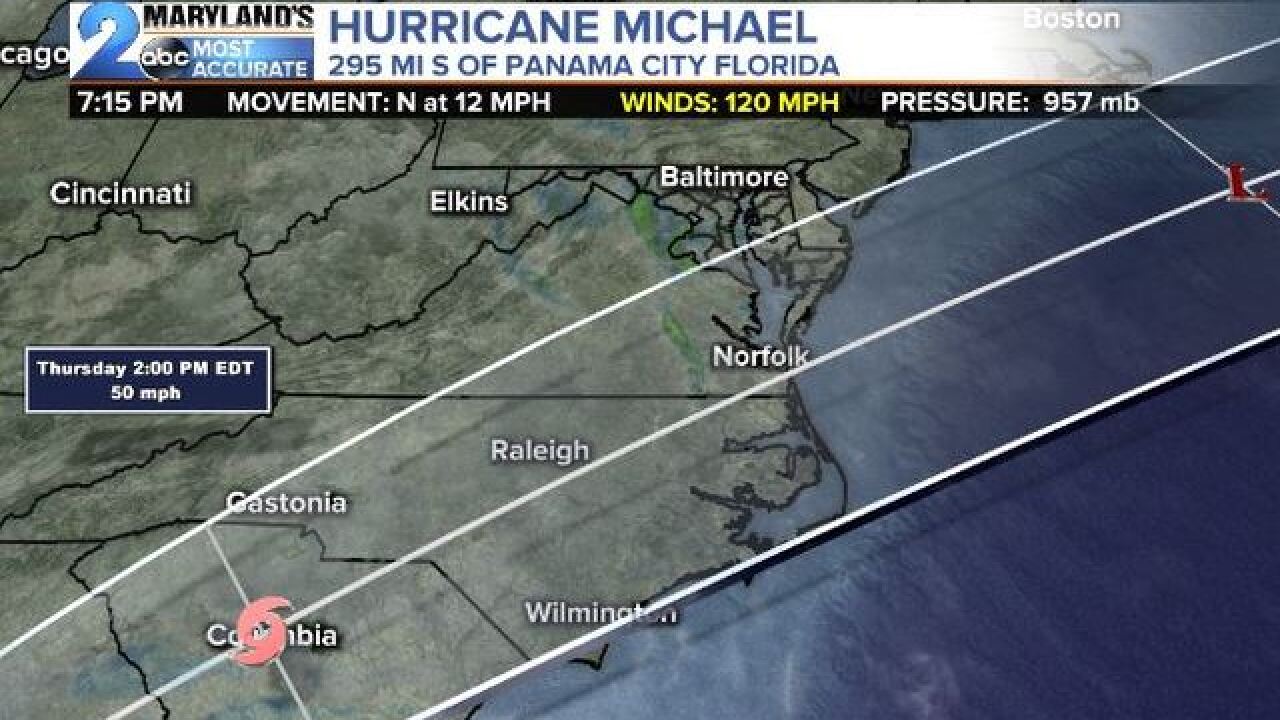 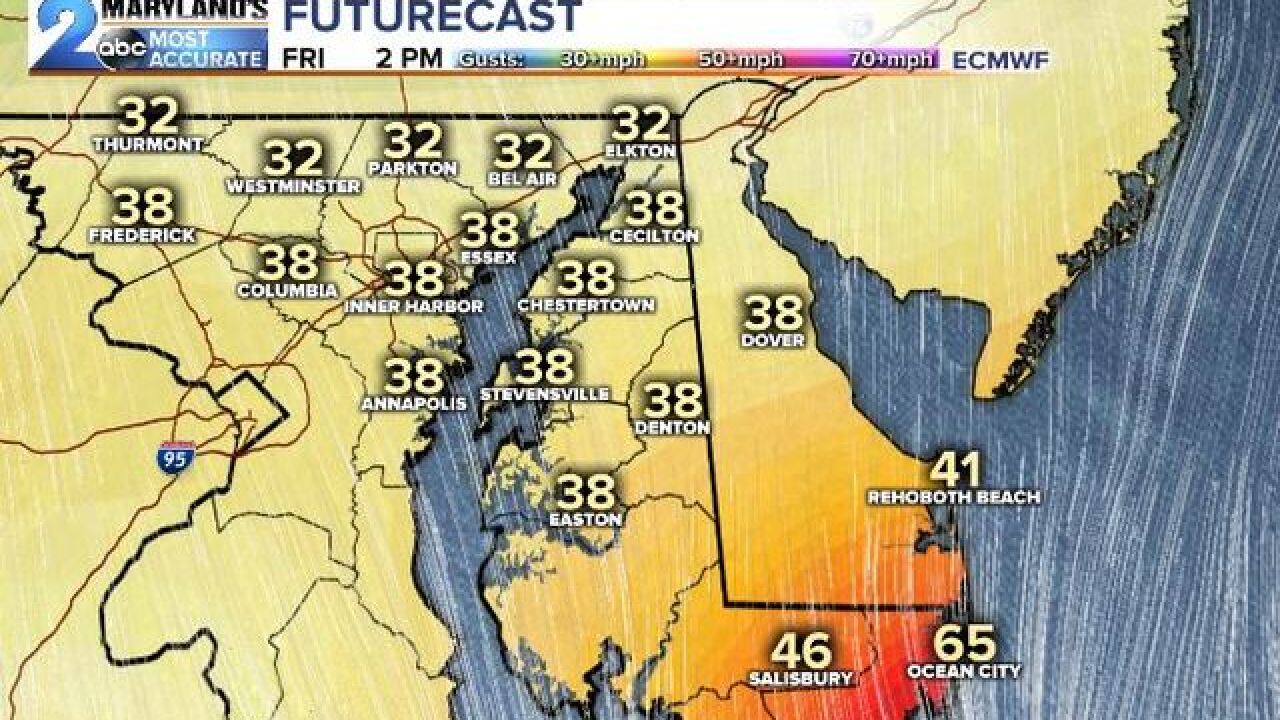 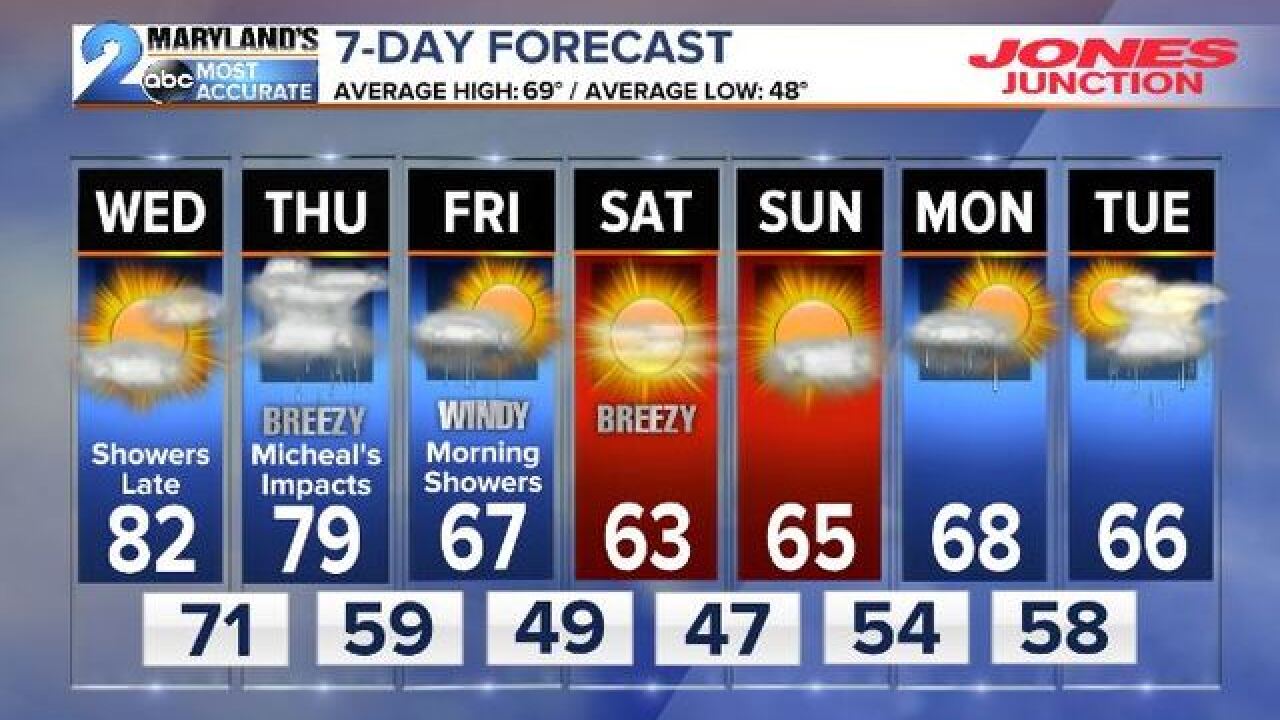 Once again we have another hurricane taking aim at the United States. Our 13th named storm, Hurricane Michael now a Category 3 looks to make landfall late Wednesday morning into early Wednesday afternoon around Panama City, FL as a major hurricane. Michael is unusual in a sense that it has overcome a good bit of wind shear which in turn eats hurricanes alive. The storm in has used the wind shear as an exhaust mechanism forcing the storm north as it continues to grab the abundance of warm water below.

Currently Michael continues to move north at 12 mph with sustained winds of 120 mph and gusts upwards of 150 mph. The storm is about 295 miles south of Panama City, Florida which is one of the expected landfall points for the storm late Wednesday morning.


Hurricane Michael as it stands right now is reminiscent of Hurricane Opal (1995) which restructured much of the northern Florida Panhandle 23 years ago. Opal rapidly intensified to a Category 4 storm before making landfall as a Category 3 which looks to be eerily similar to Hurricane Michael's current setup.

Opal killed 9 people while creating 2.1 billion dollars in damages. Right now it is yet to be seen to if Hurricane Michael will do the same.

WHAT WE DO KNOW RIGHT NOW:

-Sustained winds at landfall are expected to exceed well over 100 mph with gusts over 120 mph. The wind will in turn create devastating storm surge upwards of 5-9ft with localized water rises above 9ft slamming into the coast. With the wind and the storm surge, power outages are likely to last for days since roads will become impassable.

-Rain will another factor with 8-10" expected in many locations from the Florida Panhandle inland to Georgia. 5-8" amounts are likely withing the Carolinas according to the early runs from the models leading to flooding concerns.


WHAT WILL MARYLAND SEE?

Impacts in Maryland will be indirect and mainly during the Thursday night-Friday morning time frame. Right now it looks as if the storm will stay south and east of Baltimore with a sharp cutoff at the lower Eastern Shore. Rain looks to be the biggest concern with some minor bay flooding and wind issues closer to the storm. As the storm departs cooler air will filter in along with a bright weekend ahead.

-Rainfall amounts of 1/2"-2" with minor poor drainage flooding concerns. Winds sustained at 15-20 mph with guts of 30 mph +. Higher winds are likely as the cold front swings through during Friday afternoon where gusts look to hit 30-40 mph creating issues with fallen trees. Minor tidal flooding along the Chesapeake also likely at high tide.

- Tropical Storm Force wind gusts upwards of 40 mph mainly on Friday with rainfall amounts of 2-4"+. Highest rain and wind amounts down by the beaches leading to flash flooding concerns. Winds could gusts to 50 mph+ at the beaches Friday as the cold front swings through. This is not associated with Michael.

For the latest regarding Hurricane Michael and our weather here at home check us out on WMAR2News.com or on our free mobile app WMAR2News available at the Apple/GooglePlay Store.