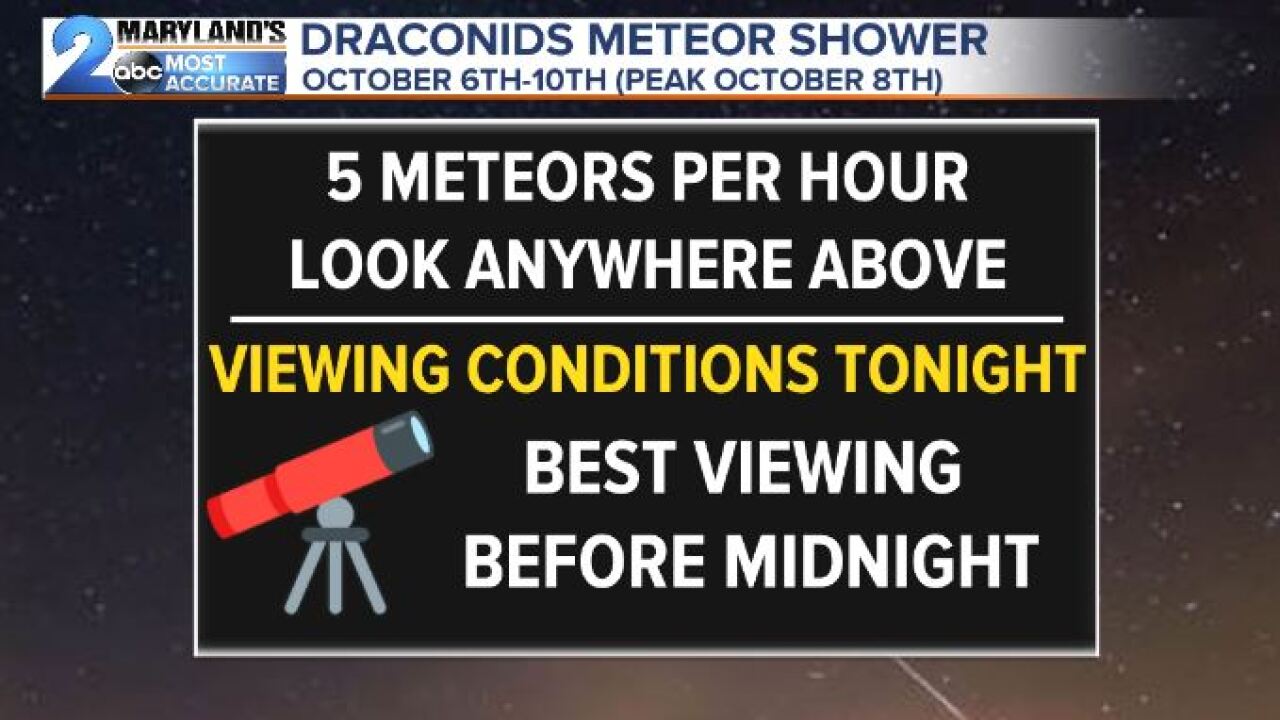 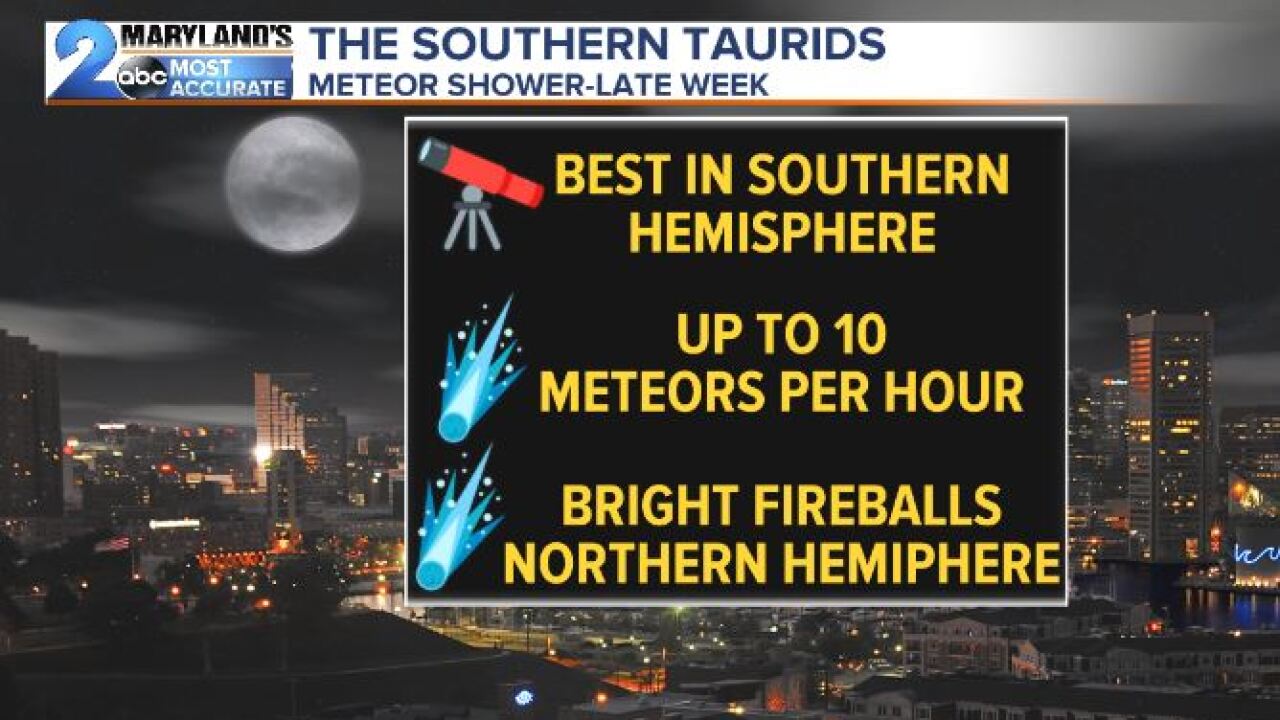 BALTIMORE — The first full week of October brings not only one but two sky-shows to Central Maryland. The Draconids and Southern Taurids meteor showers look to fly through the night skies of Baltimore and the Eastern Shore later this week. These are not blockbuster meteor showers but can still illuminate the skies above with a few shooting stars in the southern sky above.

The Draconids in years past have produced spectacular shows with over 600 meteors per hour such as the one in 2011. This year's show looks to have a handful meteors per hour that are best visible before midnight from October 6th-10th.

Don't expect to see too much in the way of meteors Wednesday and Thursday thanks to the clouds. Friday and Saturday should be better as skies start to clear with high pressure nudging in. Either way enjoy the show. Yes it will be lackluster but who knows what you may find in the night sky above.