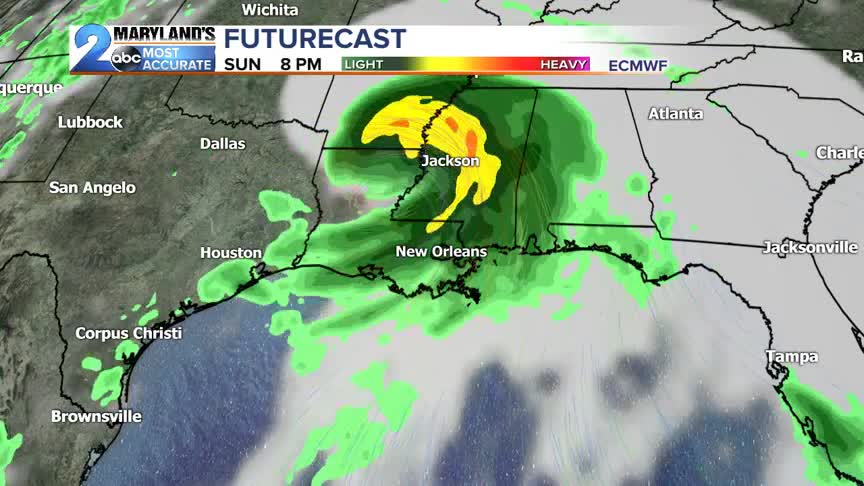 Our borad area of low pressure continues to strengthen over the Gulf of Mexico. 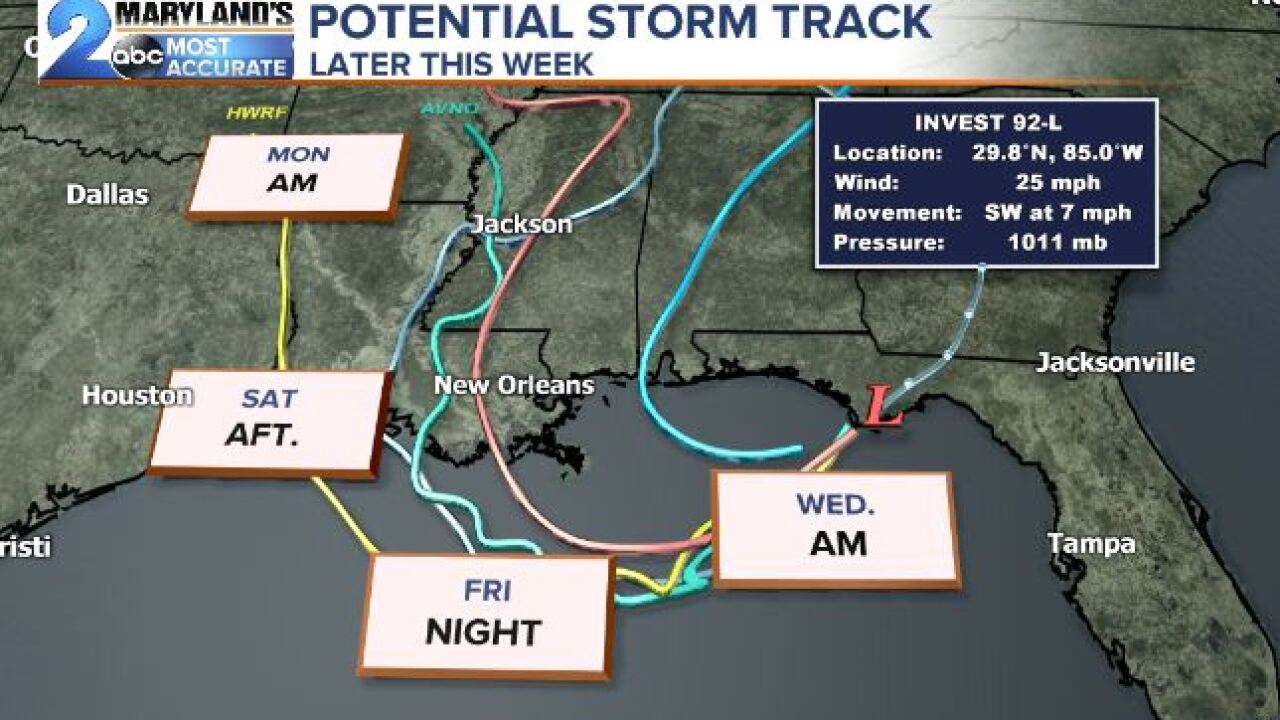 After a relatively early start to the tropical season in May with (Subtropical Storm Andrea), things are now starting to ramp up again. Saharan Dust has kept things quiet as of late but all eyes now turn to the Gulf of Mexico with a zone of 90% development coming as soon as the middle of this week.

The National Hurricane Center continues to monitor a broad area of low pressure that has been drifting southeastward toward the very warm Gulf of Mexico over the last few days. The low originated out of Kansas City late last week before drifting through the Mid-south down into Georgia and now off the coast of the northern panhandle of Florida today (July 9th, 2019). This are continues to be monitored by the National Hurricane Center with Hurricane Recon Missions set up in the coming days ahead as the system gains strength.

Development is likely to continue this week as the storm system sits over warm Gulf of Mexico waters with limited wind shear to break the system apart. Tropical systems rely on warm waters and low wind shear to grow. Both ingredients look to be readily available especially with water temperatures along the coastal Gulf of Mexico and at the Mouth of the Mississippi sitting at 85-90 degrees+.

Spaghetti model plots continue to paint the center of the (potential tropical depression or tropical storm) over the Gulf from now through about Friday morning before bringing it inland over Louisiana or extreme eastern Texas. Right now most computer models are pulling the storm in west of New Orleans back toward Lafayette and Lake Charles. Others bring the storm right through New Orleans back over to Mobile, Alabama as early as Saturday evening.

Regardless of where the storm lands the concern for flooding rains, strong winds, and storm surge at the coast remain a real possibility. Current model output suggest many locations from the southern Alabama back over to the northern ports of Texas picking up anywhere between 5-10" of rain. These amounts are likely to extend inland with flooding concerns reaching as far north as the Mid-south early next week. Besides the rain tropical storm force to Category 1 hurricane force gusts are likely as the storm comes toward to coast Friday into Saturday.

Any remnant moisture with this storm looks to stay away from Central Maryland. Most of the activity will be confined to the lower Mississippi River Valley early next week before shifting east into the Ohio River Valley mid to late week.

Yes it's still early in the hurricane season and this may become our second named storm of the season named Barry. Even with that said this is a good time to prepare and have a plan ready to go especially if you live along the coast. Time will tell with this storm on what will happen next. What we do know now is that if you are traveling to the Gulf or have family there you want to be prepared for flooding rains later this weekend. Coastal flooding from storm surge and inland flooding from heavy rains will be a big issue.

Stay tuned for further updates on this evolving situation!!!