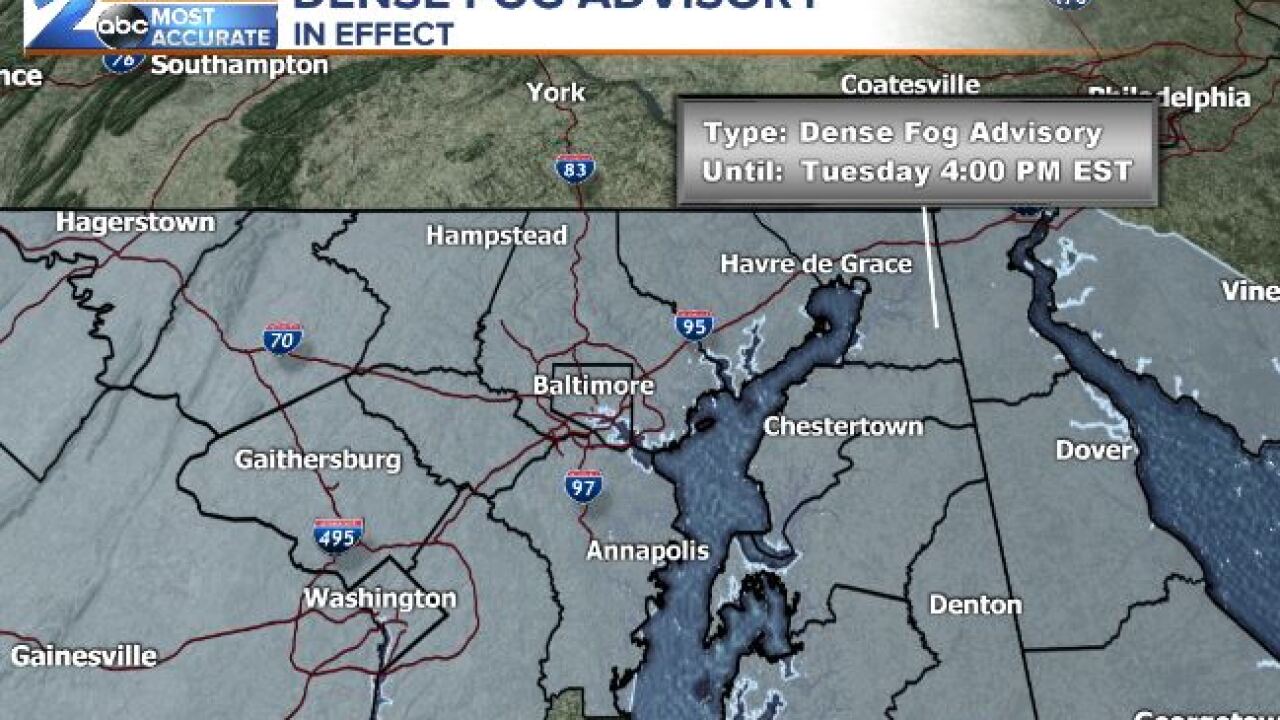 A "Dense Fog Advisory" remains in effect through 4pm this afternoon for all of Central Maryland and the Eastern Shore. Visibility is down around a mile or less in most locations. Warmer air in the form of temperatures above 40 degrees rolling in over top of a cold surface below are allowing the cloud on the ground to persist well into the afternoon. It literally looks like we are swimming in a sea of "Pea Soup." Allow some extra time in your commute today and remember the low beams.

Visibility should improve as we get into the evening hours as winds pick up out ahead of the frontal boundary. This front will bring in colder and drier air to kick off the middle of the workweek ahead. Stay tuned!!