There is a "chance" for rain and snow Friday 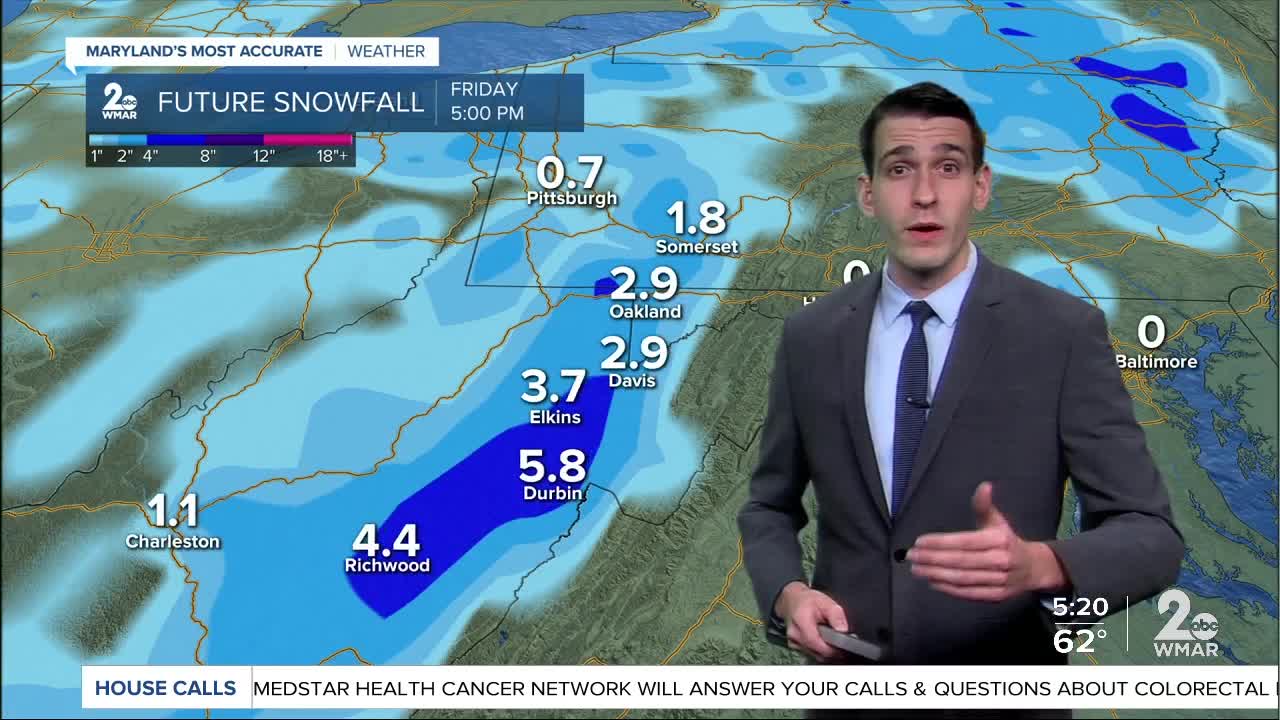 A chance at some snow Friday and Saturday before more Spring warmth.

BALTIMORE — Meteorological Winter (December, January, and February) has come and gone with a lackluster impact all across central Maryland this year. We have had almost as many tornadoes compared to days of snow. Only 50 mornings with temperatures below 32 degrees and 9 days above 60 degrees including 2 days with highs in the 70s during the month of January.

Not much has really changed in the overall weather pattern as we entered the month of March. Today high temperatures punched back into the low to mid 60s after a night (March 3rd, 2020) of severe weather. Temperatures were 10-15 degrees above average in most locations with more warm air in the 7 day forecast to come.

Before that additional warm air gets here, we do expect a cool-down. Temp will be back to more seasonable levels Thursday as high pressure takes control. Most locations will sit right around 50 degrees with less wind as well. Clouds will come in late from a storm system that looks to push from the Gulf Coast states toward the Outer Banks late Thursday into Friday.

Rain showers can't even be ruled out over the lower Eastern Shore early Friday morning depending on how far north the precipitation shield can get while fighting dry air from the departing high. The coastal energy departs early Friday before the upper level energy in the form of a cold front arrives Friday afternoon. This front will usher in colder air with heavy mountain snows and even a chance of flakes here in Baltimore.

Most locations look to see rain as the front presses in early Friday afternoon. Snow though could mix in late Friday night into early Saturday morning as the system departs. Winter Storm Watches are currently in place for the Wet Virginia high country where 8-12" of snow is expected. Ski resorts such as Wisp and Seven Springs could pick up a quick 4-6". Here in Baltimore "any" accumulations would be minor and confined to grassy surfaces based upon our recent warm spell.

The storm system moves east early Saturday morning leaving brisk and blustery conditions in place Saturday. Highs will fall back into the 40s before "Springing Forward" toward 60 degrees come Sunday. Even warmer weather is expected early next eek with highs pushing toward 70 degrees Monday and Tuesday. Good news for those "Cherry Blossoms" in Washington DC expected to bloom later this month.