The tropics are cooking with several named storms 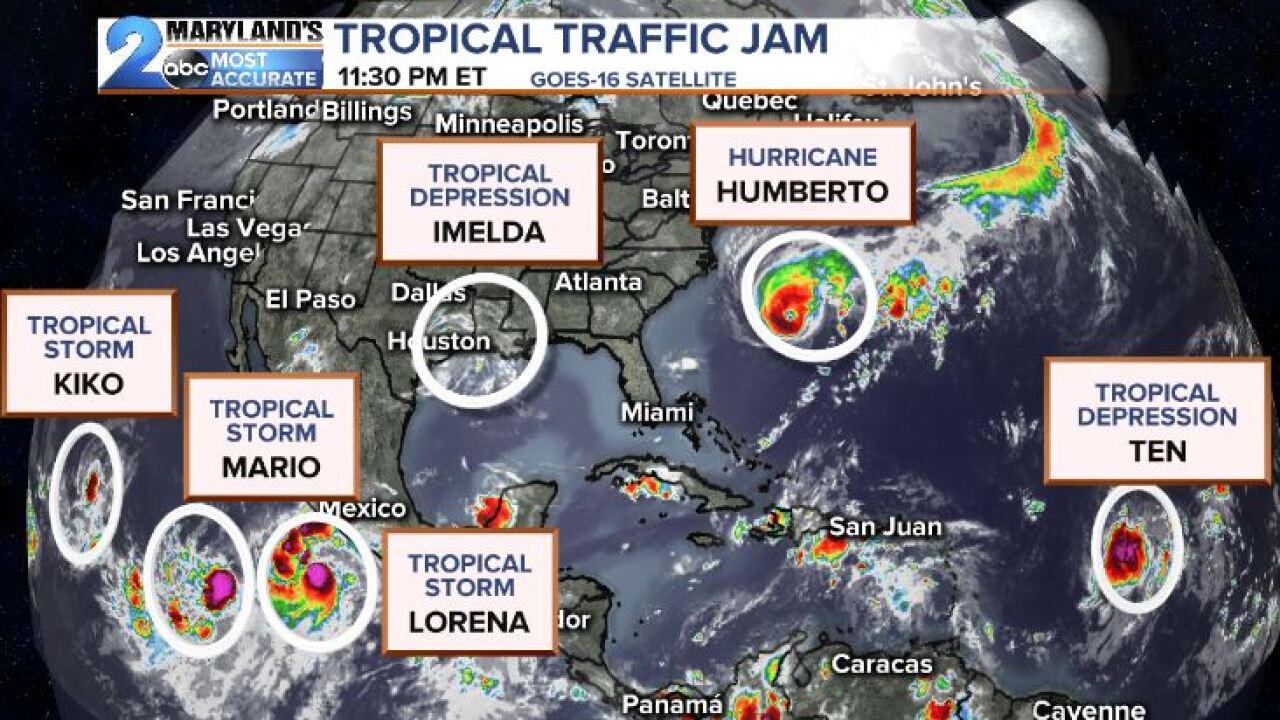 Not one but three tropical systems in the Atlantic Basin and seven systems in the Pacific including Tropical Storms, Kiko, Mario, and Lorena, which looks to strike the Baja of California later this weekend.

Tropical Depression Ten is about 1000+ miles east of the Leeward Islands with a west northwest movement at 10 mph. The storm is expected to strengthen in the coming days reaching hurricane status Saturday into Sunday somewhere near the Bahamas.

From there the question remains to if the system heads for the United States or out to sea. Stay tuned!!