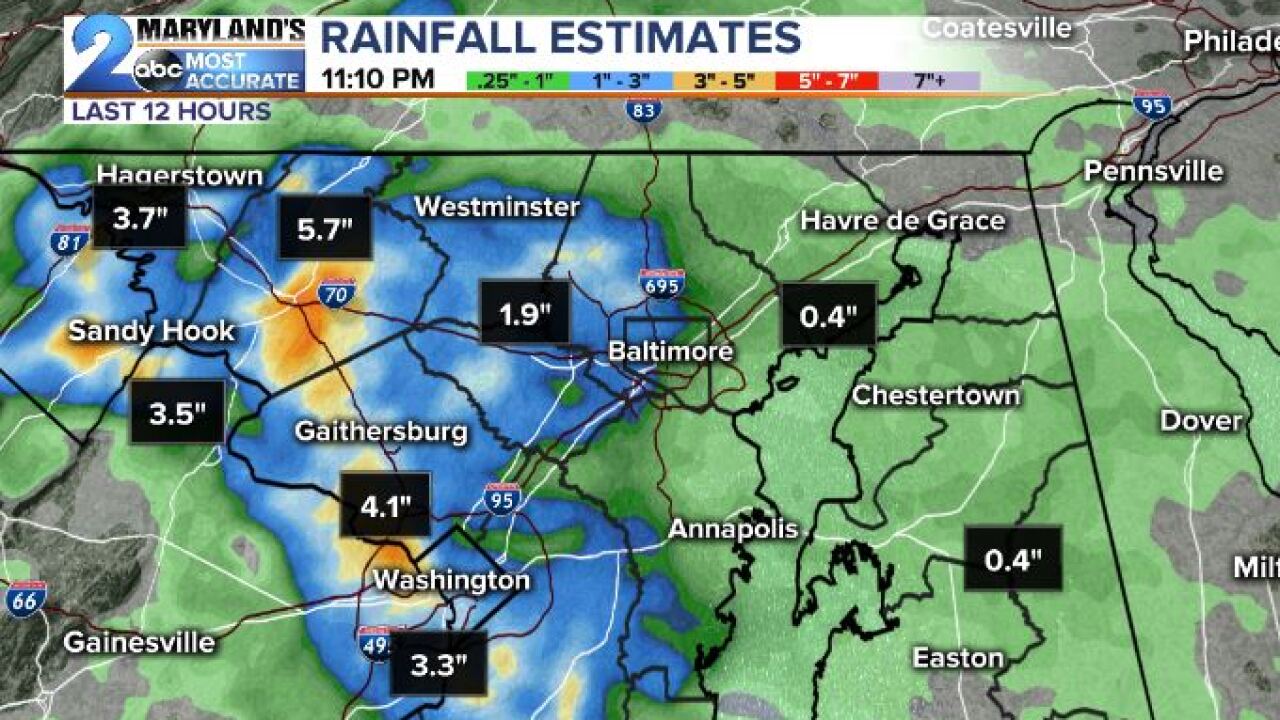 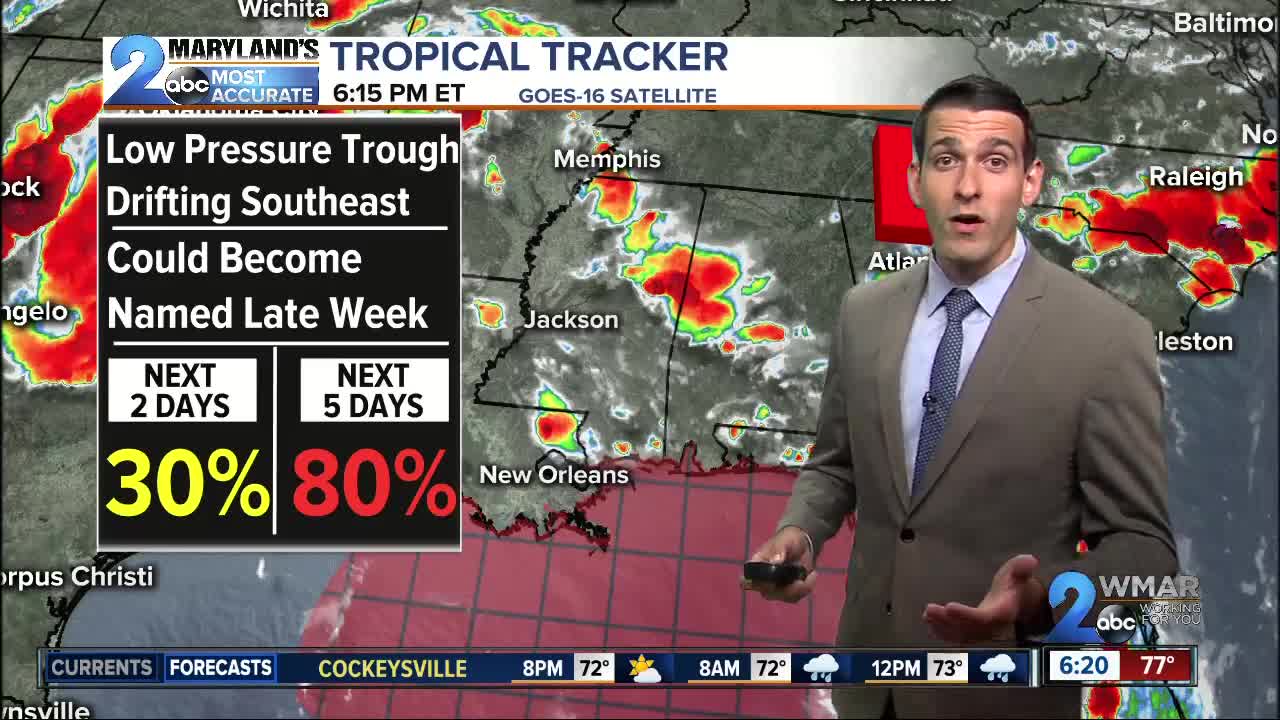 One of the wetter days of 2019 for much of Central Maryland especially south and west of the city of Baltimore. Portions of Frederick, Howard, Carroll, and Montgomery counties receiving anywhere from 3-7" of rainfall. Down in Washington DC. a new daily record rainfall record was set at 3.44" of rain measured at Reagan International Airport. This was also the 3rd wettest July day there in the last 3 years and 6th wettest since 1866. 3.30" of that rain actually came within a 1 hour time-frame (9-10am July 8th, 2019) prompting the first ever Flash Flood Emergency for the DC metro since they became a weather emergency alert in 2011.

A stark contract in rain amounts from Baltimore points north and east. Many locations east of I-83 and I-95 only received about 0.5"-1" of rainfall. The energy that scooted along the front stayed just far enough away to give us only spotty flooding issues.

We do have some good news in the forecast though especially in the areas that flooded. Plenty of dry time is on the way as high pressure works it's way in for Tuesday and Wednesday. Highs will be right around 90 degrees with low humidity which is a treat in July. Shower and storm chances do return Thursday but don't last for long as this front looks to be a quick mover. Severe weather could be possible though for Thursday afternoon so stay tuned for further details.

Once the front passes Friday morning our weekend looks great. Less humidity will be in play once again with high temperatures climbing back toward 90 degrees. Long range trends continue to suggest more heat and normal precipitation chances as we head into mid July. It is Summer after all.

While our weather may be quieting down here, things look to get going in the tropics. We could be talking about our 2nd named system of 2019 as a trough of low pressure drifts southeastward out of Georgia over the coming days ahead. Right now formation is at 80% over the next 5 days ahead as the storm drops into warm Gulf of Mexico waters. From there models trend the storms system west toward New Orleans and Houston by the end of the weekend ahead. Definitely something to monitor in the coming days if your traveling this way.

For now let's enjoy our calm weather pattern ahead. Finally a break from both the heat and humidity. We can't really say that too much here in July, haha!!!