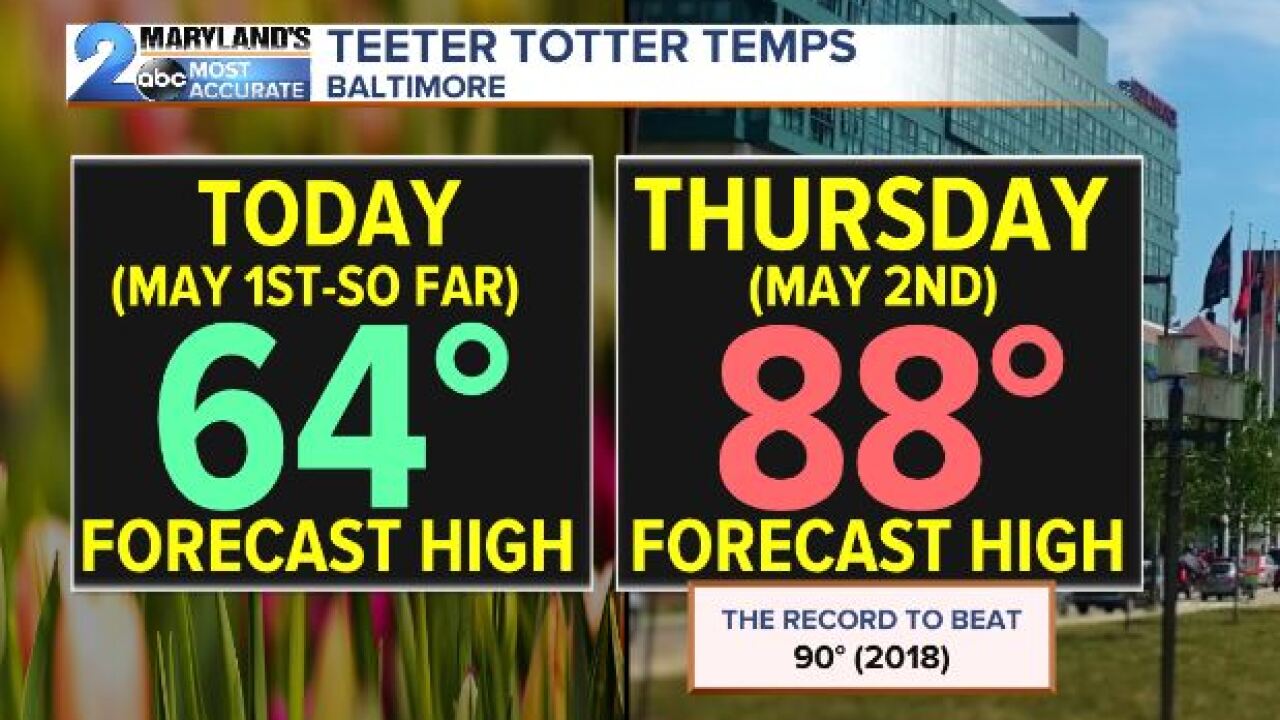 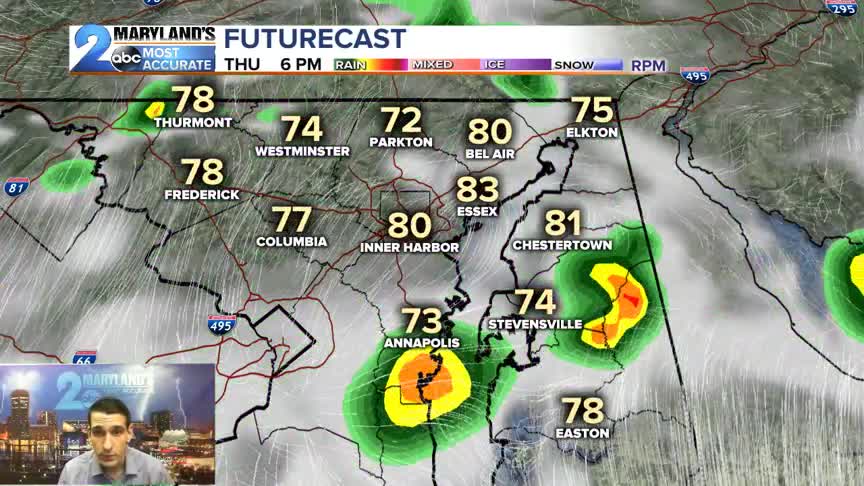 What a way to end April and to start May here in Central Maryland. Temperatures were above average for the month by almost 6 degrees putting us at the 4th warmest April on record in Baltimore. Rainfall was also down by 1.73" with the monthly total eclipsing almost 1.50". We look to make up for those limited April showers though during the month of May as a stalled frontal boundary meanders throughout the area. This week has already showed us hints of the potential pattern to come.

One day it feels like Summer and the next feels like early Spring. Technically we are still in Spring although the thermometer may say something different come Thursday afternoon. High temperatures look to cruise toward 90 degrees in many locations as our warm front waffles back to the north. If we can hit 90 in the city Thursday we would tie the record of 90 degrees set just one year ago in 2018.

One limiting factor though could be late day storms that bubble up with the excessive heat and overlying front within the area. Any storm that we do see could reach severe limits with wind, hail, and localized heavy rainfall as the main threats.

Temperatures look to stay warm right on into the first half of the weekend as the front continues to waiver. Highs will be in the low to mid 80s come Friday afternoon with afternoon pop up showers and storms. The same can be said for Saturday although the back half of the day looks quite wet with energy rising along the front out of the Gulf of Mexico increasing rain chances across the area. Sunday (Cinco de Mayo) looks to be wet especially early as another impulse of energy moves along the boundary.

Rain will be at it's heaviest Sunday morning into early Sunday afternoon so plan accordingly if you have any Cinco de Mayo festivities outdoors. Temperatures will also cool as a result of the rain and cloud cover with highs near 65-70 degrees.

The front finally clears the area by Monday of next week with high temperatures in the mid to upper 70s. Tuesday and Wednesday also look dry before our next frontal boundary moves into the area. Long range 8-14 day trends suggest above average temperatures and precipitation as we move into the middle of May.

Fingers crossed we are not on a repeat campaign compared to what we saw in 2018.