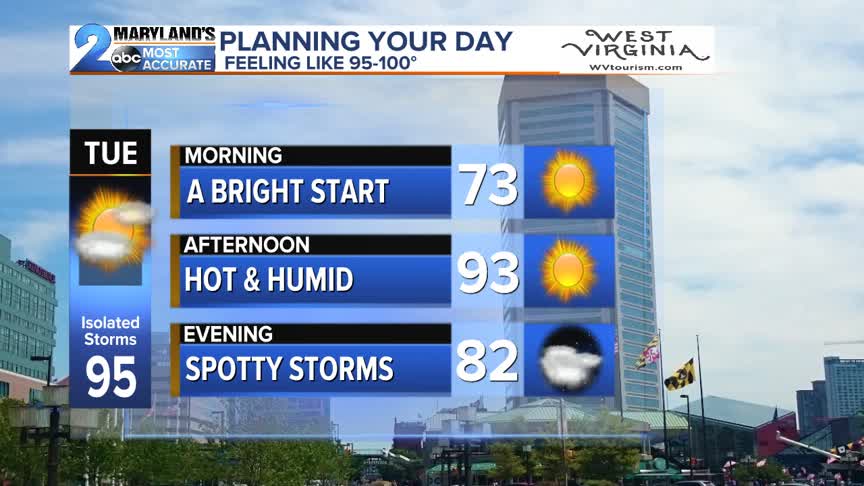 Another hot day ahead Tuesday before storms push in midweek. 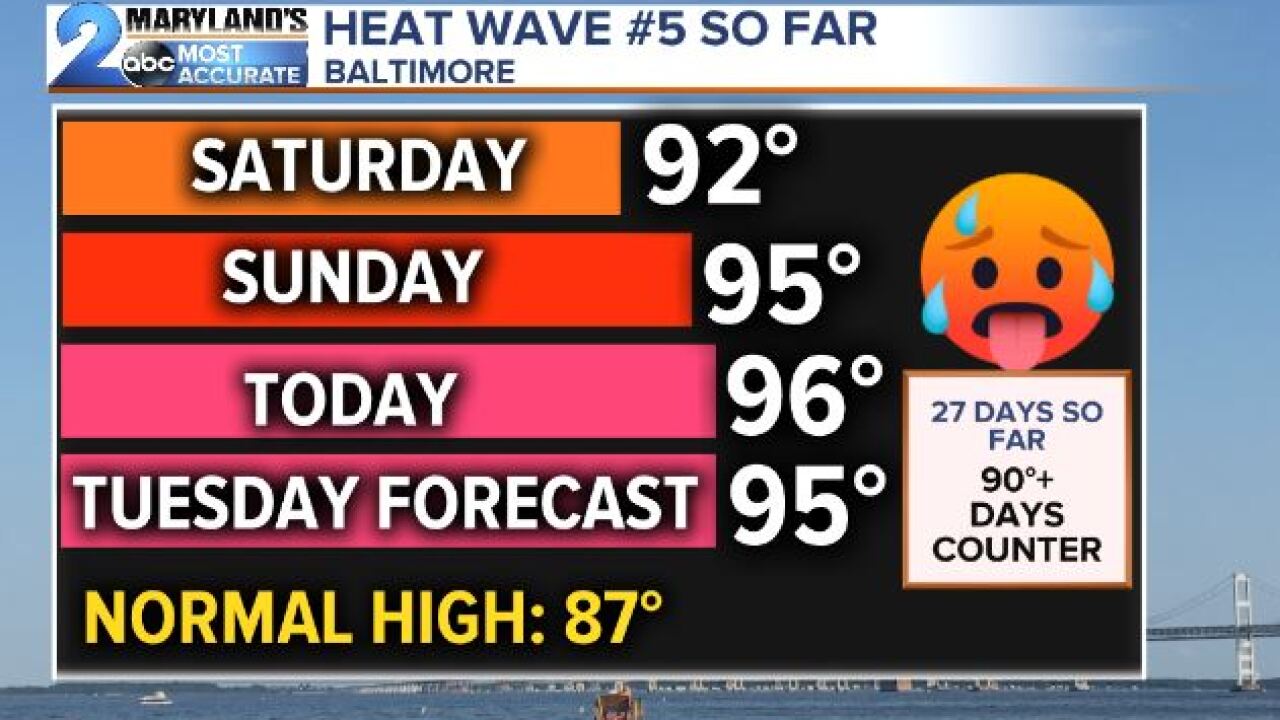 Well Summer is nowhere near over yet even though the thoughts of heading back to school and Autumn lie ahead on the horizon. High temperatures today topped out in the mid to upper 90s with feel like numbers close to 100 degrees. The same can be said for Tuesday as highs once again look to push 95-97 degrees during the afternoon hours with feel like numbers at the triple digit mark.

Like today an isolated shower or thunderstorm cannot be ruled out before higher chances arrive midweek. Wednesday brings a slow moving cold frontal boundary that looks to stall near the region. This front will act as a lifting mechanism with the heating of the day to get storms going during the late afternoon and evening hours. Storms are likely to be slow moving with heavy rain, lightning, and gusty winds as the biggest threats.

Besides keeping an eye on the front we will look toward the tropics in the coming days as low pressure moves through the Caribbean. Right now the National Hurricane Center gives this a low chance of development based upon the storm system moving over mountainous islands and increased wind shear in the area. Behind this area of storms is another tropical wave which just popped off the Cabo Verde Islands (Africa Coast) and could develop over the next 5 days as it crosses the Atlantic.

With increased tropical moisture and a stalled frontal boundary the chances for storms are likely to remain elevated into the weekend ahead. No washouts are expected but you may wanna keep those umbrellas nearby. At least the rain will cool us down briefly!!!