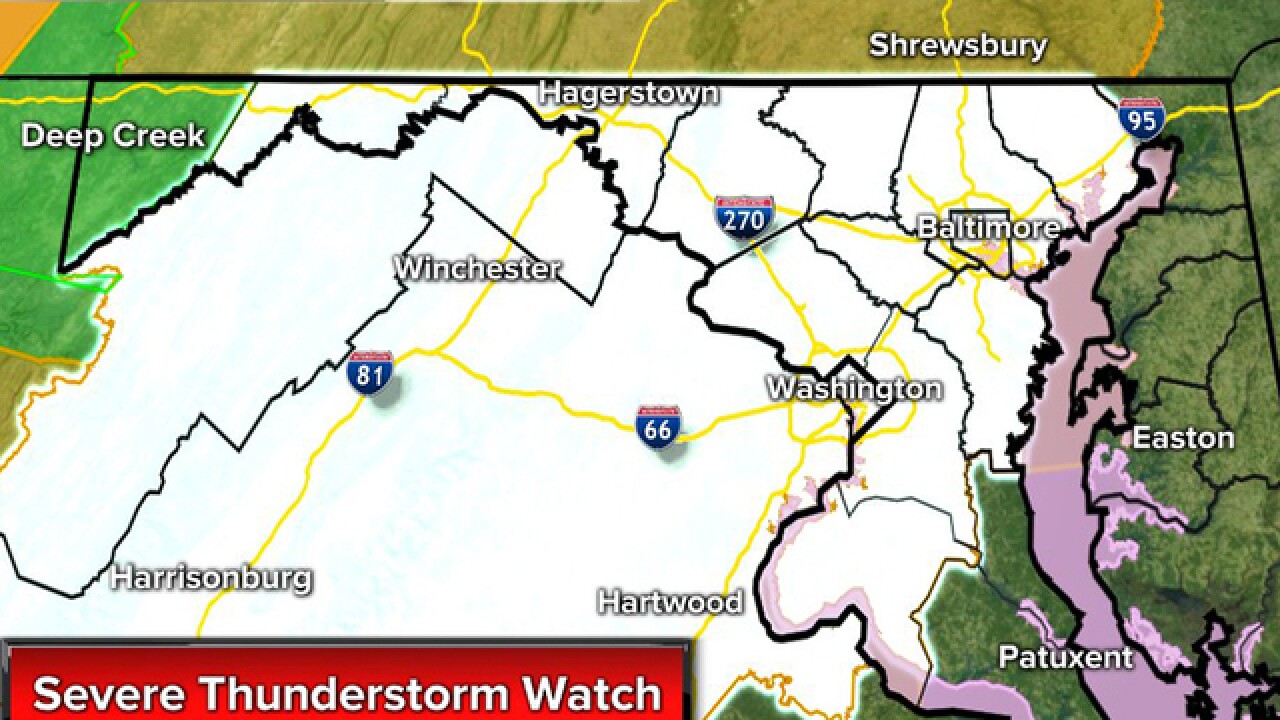 Copyright 2017 Scripps Media, Inc. All rights reserved. This material may not be published, broadcast, rewritten, or redistributed.
<p>A severe thunderstorm watch has been issued in Maryland Wednesday. </p> 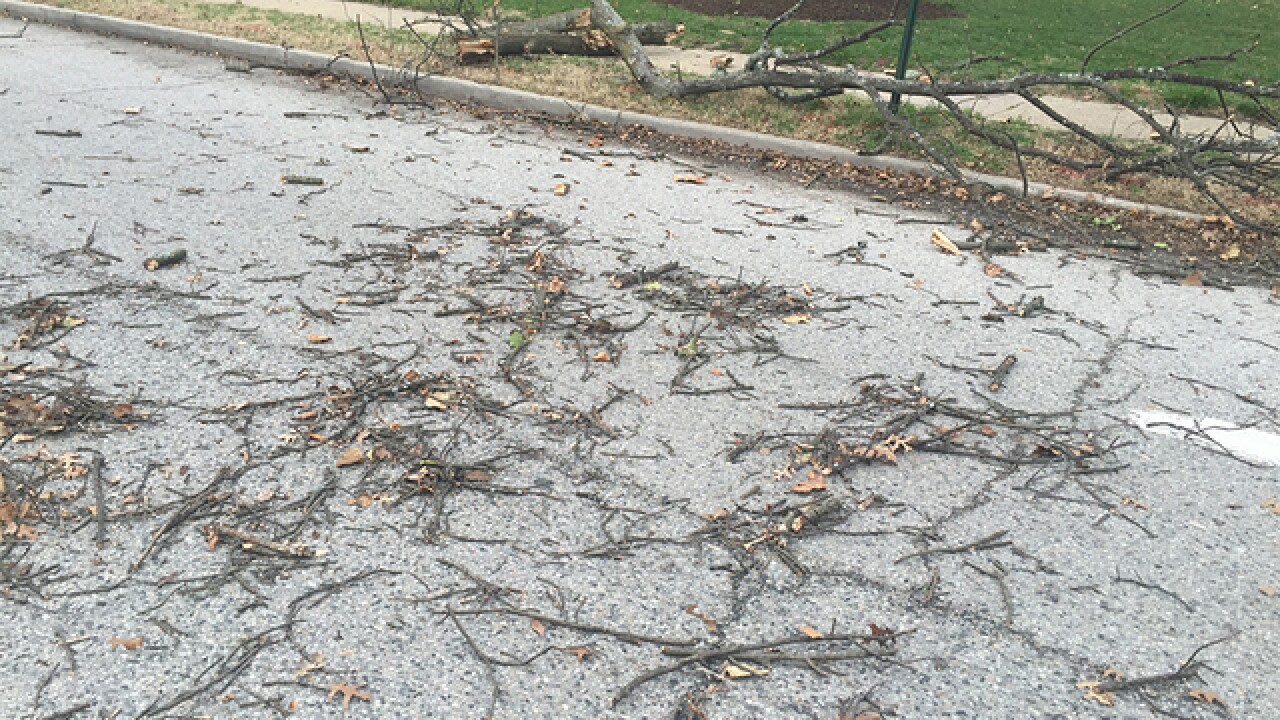 A severe thunderstorm warning had been in effect for Baltimore City, Anne Arundel, Baltimore, Carroll, Harford and Howard Counties until 2:45 p.m.

Caroline, Cecil, Kent, Queen Anne's and Talbot Counties were the next to be put under warnings for storms with damaging winds.

RELATED: What's the difference between a watch and a warning?

A #Wednesday #SkyWatcher . Damaging Winds are the main threat. Hail and an isolated tornado can't be ruled out. Working on updates now. #mdwx pic.twitter.com/ldLjrKb2kT

Strongest storms are south of #Maryland - Still watching this line for redevelopment. pic.twitter.com/eop8YYhVOF

Download the ABC2 News app for the  iPhone ,  Kindle  and  Android