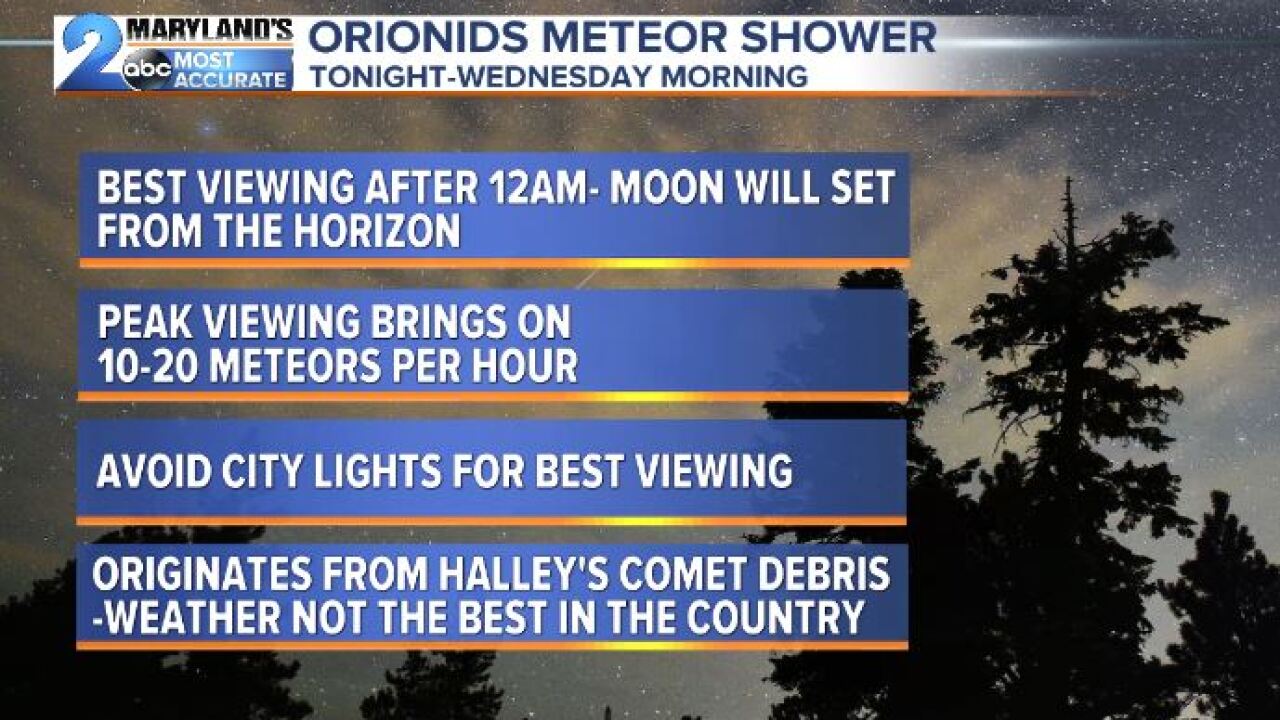 BALTIMORE — The Orionid Meteor Shower is set to peak tonight through Wednesday morning. Best viewing will be after midnight midnight in the southeast sky early Tuesday morning then again Wednesday morning since the moon will have set and skies appear darker to enjoy the show. Many of the meteors will appear to come from the Orion constellation which will be visible days after the meteor show peaks.

So what makes this October meteor shower so special? Well the Orionids originates from leftover debris of the famous Halley's Comet making the visibility window not only for October but early November as well. The best viewing time once again is after midnight or before dawn, when typically 10-20 meteors per hour can be seen. That's according to the likes of EarthSky and NASA. In some of the most extreme shows 50-80 meteors per hour could be seen streaking across skies during the peak show.

Unfortunately for us the weather will be a bit iffy. Clouds increasing tonight could obscure our view for Tuesday morning while lingering rain showers before the front clears late Tuesday night could ruin the view early Wednesday morning. As it stands now the best view should come Wednesday morning as skies clear making for the best chance to see those shooting stars.

Enjoy those shooting stars and if you have a telescope that means you get a bonus view!!