NOT A WASHOUT!! Dodging Storms This Weekend 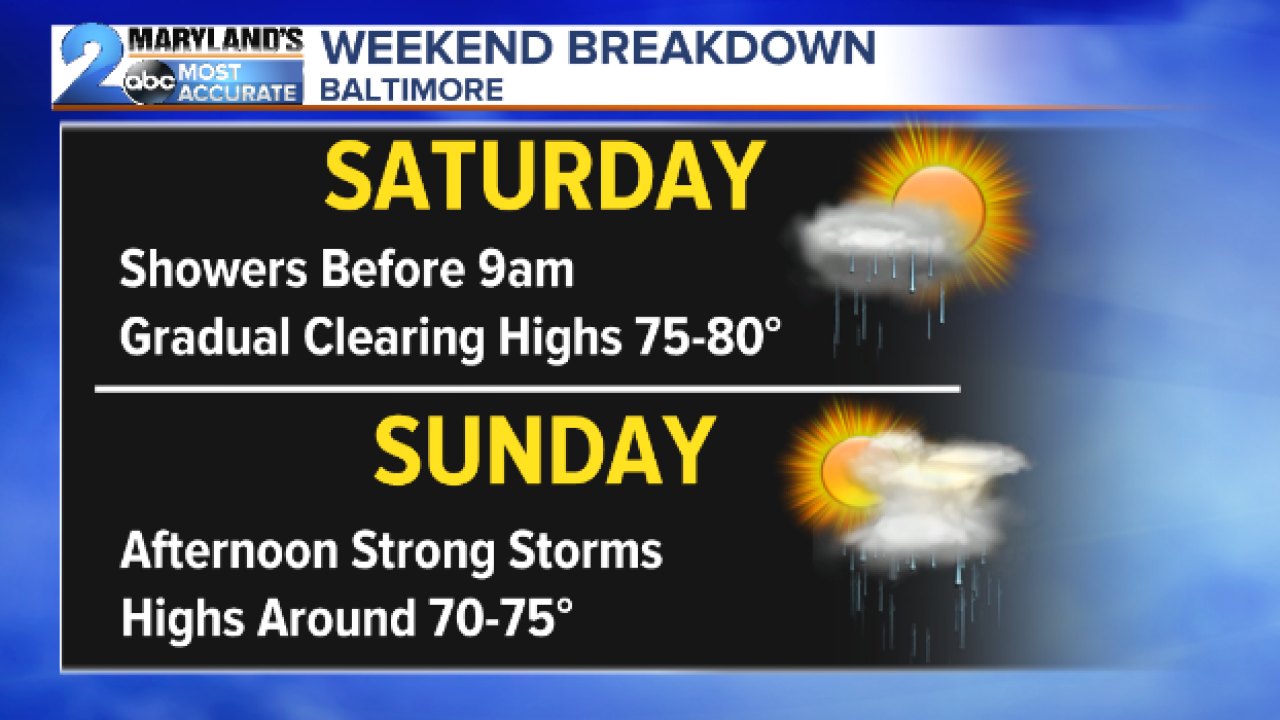 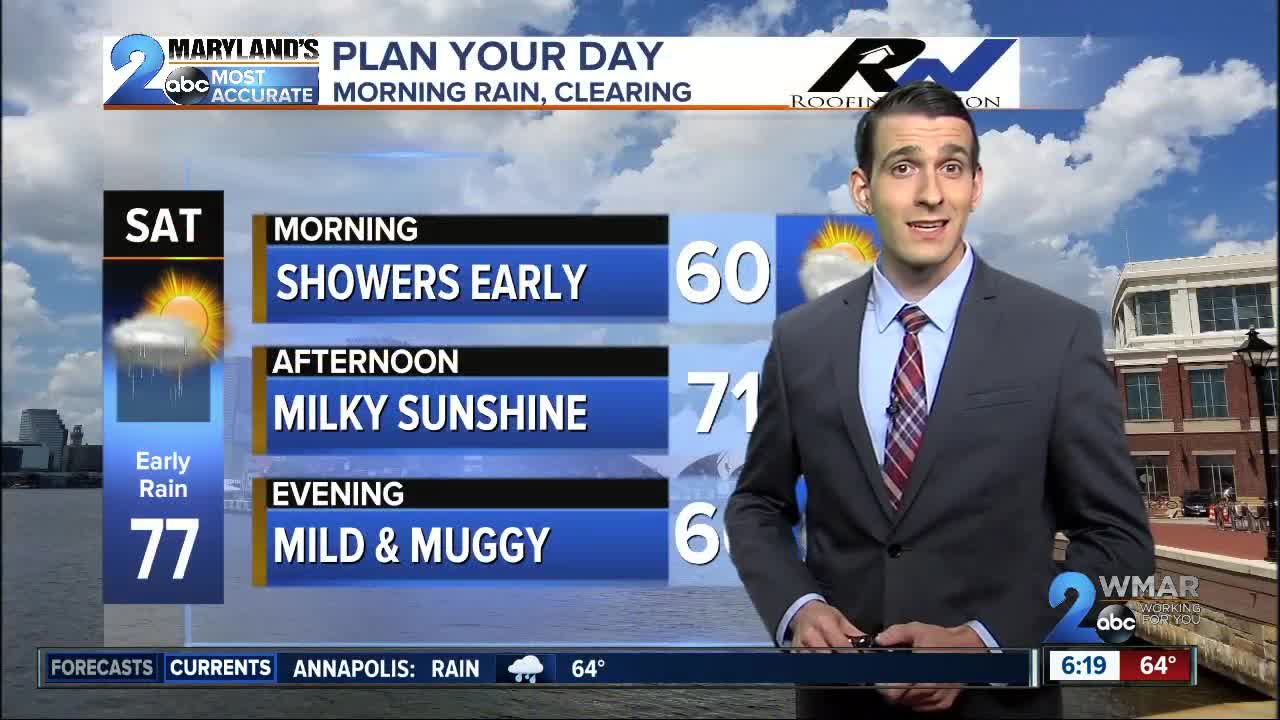 BALTIMORE — After a quiet late Spring-like week across Central Maryland, storm chances return with multiple chances of severe weather. Much of the Mid-Atlantic and Deep South look to be under the threat of nasty storms tonight and right on into the weekend.

The first round of weather arrives overnight as a cold front marches our way. This front is associated with the same storm system that continues to produce blizzard conditions in the Upper Midwest. The front looks to push through the area later on this evening after 8-9pm and continue through at least 3am Saturday morning. Severe weather threats look to be low thanks to some showers earlier in the afternoon and abundant cloud cover above. Many look to see gusts of 30-40 mph with vivid lightning and very heavy rainfall.

Rainfall totals could exceed 0.5" in some locations especially north and west of Baltimore. If you're out on the town late tonight or early Saturday make sure to have that umbrella nearby. Watch for extra ponding on the roadways and reduced visibility as heavier showers move through.

Showers look to start Saturday as the front slowly sags and stalls to our south. Things should start to dry out after 9am with sunshine making an appearance after lunchtime. As a result high temperatures will climb into the mid to upper 70s and may even near 80 degrees. Severe weather concerns stay down in the southern states as low pressure gets going out of the Gulf. This same storm system will produce our severe threat come Sunday afternoon-night.

Uncertainty remains in this part of our forecast to close out the weekend. What we do know is that there will be a widespread severe weather threat from the Gulf Coast States back into the Ohio River Valley and southern Mid-Atlantic. Storm fuel will be readily available with high temperatures climbing into the 70s and dewpoint values in the 60s. There will also be abundant wind energy in the lower levels with a front nearby and area of low pressure tracking across the Ohio River into Canada. Timing though is the big question here and the placement of the low in relationship to our region.

Right now models continue to hint at a late afternoon-early evening into the overnight type of event. If that is the case our threat will be limited to a degrees. The primary threats look to be damaging winds, small hail, and very heavy rainfall. An isolated tornado is not out of the question especially west of the city based on the current track.

Please stay weather aware this weekend as this forecast looks to change. Remember you can download our free WMAR2News mobile app or look us up at wmar2news.com for the latest weather updates.