No snow, more warmth, and another round of rain 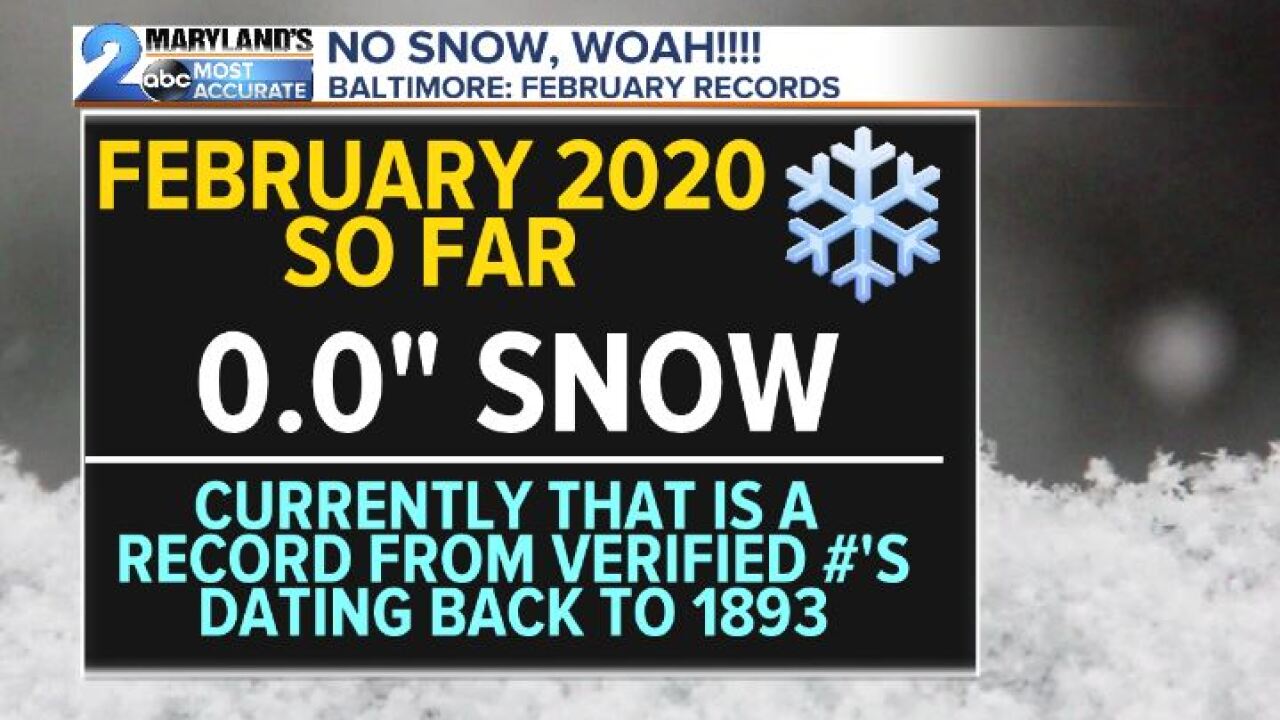 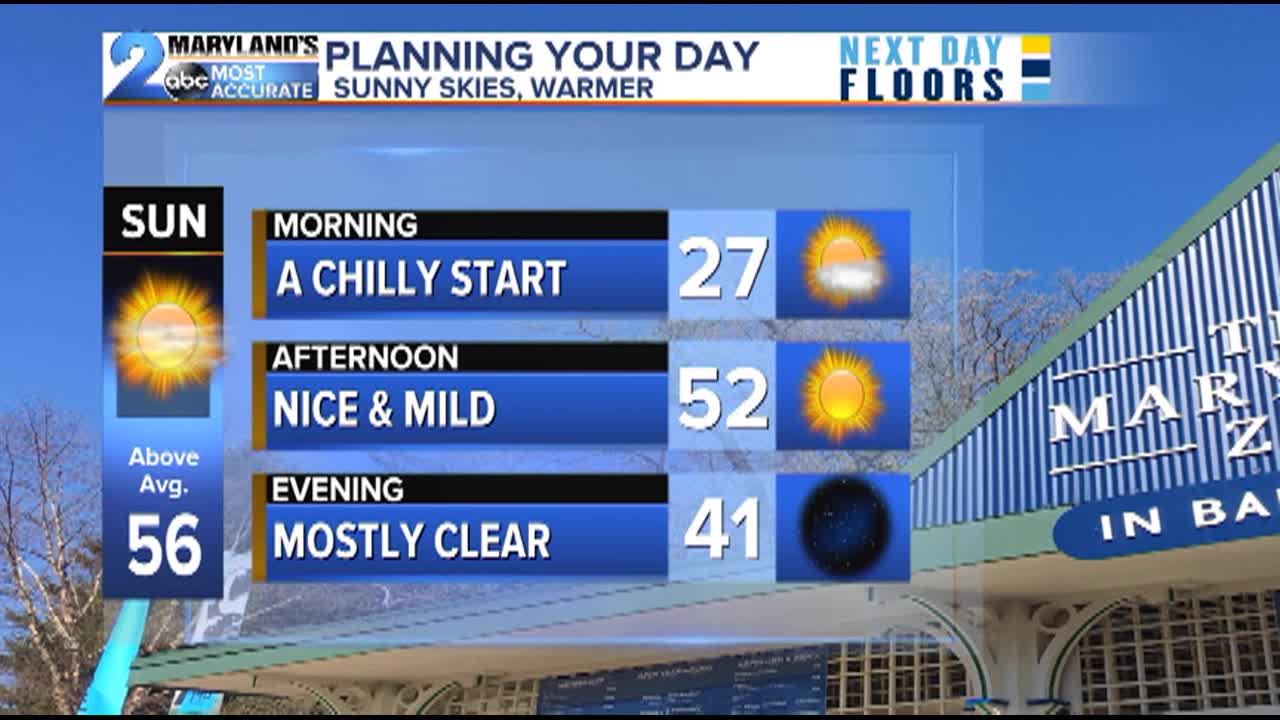 We make it two consecutive weekends now with great weather conditions after our 9th coldest days since "Meteorological Winter" started back on December 1st, 2019. A strong area of high pressure continues to prevail over a good chunk of the eastern 2/3rds of the country leaving blue skies, sunshine, and above average temperatures in it's wake.

Most locations today will get back into the low to mid 50s after starting close to 20 degrees this morning. Even warmer air rolls on in here Sunday and Monday with high temps closing in on 60 degrees. This is 10 degrees above the normal of 47 degrees for this time of year but what's new.

Our Winter as a whole has been above average with more than 32 days with highs in the 50s, 60s, and 70s to start 2020. The average monthly temperature for January was nearly 7.5 degrees above average with not much change during the month of February as well. We remain tied for 3rd snow-less winters with only 1.8" of snow recorded at BWI Thurgood Marshall and no snow so far during the first 22 days of February. No snow in February with none in the current 7 day forecast means another record yet to be broken in this lackluster winter season.

Continued warmth remains in the extended trend along with normal to slightly below normal precipitation. Rain returns Tuesday and Wednesday as another storm system tracks west of the area through the Ohio River Valley. This puts us on the warm and wet side of things which means the likelihood of that no snow in February weather record to be broken. Rainfall amounts don't look to impressive during this time frame as the warm front and trough lift through Tuesday and the cold front follows midweek. Another weak cold blast is expected Thursday, Friday, and Saturday as temperatures fall back below average.

The hope for snow lovers is the month of March. We have seen some pretty decent snows during that time frame although we usually only average close to 2" for the month alone here in Baltimore. The 8-14 day trend does not provide us with any merit though as above average temperatures look to remain with normal precipitation chances.

Time will tell though!! Just think back 11 years ago to the 2008-2009 season where we picked up 5.8" of snow after limited snow during the previous months. It can happen folks and the best part about is that it melts fast since the sun angle is higher. Stay tuned!!