Temps back around 90 degrees for the... 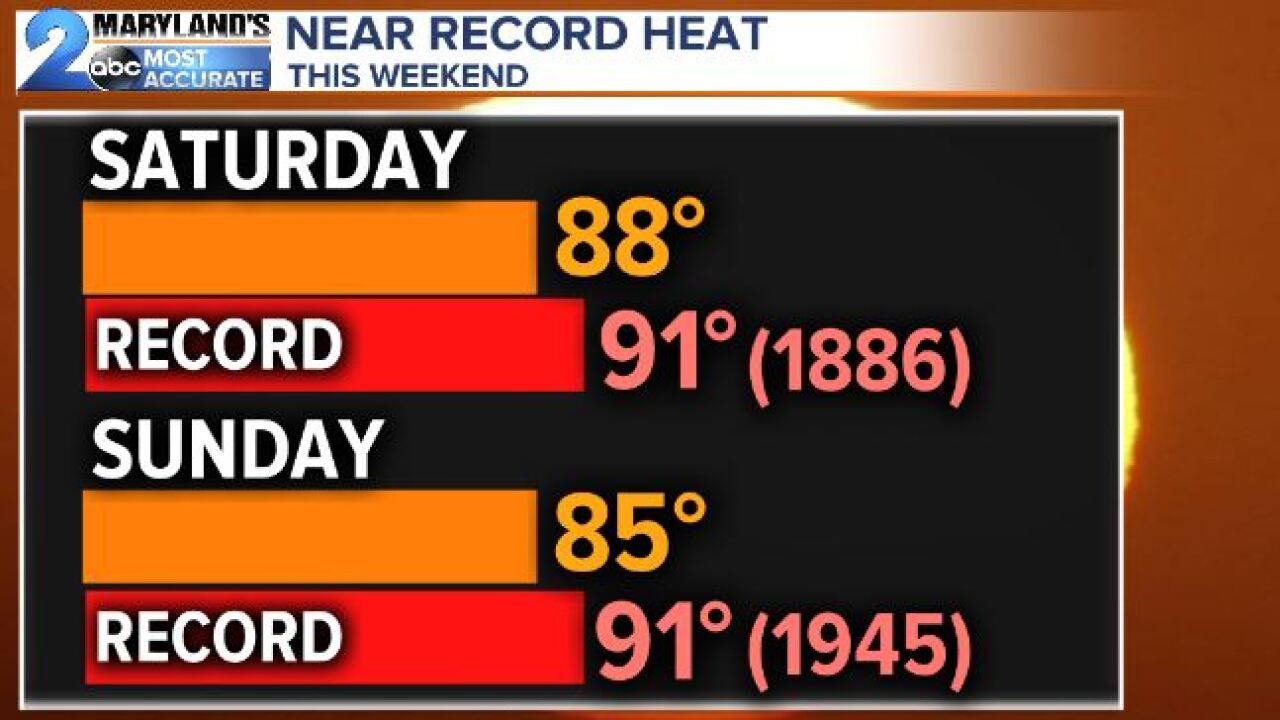 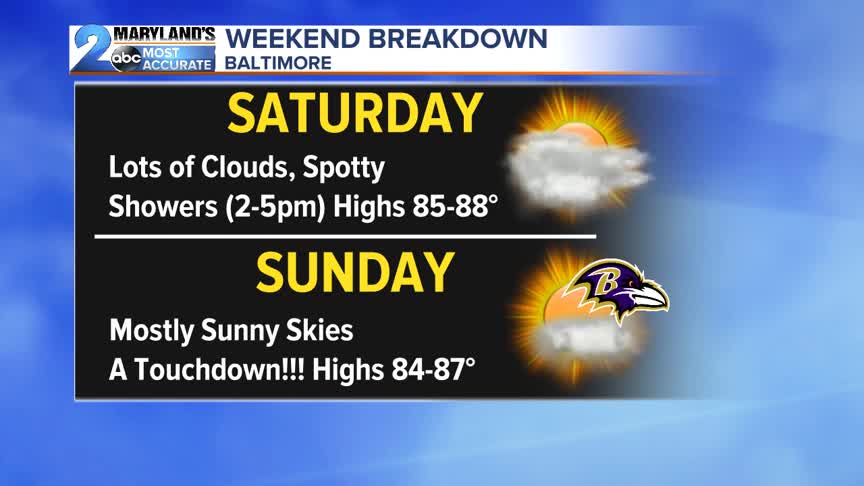 Summer continues to stick around despite the calendar saying it's Fall. The last few days in Maryland and throughout the eastern half of the United States have been above average with little change expected over the weekend ahead.The same can also be said for the first few days of October as high temperatures look to climb back above 90 degrees.

Today (Friday September 27, 2019) we had a brief cool-down. Temperatures were still above average in the low 80s but humidity was down making it feel more like a Fall-like day. By Saturday and Sunday temperatures look to get hotter as a front approaches the area. There is even a possibility of challenging a few records across the area including right here in Baltimore.

Besides the heat we will be talking humidity returning to the area which may even spark a few showers as the front approaches later in the day. Any shower activity will be brief though and not amount to much as the front drifts through. The timing to plan around is anywhere between 2-6pm. Severe weather does not look to be an issue at this time but one or two storms could get strong due to the excess heat across the area.

Shower activity and humidity will cease for Sunday's Ravens vs. the Browns tilt at 1pm. Highs will be back in the low to mid 80s with tons of sunshine as a new area of high pressure moves on in. Records will still be in reach though even on this day.

Cooler air filters in briefly behind the front as it sags further south Monday but clouds and even the chance of shower remain on easterly flow. That cool-down will be brief once again before we turn on the burners into October or should we say "Aug'tober." Highs Tuesday and Wednesday likely to topple 90 degrees and break more records.

After that is when the pattern really starts to change with a significant drop in temperature for the first full weekend of Fall. Maybe just maybe it will finally start to feel like Autumn across the area. Stay tuned!!