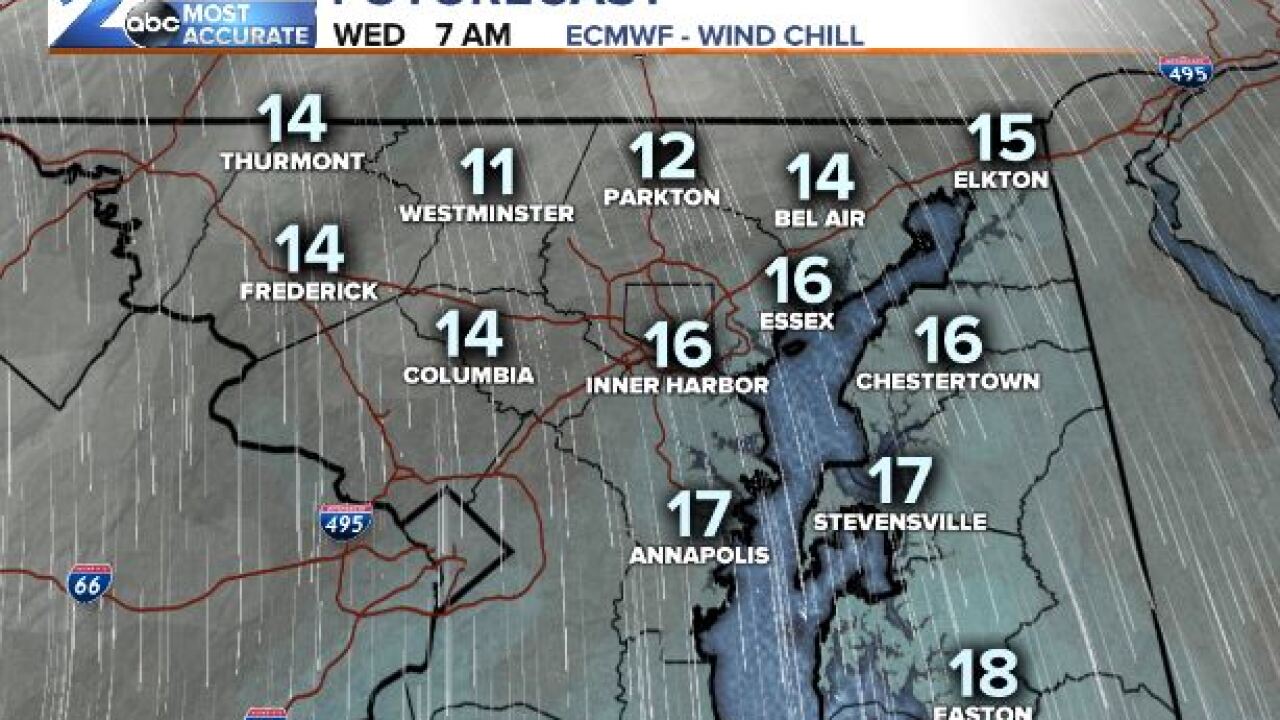 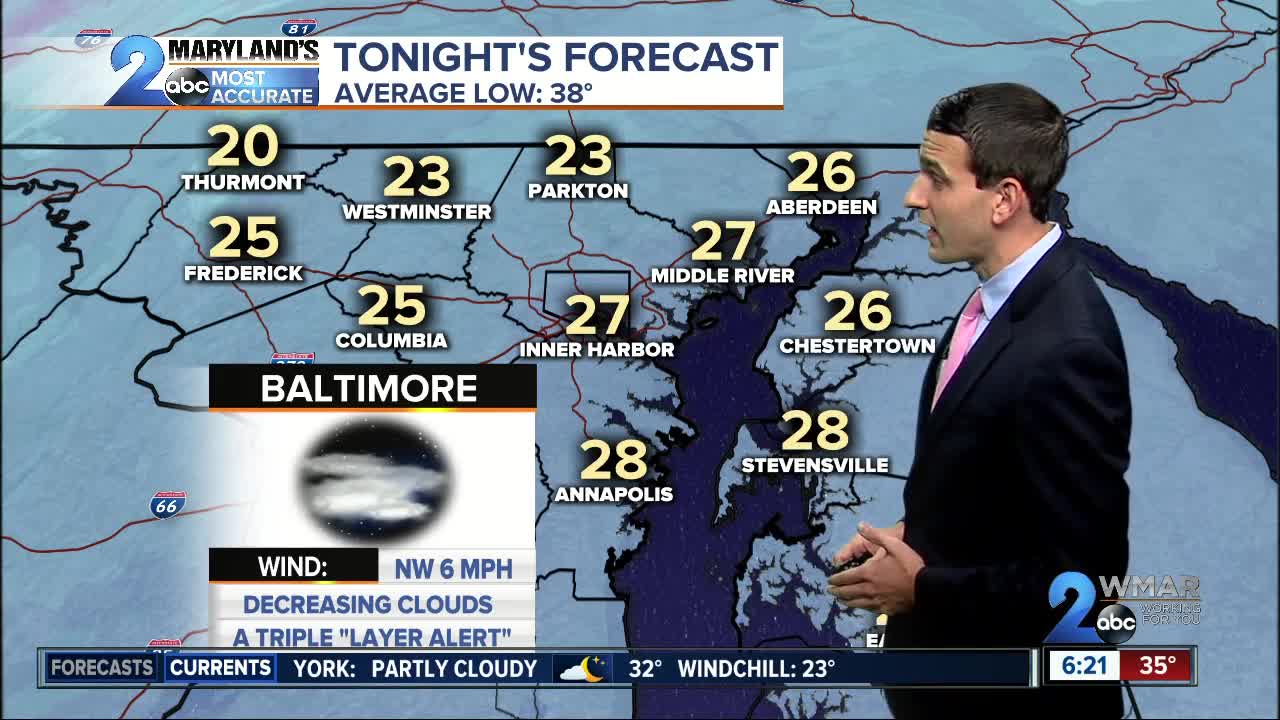 Our "Arctic" front has cleared the area leaving a few leftover flurries and snow showers in it's wake. Temperatures continue to crash from highs starting in the low 60s around midnight this past Tuesday to below freezing as we finish out the day.

Wake up temperatures early Wednesday morning look to be at record levels in many locations. In Baltimore the record to beat is 22 degrees from 1911 with a forecast low of 23 degrees. In other areas especially north and west of the city temperatures could be down in the upper teens. The same can be said for those living on the interior Eastern Shore and Southern Maryland where a little snow pack is on the ground thanks to the fronts slow departure.

On top of the cold air we look to deal with some pretty harsh wind chills. Air temperatures in the 20s as we head off to work and school will feel more like the low to mid teens despite decreasing winds during the overnight hours. Wind chills will remain in the 20s through much of the day Wednesday before dipping back into the teens early Thursday morning.

Please plan accordingly with plenty of layers!!! The hats, gloves, winter coats, and even face mask will come in handy Wednesday and Thursday mornings at the bus stop as those temperatures dive down toward record levels. Besides layering up don't forget about your pets this time of year. They don't like to be in the cold just like you don't wanna be out in the cold so make sure your furry friend has a warm spot to go during the heart of this quick hitting cold snap.

Temperatures rebound Thursday and Friday as highs climb back toward 50 degrees. Another cold shot is on the way for Saturday though with highs temperatures returning toward the upper 30s and low 40s. This will be a result of a weak front traversing the area. As of now the Ravens game looks dry with highs near 50 before even warmer and wetter conditions arrive early next week.

Long range trends suggest drier than average conditions to finish out November along with above average temperature compared to the cold right now. So if you don't like the chill just stay patient, add a few layers, and the seasonable temperatures will be back before you know it.