Multiple planets and a meteor shower in the Maryland sky 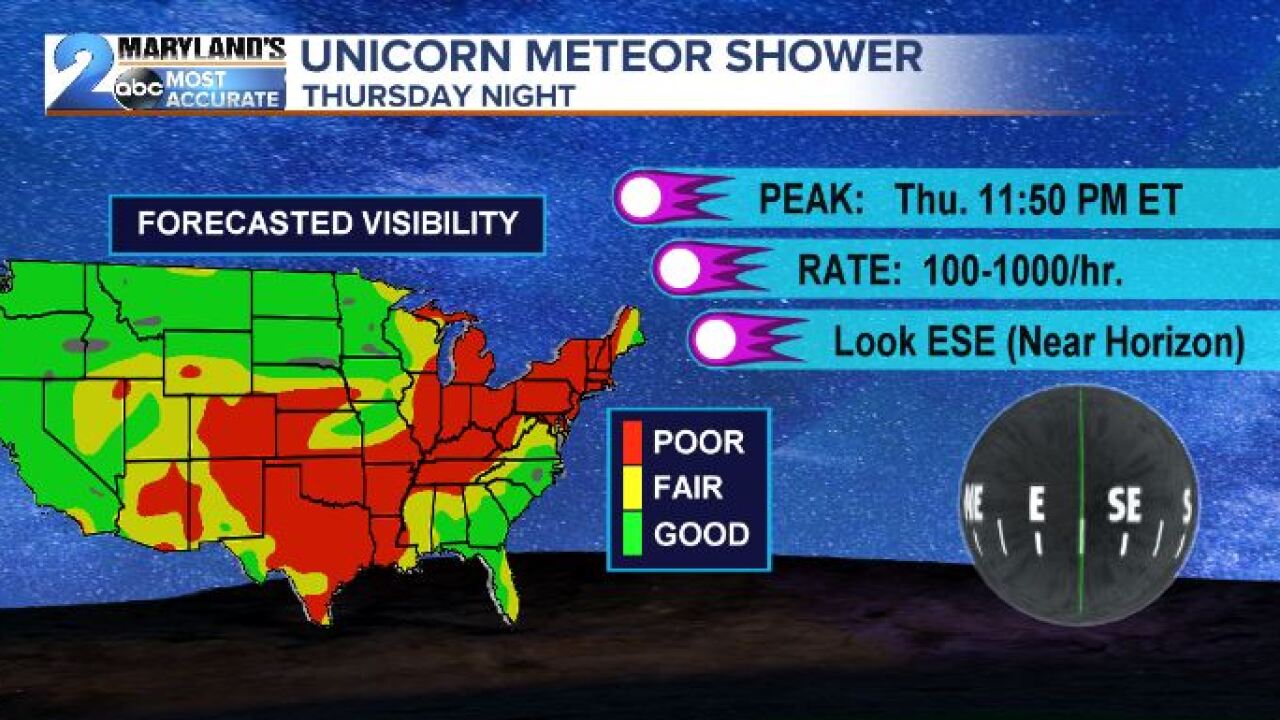 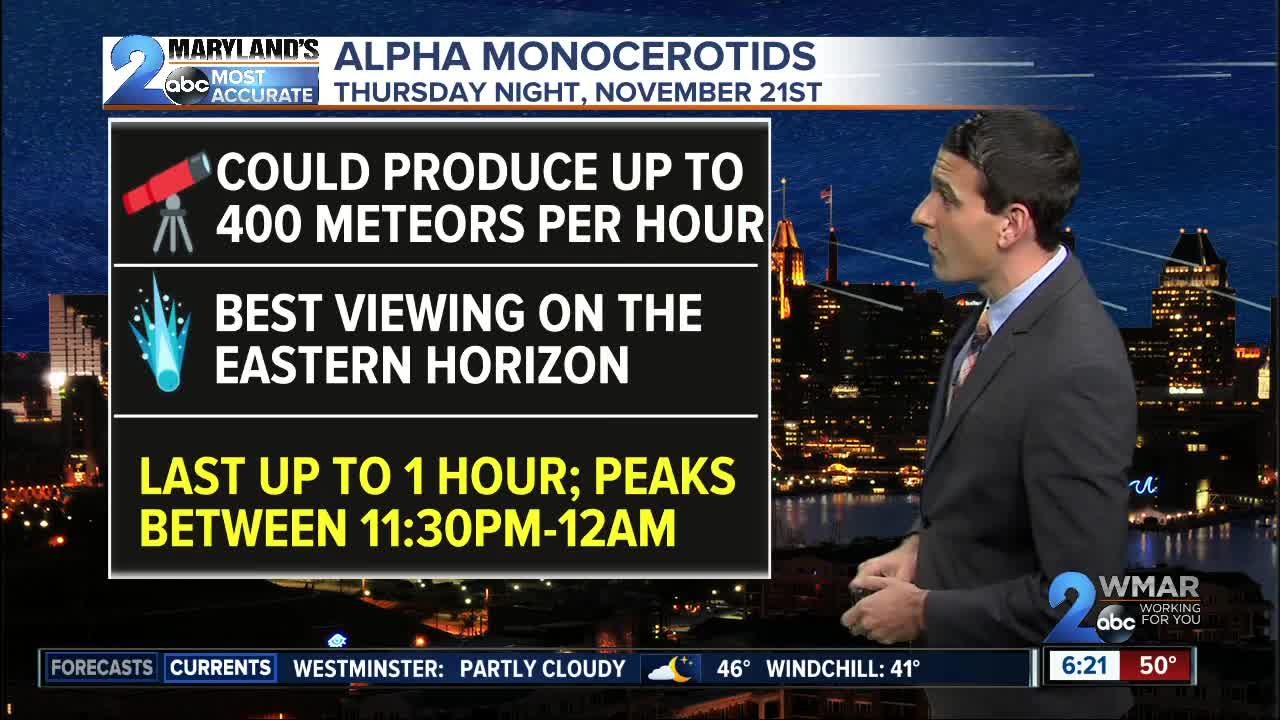 Multiple days of sky watching ahead with multiple planets in the skies above and a pretty impressive meteor shower coming up late Thursday night (November 21st). Venus, Jupiter, and Saturn kicked off our array of sky-watching events tonight as they hover in the southwest sky above. The two will tango into conjunction (parallel to each other) November 24th with Saturn lurking just above. Best viewing looks to be one hour after sunset from now through November 29th. Each planet will be visible by the naked eye as a large bright dot in the sky but a telescope will only enhance the view along with details of the planets in the skies above.

Early Thursday morning brings Mercury, Mars, and the star Spica in the eastern sky above one hour before sunrise. Both Mercury and Mars will be on the low eastern horizon from now through November 25th. Once again both will appear as small bright dots in the sky visible to the naked eye. A telescope or binoculars will provide better viewing especially away from well lit areas.

Thursday night though is the biggest sky show overall with the Alpha Monocerotids or Unicorn meteor shower set to take the main stage. Up to 400 meteors can be seen within a matter of 30 minutes according to science at NASA'S AMES Research Center . Previous events such as an outburst of shooting stars in 1995 have yielded similar meteor means so this gives scientists a basis to work with when it comes to a prediction on this upcoming show. To get the best view of course you are gonna need a telescope or a good pair of binoculars. You'll want to get out around a half an hour before peak so somewhere around 11:15pm to 11:20pm since peak sits somewhere around 11:50pm. Make sure you are away from the bright city lights and find a spot that is a bit elevated so you can see the show with minimum obstruction on the low eastern horizon.

Weather could impact this show making it boom or bust. High pressure will be in control early in the day with clouds holding off until Friday morning out ahead of our next system. There is a short window of clearing before the clouds come in right around midnight to 1am Friday morning. This clearing opportunity will depend on how strong the departing high is and the lag in the system expected to move in Friday. Low temps will be bearable in the 40s for decent viewing. Stay tuned for further details on the forecast and it's impact on what looks to be a potentially epic meteor shower for the ages.